The Vietnam War comes home to Arkansas in a Nancy Drew novel for adults. 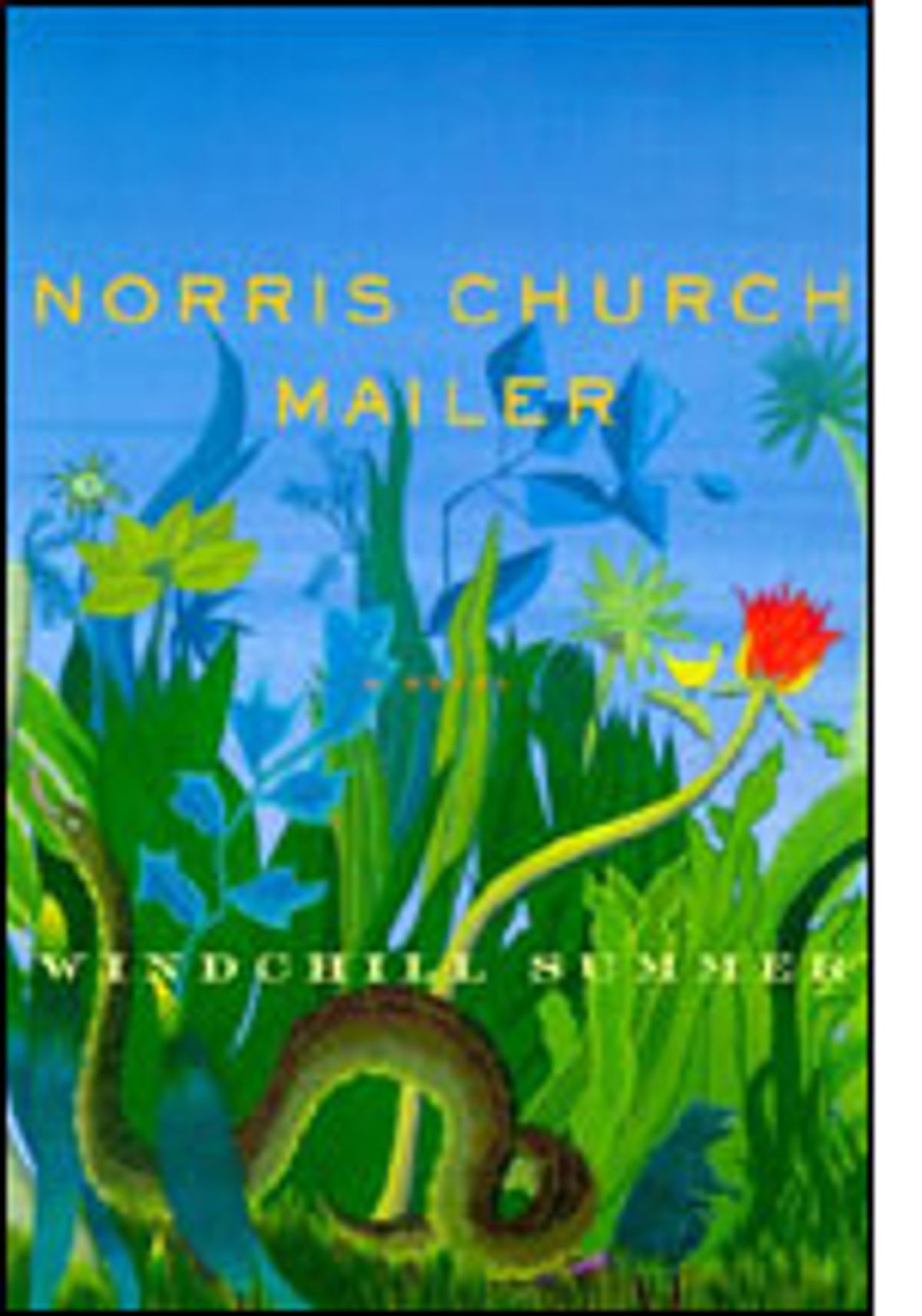 Norris Church Mailer's debut novel is the story of a good girl, Cherry, coming of age in Sweet Valley, Ark., in the summer of '69. And yes, this Mailer is related to that Mailer -- wife of Norman, successor to the one he stabbed in 1960; and yes, she's actually known as a painter, not a writer; and yes, the pair's blended family of nine children must be so over their parents' obsession with the '60s.

All that said, this gentle thriller isn't bad. Imagine a Nancy Drew in her 20s -- having sex and smoking pot for the first time, but still managing to solve mysteries and get lost in caves when her flashlight battery burns out -- and you've got "Windchill Summer." (And as a Nancy Drew fan, I mean that as a compliment, not a slight.)

Cherry and her best friend, Baby, are spending the last summer before they graduate from college living at home, hanging out at the Kwik Kurl and the Freezer Fresh diner and working the night shift in a pickle factory. But when, after two of their childhood friends have died in Vietnam, another one turns up dead, her body mutilated and dumped into a lake, their languid and lazy days come to an end:

"The third one of us," Baby said. "The third one of our class to die. First Bobby, then Jerry, and now Carlene." It was bad enough to have our boys fighting in that insane war clear on the other side of the world, horrible enough that Bobby Kennedy and Martin Luther King had both been murdered in cold blood last year, but now some maniac right here in Sweet Valley, Arkansas, had killed Carlene Moore.

With these three deaths, the distant war moves from the background to the foreground of Cherry's world. And soon its walking, talking casualties come to Sweet Valley.

First, Cherry falls in love with a handsome young Vietnam veteran who drifts into town and lands a job at the pickle factory. (But can he be trusted?) Second, a high school friend returns from Vietnam and, having spent most of the war crawling through miles of Viet Cong tunnels, sees danger where there is none and finds comfort only in the cool, dark caves of the Arkansas upcountry. (Is his link to reality tenuous and fraying?) Finally, a packet of letters reveals that the murdered Carlene's boyfriend sent her information and film after he witnessed the massacre at My Lai. (Was someone out to destroy it?) With these threads Mailer weaves an intrigue that connects the events of "that insane war clear on the other side of the world" to sleepy ol' Sweet Valley.

Put the events at My Lai, described in vivid and terrifying letters from Carlene's boyfriend, next to our young protagonist's woes -- Can anything tame her curly hair? Will she go to hell for smoking pot? Is her boyfriend going to paint a bikini over his nude portrait of her before he shows it to anyone? -- and you've got some idea of the Vietnam-vs.-apple-pie juxtaposition Mailer is after. And while it seems like the more interesting question would be "How do the young soldiers move from the horror of their past into the mundaneness of their present?" Mailer keeps her young heroine's POV at the novel's center.

It's a strange choice -- mostly because Cherry evinces only the mildest curiosity about events outside Sweet Valley. She cares because she cares about her friends, but her coming-of-age epiphanies are of the "Gosh, this war's a nasty business" variety rather than the "This war's destroying us and it's gotta stop, damn it!" variety. Per coming-of-age protocol, in the course of the book Cherry learns a lot about the big, bad world, but somehow we're never quite sure how much it resonates in her little blond head. The war blows into town in "Windchill Summer," but our heroine barely shivers.

More thriller lite than "The Catcher in the Rye," "Windchill Summer" is a snappy read -- fast and engrossing and well constructed. If it's profundities you're after, this ain't your book. But if you're too old for the Nancy Drew books (or maybe you've read them all already?), then "Windchill Summer," with its airy heroine, is perfect for the beach.