A peek inside the contentious company's shockingly mellow boardroom playlist, and other hits from the RIAA's latest court filing. 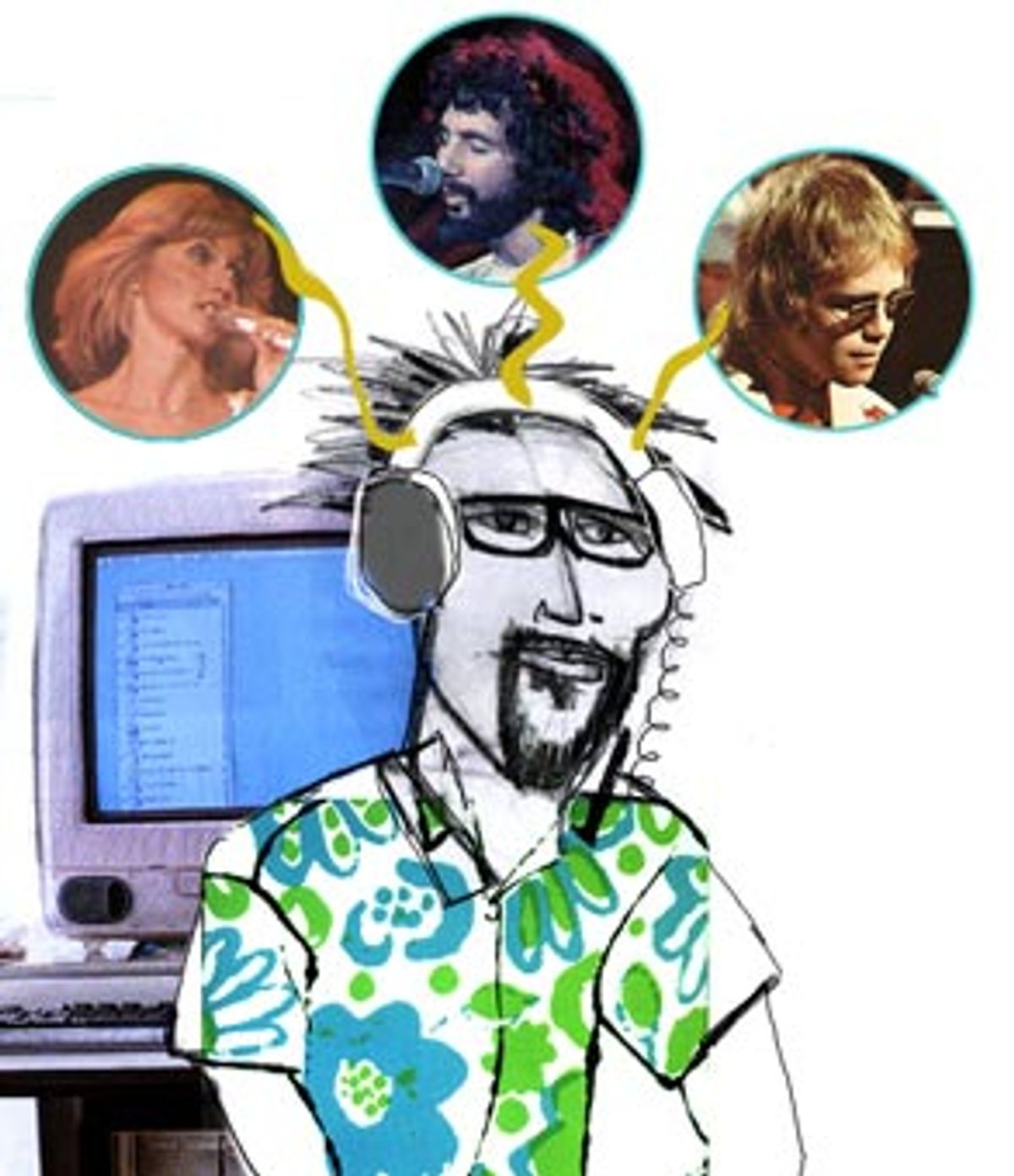 Question: What music do you listen to at the office when your revolutionary start-up is attempting to overthrow the $40 billion record business?

Answer: If you happen to be an executive at Napster, ground zero for the online music rebellion, you've got a soft spot for schmaltzy '70s pop and shopworn classic rock.

Talk about back to the future.

A small footnote in the Recording Industry Association of America's recent brief, filed June 12 in support of the Association's request for a preliminary injunction to shut down Napster -- the runaway file-swapping software that now expects to have 75 million users by year's end and whose worth is currently pegged at roughly $100 million -- uncovered a telling detail.

Lawyers for the RIAA seem to have included the revealing nugget to help Judge Marilyn Hall Patel of the Ninth Circuit Court in San Francisco understand a critical point: While Napster brass has publicly downplayed the software's piracy applications -- suggesting instead that it is really a tool to find new acts -- they were in fact busily downloading a bunch of copyrighted hits.

"In the end," wrote the attorneys, "every single Napster executive download contained blatantly infringing recordings." The RIAA even found its own incriminating quote: Just as interim Napster CEO Eileen Richardson told a reporter that her company's software is about new acts, "not about Madonna," the exec had five Madonna MP3 files in her Napster library.

Call it the curse of discovery. When Judge Patel denied Napster's initial request for summary judgment in May, she gave a green light to a pissed-off army of record industry lawyers to find their own smoking guns for a brief.

Musical tastes at Napster HQ may indeed be curious. But Judge Patel will probably be more interested in a series of internal, hand-in-the-cookie-jar Napster e-mails that capture co-founder Shawn Fanning and Sean Parker talking openly about the pirated songs that Napster users swap.

"Users ... are improving their experience by providing information about their tastes without linking ... to a name or address or other sensitive data that might endanger them (especially since they are exchanging pirated music)," wrote Parker in one exchange. Meanwhile, in an internal strategy document, Fanning ungrammatically outlined the company's Gatesian goals: "Napster about death of the CD; Record industry may be unwilling to support this transition (but their bottom line); Record stores (Tower Records ) obsoleted."

Napster's online promotional pitches from the early days (i.e. fall of '99) should also be of interest. One example boasted that "Napster is the world's largest MP3 music library," and that "Napster virtually guarantees you'll find the music you want, when you want it and you can forget about wading through page after page of unknown artists." The latter is a not-so-subtle dig at MP3.com, where unknown acts peddle their wares. Such boasting still doesn't jibe with the notion that Napster was created to help expose unsigned acts. The RIAA points out that when its suit was filed against Napster last December, this language was taken off its site.

Here's another curious tidbit lifted from Richardson's deposition: "Napster has entered into a written agreement with online retailer Amazon.com, pursuant to which Napster will receive a portion of the revenues Amazon receives from users Napster refers." That's a reference to what mega-online retailer Amazon.com calls its associates program, wherein sites link up to Amazon for a sales cut (if users ending up making purchases at Amazon).

If the agreement is accurate, it would mark Napster's first major alliance with an established retailer, no doubt irking major-label players who seem bent on putting Napster out of business. A spokesperson for Amazon.com would only say the company "is in discussions with Napster."

In response to the RIAA injunction request, Napster's newly installed CEO, Hank Barry, insists: "File-sharing technology is here to stay. It does not threaten copyright any more than any of the other technologies that have been developed in the past. The RIAA is seeking to control this technology by claiming that its only use is to infringe. Nothing could be further from the truth."

No word yet on Barry's musical preferences.