Flattery will get you everywhere

The author of a new book on sweet-talking was Bill Bradley's chief speechwriter. Maybe his stoic former boss should have perused a few chapters. 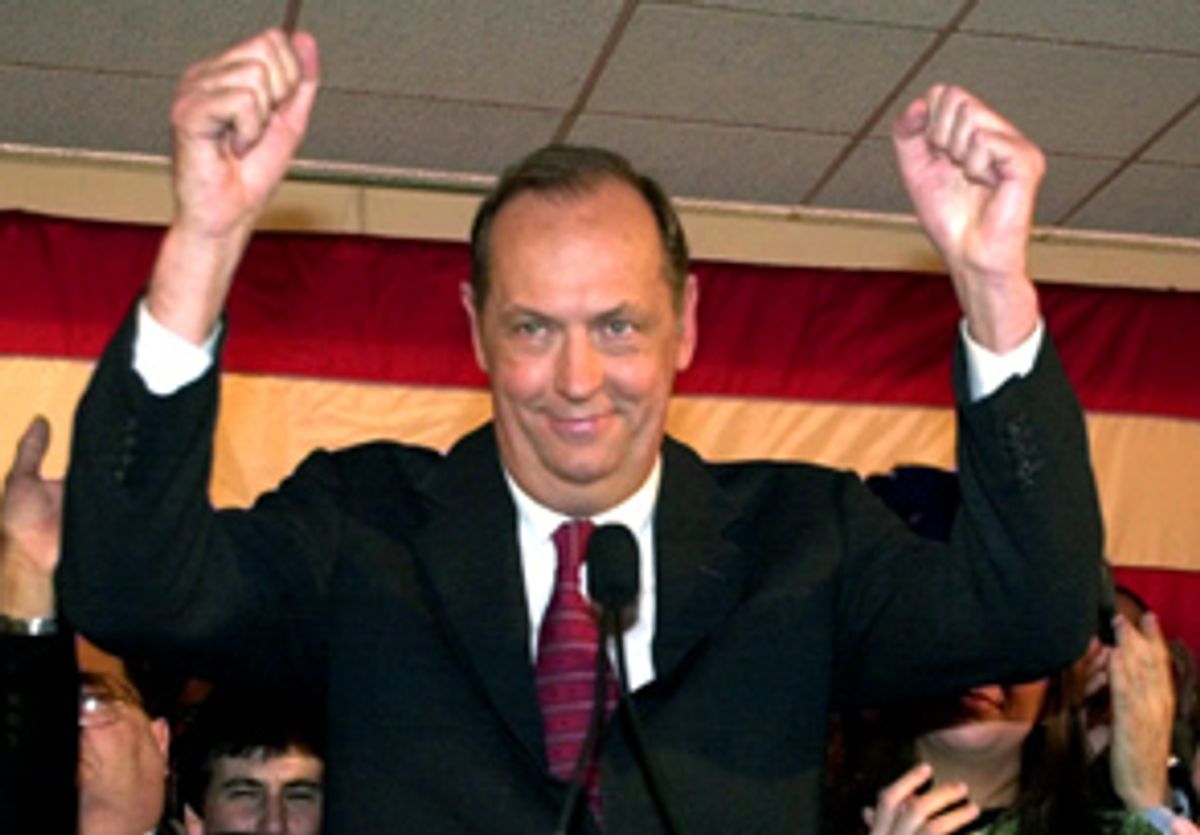 Flattery, writes, Richard Stengel, "is strategic praise, praise with a purpose. It may be inflated or exaggerated or it may be accurate and truthful, but it is praise that seeks some result, whether it be increased liking or an office with a window."

Incongruously, before his book, "You're Too Kind: A Brief History of Flattery," was published, Stengel was senior adviser and chief speechwriter for one of the least flattering presidential candidates in recent history, the more-than-occasionally dour, former New Jersey Sen. Bill Bradley.

We caught up with Stengel -- at his new office at Time.com, where he was named managing editor last week -- to explore this angle.

So did Bill Bradley do enough flattering?

Well, first of all he subscribes to the sports ethos. And the coach's ethos. So when you say something is "pretty good," that means it's really fantastic. So, for example, if he said a speech I wrote was "pretty good," that in anyone else's vocabulary was "fantastic." And for me, as an ex-jock [like Bradley, Stengel played basketball at Princeton], I completely get that. It's a traditionally masculine thing. So that's on a staffer level.

What about to the American people? Did he flatter the voters enough?

Generally, Bill doesn't subscribe to the normal grade inflation of praise in our society. In the book I write that the ancient Greeks thought that the greatest worm in democracy was demagoguery -- but by that they meant politicians who flatter the public, flatter the demos. They saw that as a great danger.

Now we see that in modern days. Ronald Reagan was the greatest flatterer of the demos in our time. "I trust the wisdom of the American people," he would say. With Bill Clinton, it's the same deal. On the day he got impeached, he stood on the South Lawn of the White House and said that "the American people almost always get it right, they've been getting right for almost 200 years." Clinton is a master flatterer. He's always listening intently to us, telling us how great we are.

Bill Bradley, on the other hand, was a straight talker. While I believe he has a deep and abiding sense of the goodness of the American people ... he certainly didn't go overboard. He was almost closer to the Lincoln model -- you know, you can fool most of the public most of the time. Bill says "I see goodness in most of us" -- that's not flattery. He hedged the bet. It's certainly not flattery. It's a more stringent view. At the same time, he has an abiding faith in the mission of America. But he didn't deceive voters by telling us that we're the greatest thing since sliced bread.

And he didn't win.

One of things I realized during the campaign is that truth-tellers don't win. It's an archetype. And it's an archetype that we as voters like, though it waxes and wanes in popularity depending on what society is going through at the time.

You have to be something of a demagogue to really win. And demagoguery kind of goes against the grain with [Bradley]. There's a deep strain in him of this kind of Midwestern reticence. Reticence is the opposite of flattery in many ways. Well, there are two different opposites of flattery, there's reticence and there's what the Greeks called parhesia, which is candor. Or straight talk. The "Straight Talk Express" would be the "Parhesia Express" in ancient Greece.

One of the biggest contrasts I saw during the campaign was that McCain constantly flattered us reporters, almost shamelessly, while Bradley avoided us like we were carriers of Ebola. And, whether or not it should have, that obviously worked for McCain and worked against Bradley.

McCain flattered reporters with his attention. What is more flattering to a journalist than someone who spends every frigging waking hour with you? Instead of spending time with his advisers, he's sitting around jawboning with Jake Tapper. One thing about flattery is it's free. There are no ad buys for flattery. No costs.

So McCain did it to the press corps. And the reaction of the press corps was "He likes us! He really likes us!" And they flattered him in return. One thing I discovered while writing this book was that at a very, very primal basis we like people who like us. If you're flattered by someone, you flatter him back. So that's what McCain did.

Bill ... he doesn't flatter journalists. He doesn't do the "I love your stuff" thing. I can't imagine that ever coming out of Bill's mouth. He treats it much more like a business relationship.

One of things I discuss in the book is how we flatter people by confiding in them. And that was also what McCain was doing. Reporters thought, "Oh, he trusts me." And that's why he got protected. Bill has a much more skeptical view of the press. I think it comes out of his experience as an athlete -- particularly when he was a young athlete -- so it's a much more neutral relationship.

If he had read your book and taken its lessons, do you think he would right now be the Democratic nominee?

Yes (laughing). No, I don't know. But it always pays to be ingratiating. Bill's gestalt was his gestalt. He's not that kind of ... well, now I'm getting inarticulate because I don't want to hurt his feelings ... He was true to himself and true to his disposition, which is not to be a smiley face.

But at the same time, I think that [a smiley face] is an effective tool for anyone running for office. Franklin Roosevelt, for example. All the people who write about the semiotics of Roosevelt write about his smile, and his cigarette in the holder, and his chin up. The American people like a happy warrior. That was part of McCain's appeal.

So let's talk about the winners a bit. How do Al Gore and George W. Bush flatter us?

Gore has been trying to mine the same stuff as Clinton. You know, he's an aerobic listener. He'll answer all the audience questions 'til the cows come home, and that's flattering to the voter. "It's more important that I listen to you than it is for me to sleep." And he also talks a lot about the "wisdom of the American people" after listing to Clinton do it for eight years. And even the "dressing down" stuff. "I can come before you in my natural dress."

But they both do it. It's a structural thing in American politics now; we have to praise the public. Bush does it in his embrace of this kind of "regular guy" ethos that flatters the public. If imitation is the sincerest form of flattery, by embracing the public tastes, that's flattering. Though his dad tried to do it and I'm not sure how much anyone bought it.

I mean, all of the stuff they do is strategic in a way. I write in the book that "flattery is strategic praise" and all of the things Bush and Gore do have the purpose of an increased liking of them. So much of what they do is on a minimal level to make us like them, because we vote for people we like.

What's the most egregious example you've seen of flattery in American politics?

I think this pretension that the American people are wise and know what's going on is in fact the most egregious flattery that politicians do. In my experience in politics and government, politicians don't really think that the average American Joe understands the kind of stuff that they're thinking and doing. And so much of their public presentation is a kind of dumbing-down of politics so that average folks can get it. So much is giving them bon-bons to munch on, rather than something more difficult to digest.

Truth-tellers in a way flatter people by saying, "Look, I'm gonna tell you some unpleasant stuff, but you can take it 'cause you're big boys and big girls." But most politicians don't do that kind of flattery. So I'd have to say that the most egregious flattery is in this real disconnect between what politicians think about the public's ability to understand what they're doing, and what they say they think.