In the debut of a new column on drugs, our expert pharmacologists advise a woman on what to do with her stoned boyfriend's lack of interest in sex. 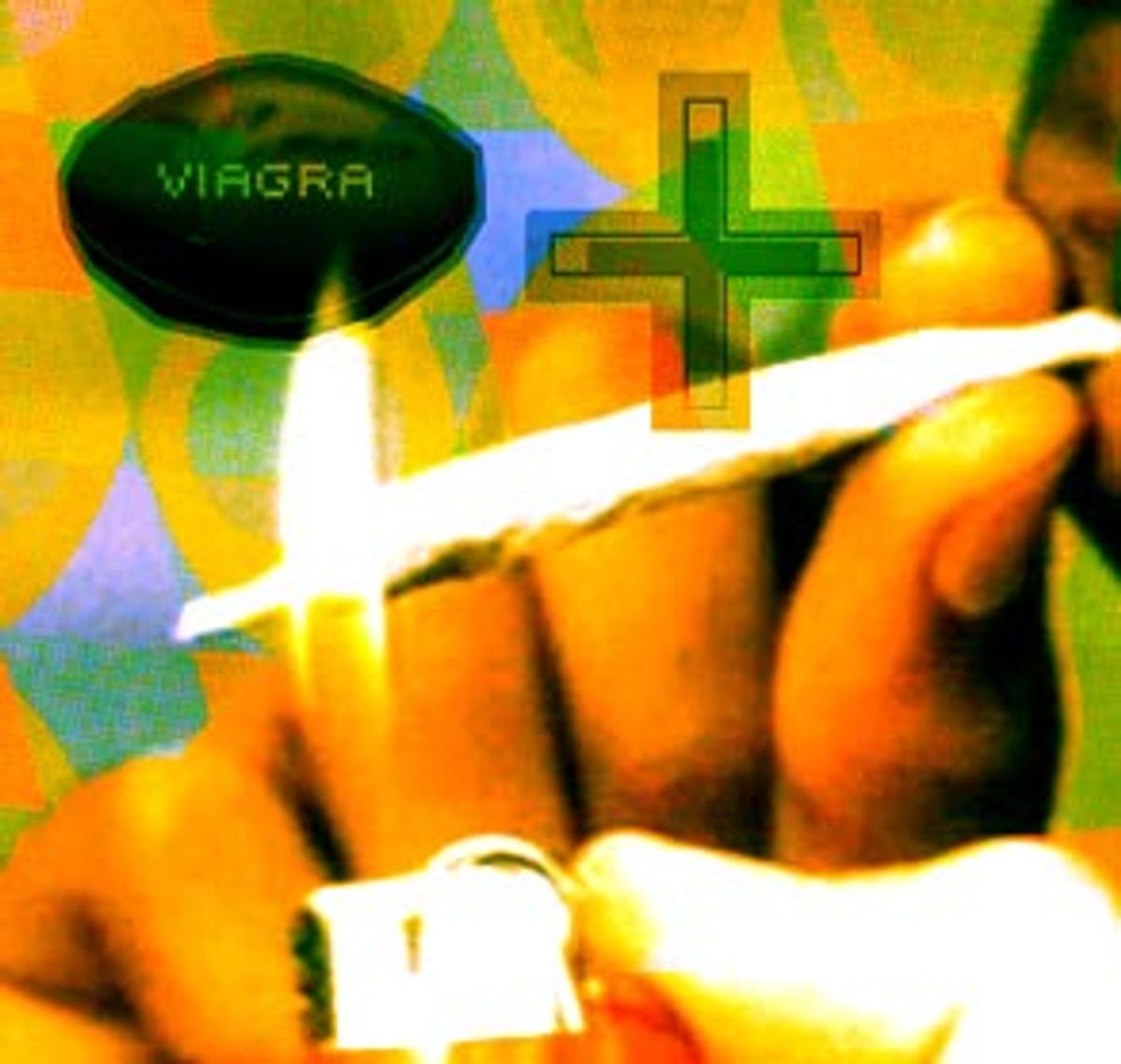 Are you shooting up? Snorting coke? Popping three aspirins daily? Are you on steroids, and wondering what they're doing to you long term? Frankly, we don't care what drugs you may be taking. That's your business. But we would like to answer your questions about how those drugs -- legal or not -- may affect you: Will they dampen or enhance your sex life? Diminish fertility? Interfere with other drugs, say, your antidepressant medication?

Today marks the debut of our weekly column. We're both professors of pharmacology at Duke University Medical Center and have spent years studying the effects of drugs on the brain. We're also coauthors of the book "Buzzed: The Straight Facts About the Most Used and Abused Drugs From Alcohol to Ecstasy" and of the forthcoming "Pumped: Straight Facts for Athletes About Drugs, Supplements and Training." We're ready to tell you anything you want to know -- from the pros and cons of taking a certain prescription medication to the biological effects of date rape drugs.

So go ahead, ask us anything. Send questions to buzzed@salon.com. And look for the answers every Wednesday in this space.

Ever since my boyfriend started smoking pot, we haven't been having as much sex. Is it safe for him to take Viagra -- and still get stoned?

You have asked a great question that addresses one of the most common stereotypes of the stoner: lack of interest in anything around him or her, including sex.

Many drugs affect sexual behavior, including recreational drugs like alcohol and ecstasy. This shouldn't be a surprise if you understand that sex starts in the brain. Sexual desire and arousal begin when somebody sexy appears, which activates cells in your brain. These neurons turn you on and start the changes in blood flow that cause your boyfriend's hard-on and your own arousal.

A lot of people think that marijuana decreases testosterone, sperm count and interest in sex. This is probably right. We know that in animals, marijuana changes the chemistry of the nerve cells in the brain that organize sexual behavior. These same cells also regulate the hormones that produce testosterone and sperm.

However, research in people is pretty slim -- and contradictory. Some studies show decreases in testosterone and sperm counts, and some don't. And nobody has asked the people studied how their sex life is going, so we don't know about the desire part. Part of the trouble is that these studies often don't separate people who smoke a lot every day and people who smoke a little. Based on animal studies, we can bet that people who use lots of marijuana (smoking every day) probably do experience a decrease in sexual functioning.

Now to your specific question: There are no known interactions between Viagra and pot. But the simple answer is that your boyfriend may need to choose between sex and drugs. Viagra increases blood flow to the penis, allowing men who want to have sex to get hard. It does nothing for desire. Your boyfriend's problem is in his brain, not his penis! He doesn't have a plumbing problem -- he has a desire problem. Can he get it up to smoke a little less?