Attack of the killer nasties?

The American Medical Association recently urged the FDA to tighten its control over antibacterial products. So what's stopping it? 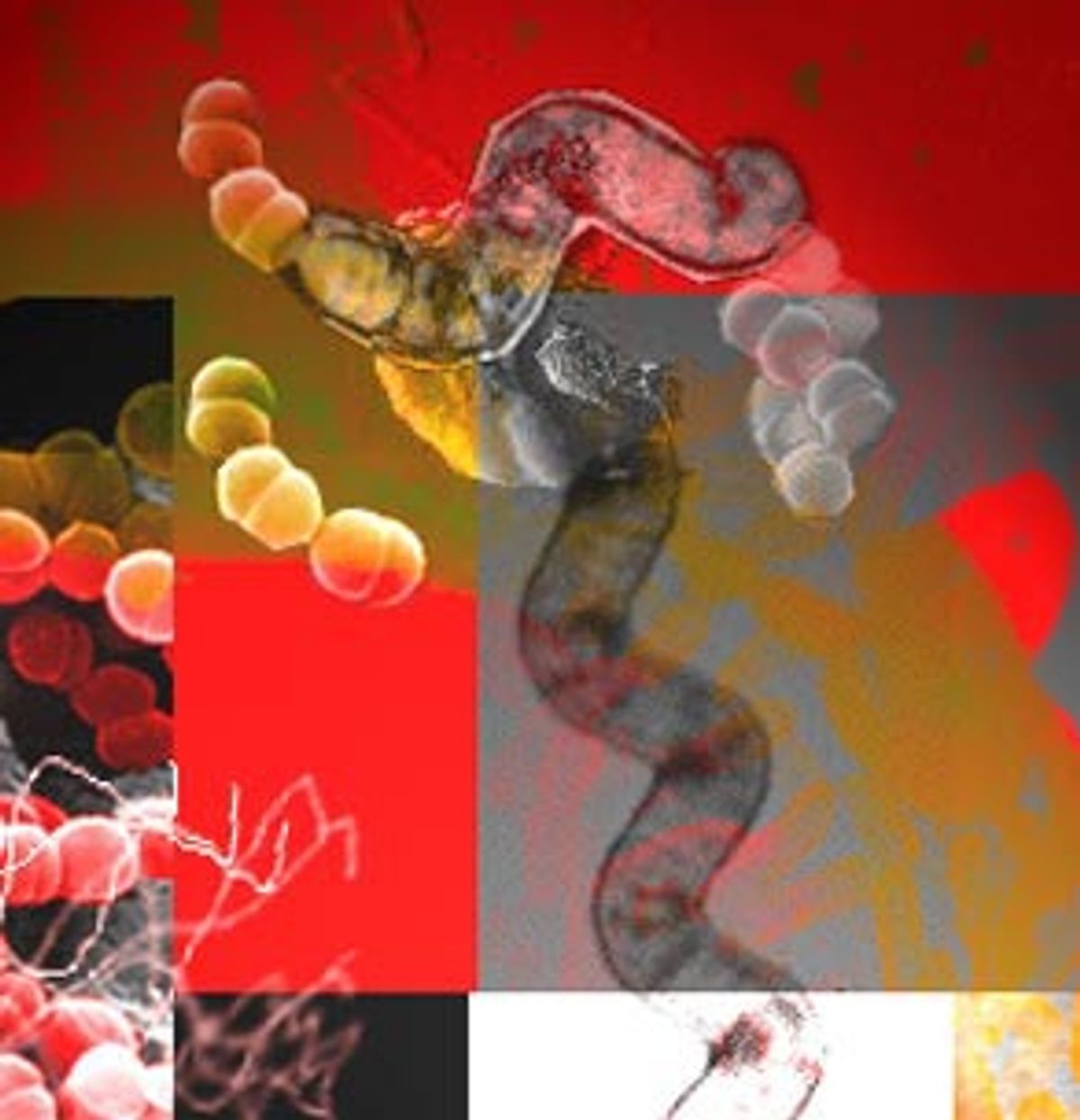 When the Federal Trade Commission publicly reprimanded the makers of Vaseline for falsely claiming that slathering on their "antibacterial" hand lotion would kill all germs -- from flu viruses to bacteria -- it seemed as though the government was finally cracking down on the booming germ-therapy industry.

"They were saying that if you put this stuff on you, you'd somehow be protected, that the germs would die on contact," says Kerry O'Brien, the FTC staff attorney who researched the case, which was made public in September. "That was deceptive to consumers."

Evidence is mounting that the increasingly popular over-the-counter antibacterial cleaners, soaps, lotions and sprays may not, as touted, kill bacteria and other microbes any better than washing with hot water and soap. Indeed, some research suggests such products may do more harm than good by creating resistance in the very microbes those antibacterial agents claim to kill.

The American Medical Association is the latest to jump on the bandwagon and question the health value of antibacterial household goods. The meaty report the AMA released last week detailed the research available, then urged the U.S. Food and Drug Administration to tighten its control over these products. Even with all the controversy around antibacterials and the force of the largest professional doctors organization in the U.S. pushing for regulations, why is it that more than 700 new antibacterial goods have flooded the market in the past few years? And what exactly is being done to regulate this booming industry?

The answer is not much. And until more research is available, not even the AMA is advocating any dramatic regulatory moves.

"In the best-case scenario, we'd want the public to be discussing this issue with their doctor, and making an informed medical decision about when to use antibacterial products," says Robert Mills, an AMA spokesman. "We should be slaves to science. The best thing that could possibly happen is that this information leads to more research on the subject."

False germ-killing claims are only the tip of the antibacterial iceberg. Scientists are looking at the meteoric rise in immune disorders such as asthma, allergies, Crohn's disease and multiple sclerosis in industrialized countries and wondering: Are we making ourselves ill by banishing all germs? A theory called the hygiene hypothesis suggests that in our germ-phobic culture, the obsession to destroy all bacteria, microbes and other small nasties might also rid us of the necessary microorganisms needed to properly stimulate the immune system. It's a new idea and has yet to be proved, but it's gaining credibility among scientists, particularly among those concerned that germs not wiped out by antibacterial cleaners will come back meaner and stronger.

"Antibacterials have been developed to prevent the transmission of disease from one patient to another in a hospital setting and they are becoming more necessary as we move patients from the hospital to the home," says Dr. Stuart Levy, director of the Center for Adaptation Genetics and Drug Resistance at Tufts University School of Medicine. "But there is no place for them in a healthy household."

Part of the issue is that in our market economy, government regulators are loath to pull products off the shelves, choosing instead to focus on education and consumer choice. There is, for example, nothing healthy about cigarettes, but they are still sold, the packaging plastered with statements acknowledging that smoking them could lead to death.

So it shouldn't be surprising that the FDA reports it is "monitoring the situation closely," but has no set time frame for finalizing the rules about household antibacterial products, which have been in the works for years.

While the FDA has warned several companies by letter against making false claims -- most notably Bristol-Myers Squibb's Keri antibacterial solution and Jergens' antibacterial antiseptic lotion -- it didn't go so far as to yank the products from store shelves. The evidence just isn't convincing enough that these products are dangerous, says a spokesman.

The FTC's big case against Unilever's Vaseline Intensive Care antibacterial lotion, in which the New York company was forced to pull advertising -- though not the product -- was probably the most public action taken by the U.S. government against a maker of antibacterial products. The Vaseline case is also the only major antibacterial case the FTC has pursued, or at least the only one that has been reported to the public.

"I can't confirm or deny whether the FTC is investigating any other companies now," says O'Brien.

Besides the fact that the company's claims did not stand up to scientific scrutiny, Vaseline Intensive Care's main antibacterial agent, triclosan, had been shown not to work against the viruses, O'Brien said. But she doesn't think that information warranted pulling the products from the shelves.

"I'm no scientist," said O'Brien. "But the evidence was only in the beginning stages. I think in some cases, antibacterials are a good thing."

The AMA is in agreement with her: Last week's report says clinical settings where patients with low immunities reside, whether in the home or the hospital, are still considered appropriate locations to use antibacterial cleaners.

Continuous everyday use, on the other hand, is not such a good idea. More recent studies highlight another concern about triclosan, also commonly used as an antibacterial agent in both hospitals and over-the-counter household products. In lab environments, microbes are developing a resistance to triclosan and other antibacterial agents, a trend the AMA report calls "troubling" -- particularly if those microbes also prove resistant to therapeutic antibiotic treatments.

"Granted it's just a laboratory experiment at this stage. But if it can be done in a lab, it can possibly be reproduced in the home," says Tufts' Levy, whose lab pioneered the triclosan-resistance studies. "Like the message we give with antibiotics, the same thing goes with antibacterials. To waste them on healthy households means there is great potential to create new microbes in the home which can fight off antibacterial agents when you need them most, that is, when a sick person is present with low immunity."

Furthermore, Unilever isn't the only company making false claims about antibacterial products, according to the AMA report. Data gathered from 11 companies also uncovered unsubstantiated claims, according to the Association for Professionals in Infection Control and Epidemiology, a nonprofit research institute in Washington.

But even so, the AMA is careful to say that not enough research has been conducted to justify a full-scale ban on such products. The report itself reflects the AMA's ambivalence, emphasizing that it "does not say that the use of antimicrobials in consumer products is a significant reason for antibiotic resistance ... [But it] does state that such use may be a potential source of antibiotic resistant organisms." Later, the report adds, "Considering the available data, it may be prudent to avoid the use of antimicrobial agents in consumer products."

This lack of conclusive data is what the FDA says is the hardest thing about pursuing antibacterial regulations. "In 1997, our advisory board decided there wasn't a health hazard yet, but there was a theoretical threat, so we decided to keep an eye on it," says an FDA spokesman. "The evaluation is ongoing, but right now we don't have enough evidence -- though we are watching it."

One of the strongest proponents for final FDA regulations comes from one of the new players in the antibacterial market.

"The FDA regulations are long overdue," says David Moll, president of International Laboratory Technology Corp. in Florida, which markets a new antibacterial product called Pure and Clean. He accuses most antibacterials being sold as "not meeting the standards and not passing the tests" set out either by their own claims or by those in the open FDA regulations.

Moll contends Pure and Clean, made not from triclosan but from an ammonium compound of the same stuff that makes up swimming pool chlorine, is "the only product out there that kills all germs for four hours. But I can't compete, because I don't have $20 million to market my product." He claims his company spent 10 years and millions of dollars making sure his product passed all tests in the existing FDA temporary regulations.

Moll isn't in favor of pulling products from the shelves and he scoffs at the hygiene hypothesis, contending that the right product will kill every germ. "We don't have to test our product for resistance because we kill everything on contact," he brags.

But even some of those who may not be looking for tighter regulation of these products think the public should at least be educated about the potential dangers. In the current issue of Consumer Reports, an article on antibacterial cleaning products urged against the "scorched-earth housecleaning" method of sterilizing everything, saving antibacterial products only for "specific, high-risk situations."

"It's pretty normal for the institutions to take a while to catch on," says Levy. "I went through this with antibiotic overuse in the late 1970s. You have to build a foundation of people to say, 'Hey, we don't need these products.'"

And that may mean starting with one person at a time, reteaching something we all learned in kindergarten: If you play in the dirt, before sitting down to dinner, wash your hands.