Mr. Woods is magnificent as he overpowers all opponents. 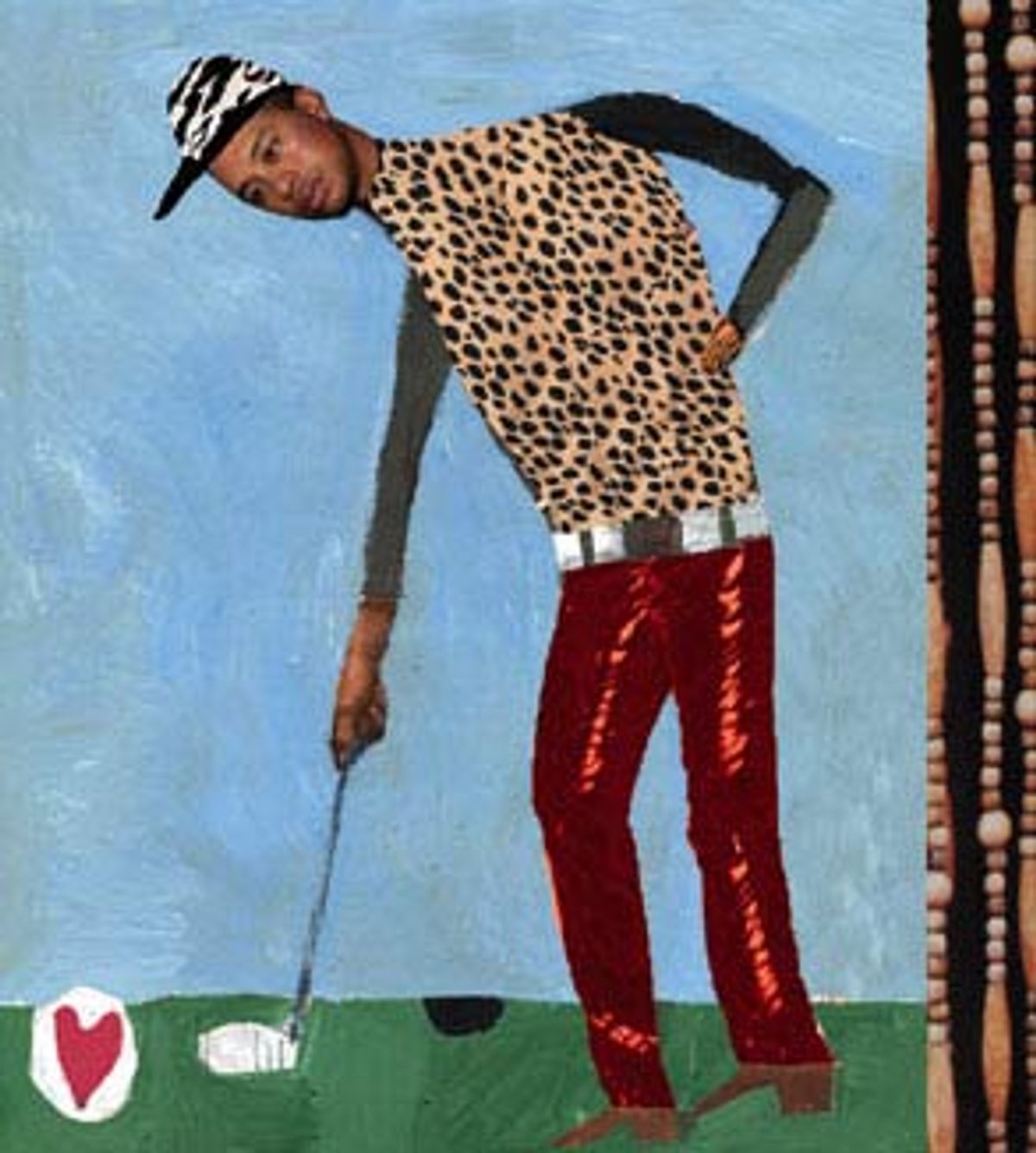 This week I was the rapt onlooker of, and the slave to, physical authority, uncanny skills in the hands and wrists, and a grace under pressure that only once let rip in profanities, but which for four days of close confrontation showed nothing more than a serene smile -- and just a glint of those tigerish teeth. I am talking about a performance that some called total and overpowering, akin to rape. Seventy-two times, he found the hole -- it seemed as much ordained as skillful or knowing. And when it comes to the passionate regularity of one man, with sticks and balls, putting it in the hole, nothing compared with Tiger Woods at Pebble Beach.

Put it another way (and here I rely on statistics from the New York Times): Once Tiger Woods began his triumphal fourth round on Sunday, the NBC television coverage fixed on him for 93 minutes, 23 seconds in the next four hours. Talk about, does the camera love him! Does the camera want every detail of lining up and limbering down, backswing and follow-through! Not that in the entire four hours he was any more aware of a rival, an opponent, than he was, say, of the poetry of Gerard Manley Hopkins (a wretched golfer). No, this was man and his task, his balled duty, his obsession with the hole -- this was single-minded magnificence. Moreover, at one point, there was a shot of the Tiger, doing very little more than prowling, that went on for one minute, 15 seconds. In the gravest reveries of pornography there is seldom such sustained rapture, such uninterrupted emphasis on human male being, breathing, existence and persistence.

Now, you will say that this joke has gone on long enough, that "Tiger" might be more aptly known by his real name, "Eldrick," that this man of men, this greatest athletic performer, this jock de nos jours, is still only a boy, hardly familiar with the real backspin, crosswinds and unreadable greens of sex itself. You will be saying to yourself that the only thing wrong with Tiger Woods is the "Tiger" business. Kitten is more like it.

Well, yes, he's but a lad in a sport where the great veterans became lean, sun-blasted boys -- just look at Jack, Arnie and Gary. We do not have too many sexy golfers. There was Champagne Tony Lema, but he was killed young. Johnny Miller, maybe -- yes, I could see him in a sand-trap foursome. And there's something like a hard-on in Jesper Parnevik's cap. Otherwise ...

But Tiger is the new thing. He's changed golf, and he'll alter the erotics of sport. Maybe the turn-on was inward, introspective, narcissistic even. But some of us believe that narcissistic sex is going to be very big. As for myself, at the end of the day, when the NBC camera moved in on Tiger -- so young, so pulpy -- and there he was applying lip salve, well, friends, I felt a tingle. I knew he was getting ready for his big close-up, the one where he kisses the trophy. He wanted to leave a little smear.