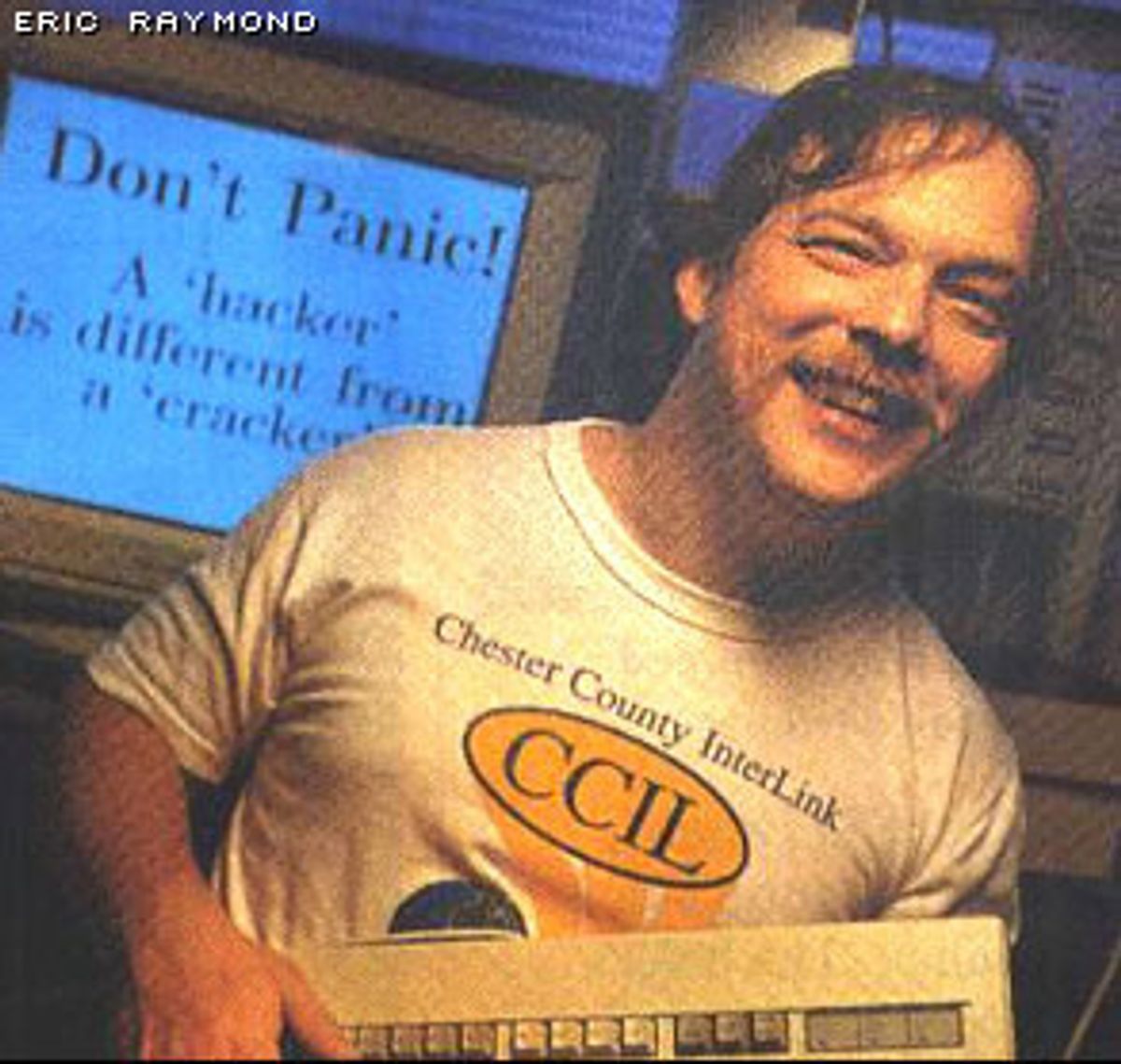 If you were a geek, it was hard to miss. Laid out with all the pomp and circumstance of a major cultural pronouncment, New York Times critic Michiko Kakutani's lambasting of geek society sprawled across the front page of the Arts & Leisure section. In the article, "When the Geeks Get Snide," Kakutani tried to paint the geek culture as a cold, unfeeling place populated by geeks who, whatever their technical accomplishments, remain failures as human beings. What's even worse, she attempted to prove her point by quoting liberally from my own work as an editor and writer.

The article stumbles on its factual errors; "sheeple" is not geek slang, for example, nor is "content provider" -- the former was coined 80 years ago by H. L. Mencken (whose intuitive grasp of today's language and pop culture would probably far surpass Kakutani's if he were still alive) and the latter is marketroid-speak used mainly by suits. Not only have I never heard any of my friends or New Hacker's Dictionary correspondents refer to sex as "client-server action," I can't even imagine them being so crass.

To some extent these problems are down to bad sources; Gareth Branwyn's "Jargon Watch" Wired column is insubstantial entertainment, not lexicography, and Paulina Borsook in "Cyberselfish" was seriously blinkered by her political agenda. But the real problem is that Kakutani (like Borsook before her) has distorted the geek culture into a mirror of her own fears and prejudices.

The last hacker event I attended, two days ago in Dearborn, Mich., wrapped up with a movie outing and an ice-cream social. The three hundred or so geeks there would have laughed pretty hard at Kakutani's portrait of a "chilly, utilitarian world" as they stood around chatting and enjoying the fudge sauce, kids running around underfoot.

And as for the "I've got mine, you don't matter" attitude Kakutani and Borsook describe, I'm finding it particularly hard to reconcile with the new Macintosh iBook sitting on my desk -- the one those hackers in Dearborn gifted me with three days ago, throwing over $1,000 in the hat to do it simply because they liked me and wanted me to be part of their gang.

When Kakutani quotes Borsook in describing the digital community as a world that mirrors our allegedly "winner-take-all, casino society," it's a case of the blind leading the blind. Whether or not one thinks they are describing mainstream society correctly, neither of them has managed to integrate the fact that the most important movement in the geek culture today is open-source software development. Open source is a form of worldwide cooperation premised on the voluntary renunciation of intellectual-property rights. It's radical sharing, justified by sound market economics but not really founded on an economic impulse. Nor is this a novel phenomenon -- the standards that made the Internet work have been developed in the same way for over 30 years. The fact that this phenomenon has been labeled "the Internet gift economy" is not an accident.

Kakutani and Borsook's failure to notice the native generosity and sustained cooperation typical of hackers and geeks makes the predictable slam at libertarianism and Ayn Rand that follows unintentionally humorous. Borsook and Kakutani are correct in describing the "cyberculture" (not a term hackers would use) as implicitly libertarian. Where they go wrong is in their presumption that this means my peers desire to kill and eat the weak. The truth is, we don't build our networks to abolish ordinary people -- we do it to empower them.

Theirs is a fundamentally political prejudice all too typical of the old-media elite, and seems to be unshakable by any amount of evidentiary report. Ultimately, it appears to me that what Borsook and Kakutani and their punditocracy ilk truly fear about hacker culture is in fact its libertarianism and what's behind that, the liberating power of technology and free markets. Beneath that, I think they fear freedom itself -- and especially the dissolution of their comfortable role as cultural arbiters of what is right and good.

This isn't the first time a commentator has misconstrued my world through projecting his or her insecurities on it, and is unlikely to be the last. It probably won't even be the last time my own work is selectively quoted to argue that case. Kakutani quotes me as having written "hackers have relatively little ability to identify emotionally with other people." But she leaves out the next sentence, which reads: "This may be because hackers generally aren't much like other people."

We are wired differently; but the fact that we have to work at empathizing with others actually means we put a special value on it and on face-to-face contact, as anyone who has ever sampled the intensity of our tribal gatherings can testify. Our slang -- informal, playful, celebrating creativity and humor, poking fun at power and pretension -- conveys the same message of fundamental humanity.

Ms. Kakutani's rhetorical style and politicizing invite the presumption that "celebrating diversity" is important to her. If she had chosen to do that, rather than casting us as a menace, I doubt she'd have been as free with the negative generalizations. Indeed, if we were a sexual minority or the ethnic-victim-group-of-the-week, I'm sure she would have struggled gamely to praise our wonderfulness in spite of social isolation and possible neurological handicaps.

That, of course, would have been just as much a distortion as the attempted hatchet job we got (if a subtler one). The truth is that my friends exhibit, in their geeky and introverted and smarter-than-average ways, all the virtues and vices of other kinds of human beings. OK, so many of us look forward into uploading ourselves into nanotechnological computers with more aplomb than most other people would. But until the day it's actually possible, we're all in meatspace together, and (despite Kakutani's rather febrile imaginings) even geeks never forget that.

Eric S. Raymond is an observer-participant anthropologist in the Internet hacker culture. Besides contributing megabytes of code now carried in several open-source operating systems, he edited "The New Hacker's Dictionary" and wrote the seminal paper "The Cathedral and the Bazaar." When not programming or writing, he is often spotted reading science fiction, playing one of several musical instruments, or working on his pistol technique.