Thankfully, the Supreme Court has struck down a law banning the procedure that saved my life and ended my daughter's suffering. 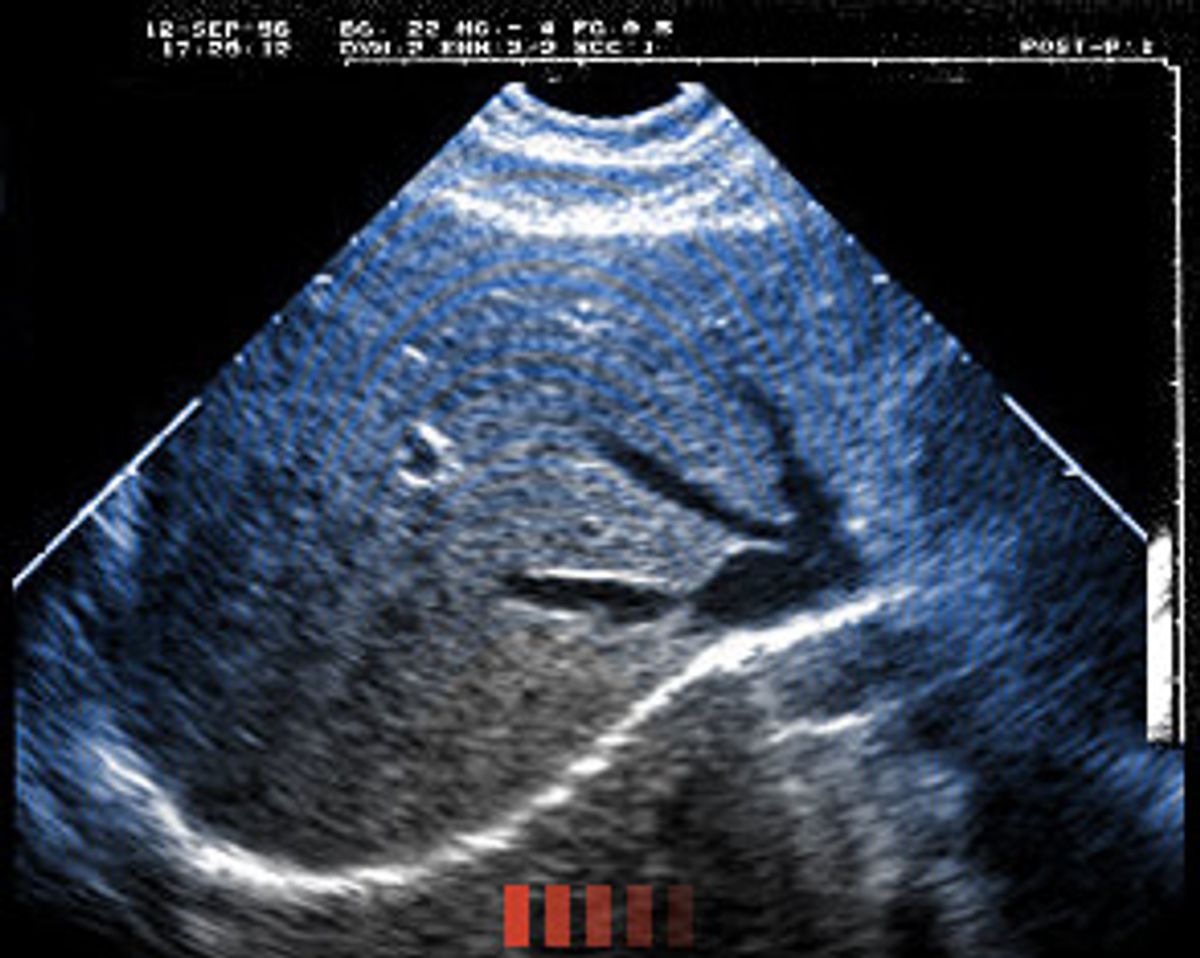 I wanted the Supreme Court to toss out Nebraska's law banning certain late-term abortions. But now that it's happened, I find it impossible to cheer. Instead, I am reminded of how frighteningly precarious is the right to end a pregnancy, something I didn't quite get until I had an abortion four weeks before my baby was due.

Abigail, our third child, was due on Mother's Day, 1994. The nursery was ready and our family was ecstatic. My husband, Bill, an emergency room physician, had delivered our other children, and would do it again this time. Jon, our oldest child, would cut the cord. Katie, our younger, would be the first to hold the baby. Abigail had already become an important part of our family.

In April, at 36 weeks of pregnancy, our happy expectations crashed. An ultrasound showed what all my previous prenatal testing had failed to detect -- an encephalocoele. Approximately two-thirds of my daughter's brain had formed outside her skull. I literally fell to my knees from the shock. What I had thought to be strong, big, healthy baby movements were in fact seizures caused by the compression of the encephalocoele that continued to grow, as Abigail did, inside my womb.

My doctor sent me to several specialists, including a perinatologist, a pediatric radiologist and a geneticist, in a desperate attempt to find a way to save her. But everyone agreed she would not survive outside my body. They also feared that as the pregnancy progressed, before I went into labor, she would probably die from the increased compression of her brain.

Our doctors explained our options. The first: Let "nature take its course," which meant wait and see. But how could I let my daughter suffer the ongoing seizures? Second: Abortion. My God! I thought. Here I am at the tail-end of a pregnancy, a planned and very much wanted pregnancy. How can one even utter the word "abortion" now? I had never even heard of an abortion in the eighth month. I asked about a C-section. The doctors said they perform sections to save babies' lives, and since my baby couldn't be saved, they didn't want to risk the possibility of hurting my future fertility. I didn't want to take that risk, either. The only thing I was sure of at that point was that I wanted more children.

We agonized over our options, although as I write that, I know it doesn't convey the heartbreak and rage we felt. It was hard even to think of these as "options." I wanted my daughter to be born with a brain inside her skull, the way it should be. We decided to make our choice based on what was best for Abigail. If I could have chosen death for me so that she might live, I would have.

We elected to go to Dr. James McMahon in Los Angeles, pioneer of a procedure called the intact D&E, dilation and evacuation. This is different from D&X, the procedure Nebraska tried to outlaw. Intact D&E allows the baby to come out whole; D&X does not. That was one reason I chose D&E, although from a legal viewpoint it is nearly impossible to draw firm technical distinctions. As the Supreme Court recognized, a ban against D&X is an assault against D&E and every other abortion procedure. (By the way, there is no medical term "partial-birth abortion." That was coined by the anti-abortion lobby to do what it does so well: offend public sensibilities. How awful it sounds, compared with the clinical "evacuation" or "extraction.")

It was important to us to have Abigail come out whole, for two reasons. We could hold her. Jon and Katie could say goodbye to their sister. I know in my heart that we have healed in a healthy way because we were able to see Abigail, cuddle her, kiss her. We took photos of her. Swaddled, she looks perfect, like my father, and Jon when he was born. Those pictures are some of my most cherished possessions.

The second reason for the intact excavation was medical: Having the baby whole allowed a better autopsy to be performed, to give us genetic information on the odds of this happening again.

About a year after the procedure, Dr. McMahon called to tell me about a bill in the House of Representatives that would ban the very procedure that had saved my life and ended Abigail's suffering. I knew nothing about the political machine. But I felt compelled to go to Washington to tell my story. I was extremely naive. I thought, I'll just go to tell them what happened and then they'll understand, and say, Oh, OK, we get it. This should be between you and your doctor.

Well, I went to Washington. Most politicians I met with behind closed doors sympathized with me. But on the floor, everybody spewed the predictable rhetoric, and followed their party line. This wasn't about abortion in the first or even second trimester. This was about abortion in the final weeks of pregnancy. What women, what doctor would choose to end a pregnancy at that point for frivolous reasons?

Yet, I heard time and again during hearings that women were blithely, selfishly choosing to end their pregnancies late.

I am a practicing Catholic, and I'd always considered myself pro-choice. Despite the abortion controversy that has raged in this country for my entire adult life, in my heart I assumed that America was a pro-choice country, that the rights of privacy and family were safe, that access to abortion was a reasonably sure thing. After a few weeks in Washington, I learned how precarious all this has become. I testified before the Senate Judiciary Committee and lobbied off and on for a year on Capitol Hill against the bill.

I have become resigned to the idea that abortion is an issue that will forever be politicized in this country. The Supreme Court decision certainly doesn't change that. It simply struck down one bad anti-abortion law, leaving lots of others intact. So though I support the latest ruling, it makes me sad, and scared. I keep waiting for the day when lawmakers leave women and their families alone to decide what is best for them in often truly agonizing circumstances. While I was struggling with the most wrenching choice I have ever made, it never occurred to me to confer with a lawyer or a judge or Congress.

Almost six years have passed since we lost Abigail, and not a day passes that I don't think of her. In my heart I know I did the right thing for me and my family. Isn't that what this is all about?

Viki Wilson lives in Fresno, Calif., with her husband and three children, ages 15, 13 and 3.