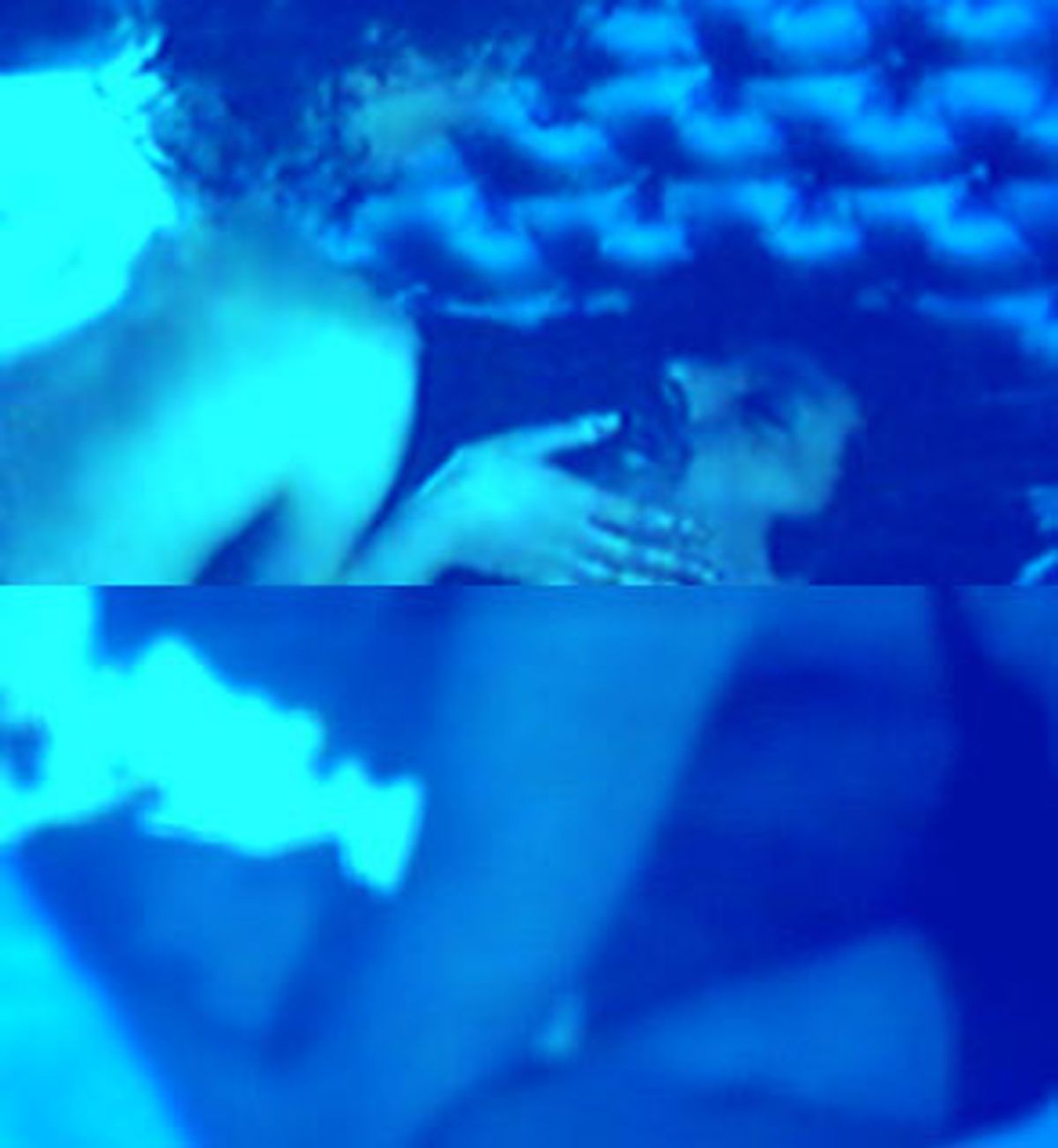 When this column began, it was intended that every now and then I would dip into the classics of screen erotica. And I thought that the hushed lovemaking scene from Nicolas Roeg's "Don't Look Now" (1973) might be an early candidate. So I tried to remember where it fell in the film: Was it early -- were John and Laura Baxter (Donald Sutherland and Julie Christie) making love while their young daughter drowned?

I found the scene eventually, about 30 minutes into the picture, though I realize now that the scene could go anywhere. That's a large part of its beauty and meaning. After their daughter's death, John and Laura go to Venice, Italy -- he's an expert helping on the restoration of an old church. They meet two English sisters, one of them blind, and the blind one says she "sees" the lost daughter and that the daughter is happy. John scorns this touch of the occult, but Laura is tempted.

Then they are in their hotel room at night: Laura comes out of the bath; John, the shower. It's a famous scene, with full-frontal Sutherland and so on. You may have heard the story that they did everything, and maybe were really doing it. It's not like that -- it's far better. They're on their bed, side by side. He reads the paper; she touches his bare back. The idea slips in between them. And then they are embracing, kissing, gaping and gasping at each other's naked bodies, trying to do everything, trying to show how much love and need they feel.

But then the cutting of the scene changes, and it picks up details, fragments, from another scene in which they are dressing to go out. Pieces of clothing are slipped on. A zipper slides; a tie snakes out of a closet. She puts mascara on her eyelashes. The making up, the getting ready, is crosscut with the attempts at abandon. For a while, there's only silence on the soundtrack, then a piano and a flute come in.

I'd rather do without them, for the scene needs the helplessness of silence, and music turns it in a sentimental direction. Whereas the silence says there is no answer or assurance, no meeting of minds in bodies, no complete orgasm of satisfaction. So the two lovers strive all the more to be convincing, to be in love or rapture. It's sexy yet very ordinary, just the scramble of two bodies trying to be one -- as if you could ever do everything.

But there's something else at work, too, in this mysterious film. You can say to yourself, yes, they're happy, fulfilled. But equally you can argue that the great attempt to consummate, to share, to merge, is forlorn. They have sex together -- great sex. But it is only a moment, and later, or earlier, they are dressing separately, thinking their thoughts.

And you feel then how the scene hangs over the whole film like hope or worry. It's a love scene, but it's also a vision of scraps of pale flesh, beating away at the impossibility of wanting to be inside each other while they wait for whatever else may happen -- like the passing of time, like age, like the vagaries of memory. In any really great love scene, I think, there has to be the whisper of death. And in the hush you listen for it.