Listen and be the judge: Does Al Gore change his tone when he talks to African-Americans? 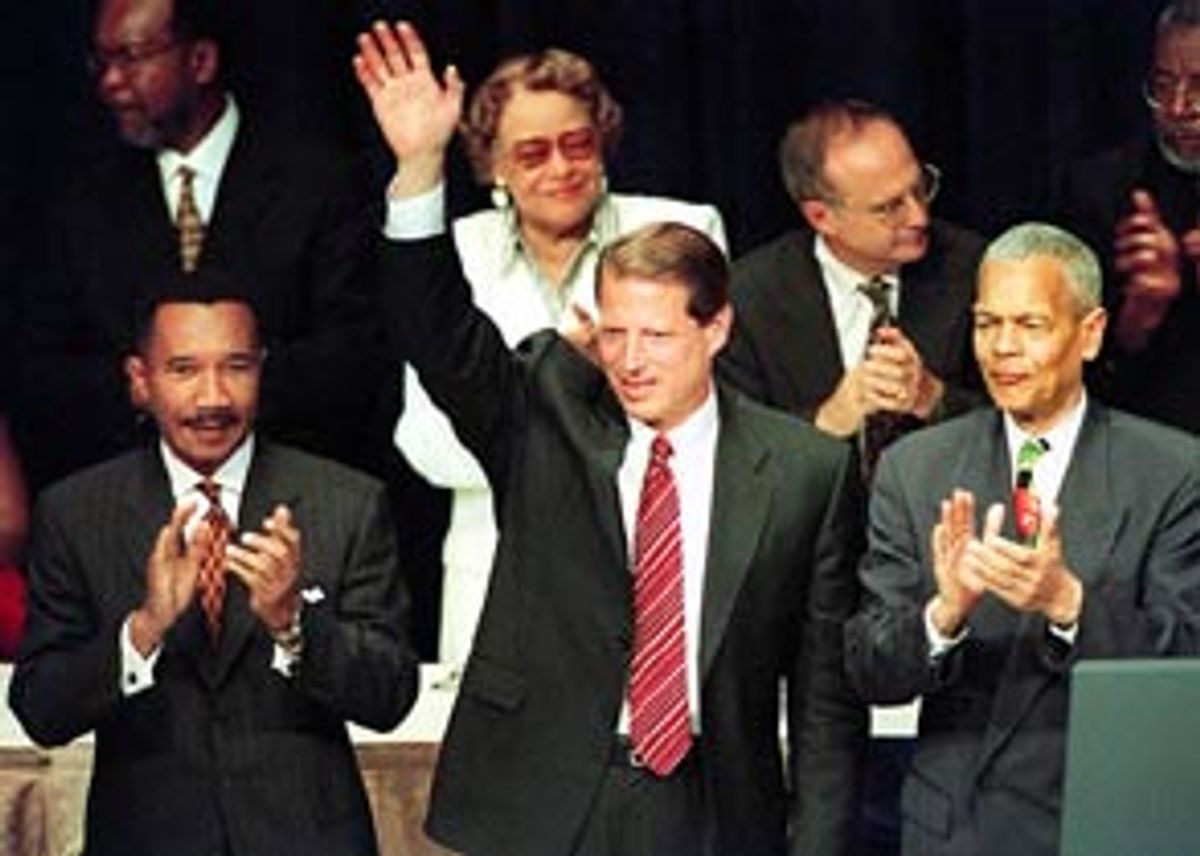 He's no rapping Bulworth, but we notice a sort of, well, difference in Al Gore when he's talking in front of a black audience. Sometimes, like during his primary debate against Bill Bradley, he just seems more animated. Other times, frankly, he just sounds like a white man trying to sound like a black man -- and sounding even whiter than any man should be allowed to sound, for all his efforts.

Or are we just imagining this?

Here are a few links to some Gore speeches in front of all-black audiences, with a few listening guides. After listening, feel free to drop a letter to gore@salon.com and let us know what you think.

Watch Al Gore's July 12 speech to the annual convention of the National Association for the Advancement of Colored People (fast-forward about three-quarters into the recording, past the lengthy introduction).

Highlights: When, while shouting, he exults: "Watch the work of my hands when joined with yours," and later, "Allow yourself to believe we can do the right thing."

A clip of Gore during a Feb. 21, 2000 debate in Harlem with Bill Bradley, at the Apollo Theater, where he's his typical self until the very end, with his staccato pronunciation of "integration."

The corker! An excerpt, from National Public Radio's "All Things Considered," of Gore preaching on January 19, 1998, to the Ebenezer Baptist Church in Atlanta, Ga., as part of the commemoration of Martin Luther King Day.

Highlights: Gore's remarkable pronunciation of "resplendent," and his comparison of Crips and Bloods to the Hutus and Tutsis, Balkan divisions, Protestants and Catholics, and other conflicts, where "slight differences have served as an excuse to unleash the evil that lies coiled in the human soul."