Sorry, folks, the trailer for "What Lies Beneath" really was the only turn-on. To see the sexy Pfeiffer in a full-length film, rent "Scarface." 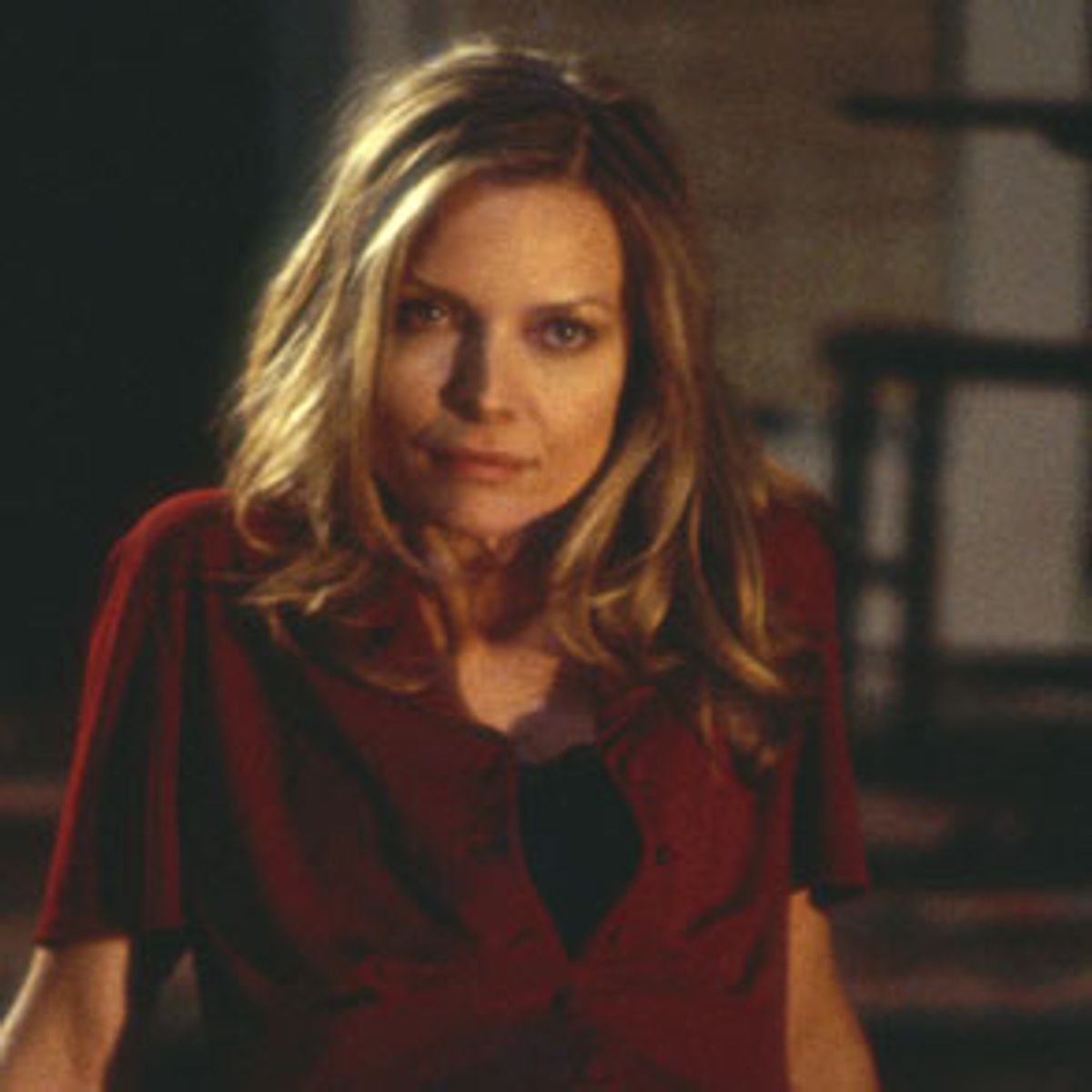 Well, dear e-readers, six or seven weeks ago, I knew I was taking a chance by picking the trailer for "What Lies Beneath" as my first-shot turn-on. I wrote about only the trailer in an age when that form has become nearly a parallel universe -- see the trailer but don't bother with the movie itself, because the trailer is shorter, quicker and contains all the big surprise scenes. The trailer may even have been made by more talented people than touched the film. Anyway, we had our moment: We could dream that Michelle Pfeiffer was going to be a sexpot again.

Now I have seen the whole film. Which puts me in a difficult position. I don't mean to review the picture, and I certainly don't want to give away the intricate (or, let's face it, idiotic) story. Because even if the film's not the kind of turn-on I was hoping for, it's still a pretty expert scary movie -- until you fall in with Robert Zemeckis' Hitchcock-for-kids style and begin to see where and when the gotchas are coming. Let's just say, in terms of suspense (which is all this movie is concerned with), "What Lies Beneath" is a fairly respectable return to the sort of bathroom celebration one finds in "Psycho." In other words, no one's going back to that bathroom for years.

As for Michelle in this film, she isn't a siren; she isn't even a whistle in the dark. She's a nervous wreck. Having once been a great cellist, and having lost her husband, she soldiers on until she meets Harrison Ford, a research scientist at some Vermont academy. She has a daughter already, by No. 1, but she marries Harrison because he's the rugged, sensitive Ford millions buy (even if he is a touch obsessed with his work). And so as not to compete with him, the stupid waif locks up her cello. Are we really supposed to believe there are wives like this anymore? Or have any sympathy for them?

"What Lies Beneath" may do pretty well; most in the preview audience I saw it with were good and scared a lot of the time. But it's a woeful turn in Pfeiffer's career to be menaced and not the menace. She isn't a turn-on here; the one time she's going to have sex, there's a fast fade-out.

Still, take heart, eroticists. This movie does have one very alluring presence. Her character's name is Madison. I won't say any more about her role in the plot (or the plod it becomes). She doesn't quite speak, as I recall. She is a still photograph, an apparition seen in the bath water and a certain kind of nymph -- you could call her a special effect. It's not enough, yet it's enough to make one want to know more about Madison: who she was, what she wants, what turns her on.

And Madison is a part the young Pfeiffer might have played, like that vision in a backless aqua dress coming downstairs in the glass elevator in "Scarface." She has a touch no one forgets.