Police violence rocks Philadelphia as anxious protesters prepare to descend on the city for the Republican National Convention. 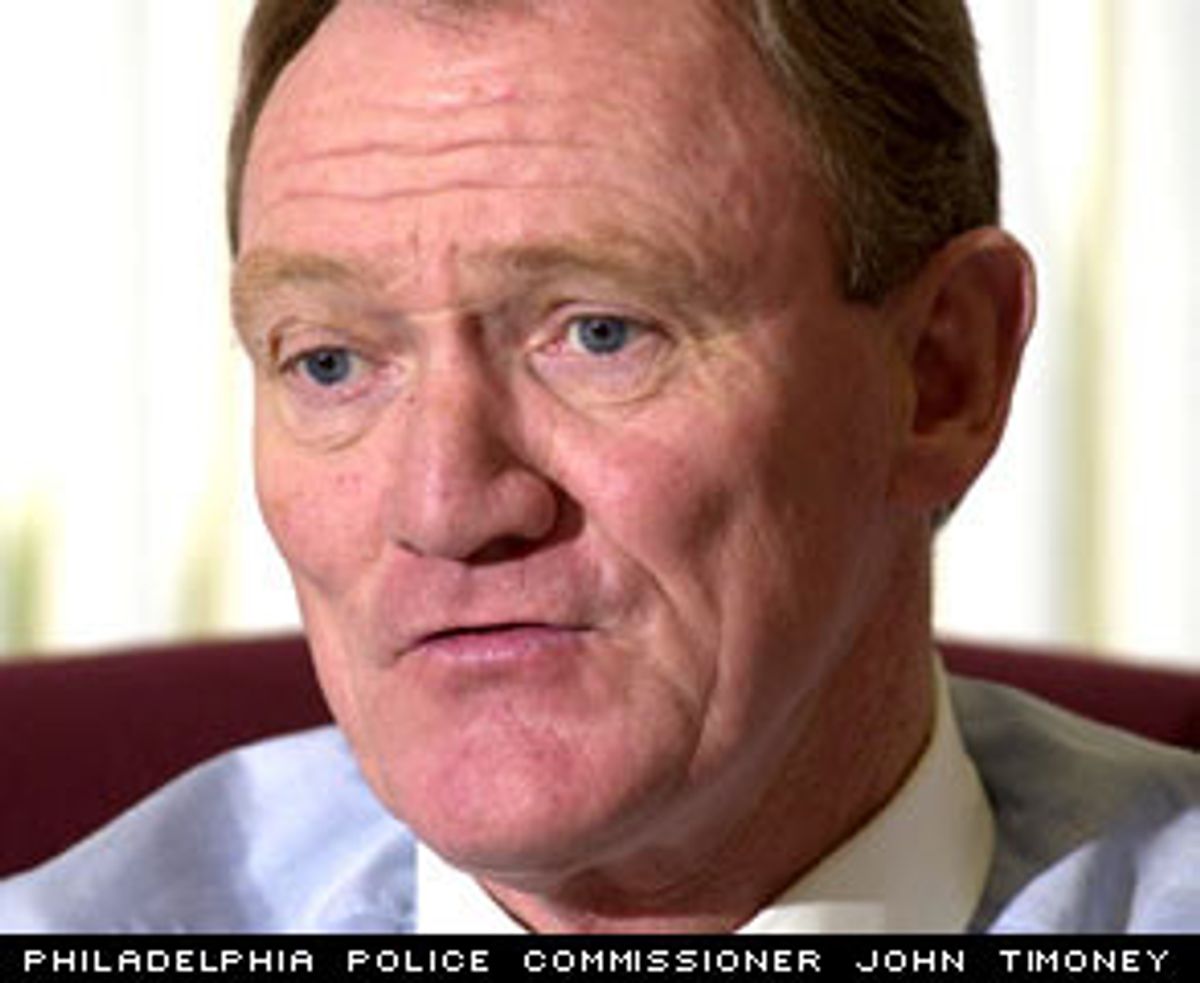 Wednesday afternoon's police beating of Thomas Jones, 30, vividly portrayed on television news, has the City Of Brotherly Love bracing for the worst as tens of thousands of protesters are slated to arrive in two weeks for the Republican National Convention.

The concern is not just in the African-American community. Nor is excessive police force a new story here, the city where police dropped a bomb on a house that incinerated a neighborhood 15 years ago. Even today, that bombing is still costing taxpayers millions of dollars. Nor was this the first incident of police violence here captured on video. Two years ago, local TV stations ran footage of police beatings at the annual Greek Picnic, a confab of African-American fraternal organizations that attracts hundreds of thousands to Philadelphia.

What made Wednesday's incident so disturbing was the apparent viciousness of the circle of police officers beating and kicking Thomas, who had already been shot after allegedly shooting police officer Mike Livewell and stealing a police car.

African-American Mayor John Street suggested that city residents not jump to any conclusions about the video, and wait for a thorough city investigation. But George Lakey, executive director of Training For Change, says "This incident is very alarming to activists." His group helps demonstrators learn how to handle themselves during protests and any ensuing arrests. "This is so intimidating," he said.

Local history suggests that, in the town that gave the nation liberty, police do not always cherish constitutional rights. In the early '90s, when then-President George Bush was in town, police savagely beat members of Act-Up, who were protesting Bush's policies on AIDS research. And in the past week, demonstrators undergoing training in nonviolent protest at the Friends Center have been watched and photographed by individuals camping out in a nearby parking garage who refused to identify themselves. Police deny that they are conducting surveillance.

"What makes you think the people taking pictures are police officers?" said Police Lt. Susan Slawson to Philadelphia City Paper's Gwen Shaffer. "We are not violating any order, and to conduct surveillance would be violating the order."

Activists remain convinced that the police are watching them.

Republican organizers are also putting the squeeze on activists, strictly limiting where and when protesters can exercise their rights of free assembly and speech. (GOP organizers refer to the small area given over to demonstrators as "Free Speech Zones.") Activists claim they are feeling marginalized, and, in some cases, ready to rumble.

With the images of the Thomas beating still vivid in their minds, demonstrators are hardly assuaged by promises from Mayor Street, who returned from an NAACP convention in Baltimore upon learning of the incident. There will be "no stone left unturned ... no coverup" in any of the three investigations into the events leading to Thomas' beating, said Street.

As of Thursday afternoon police had not identified any of the officers captured on video beating Thomas.