Who said day trading was a man's world? 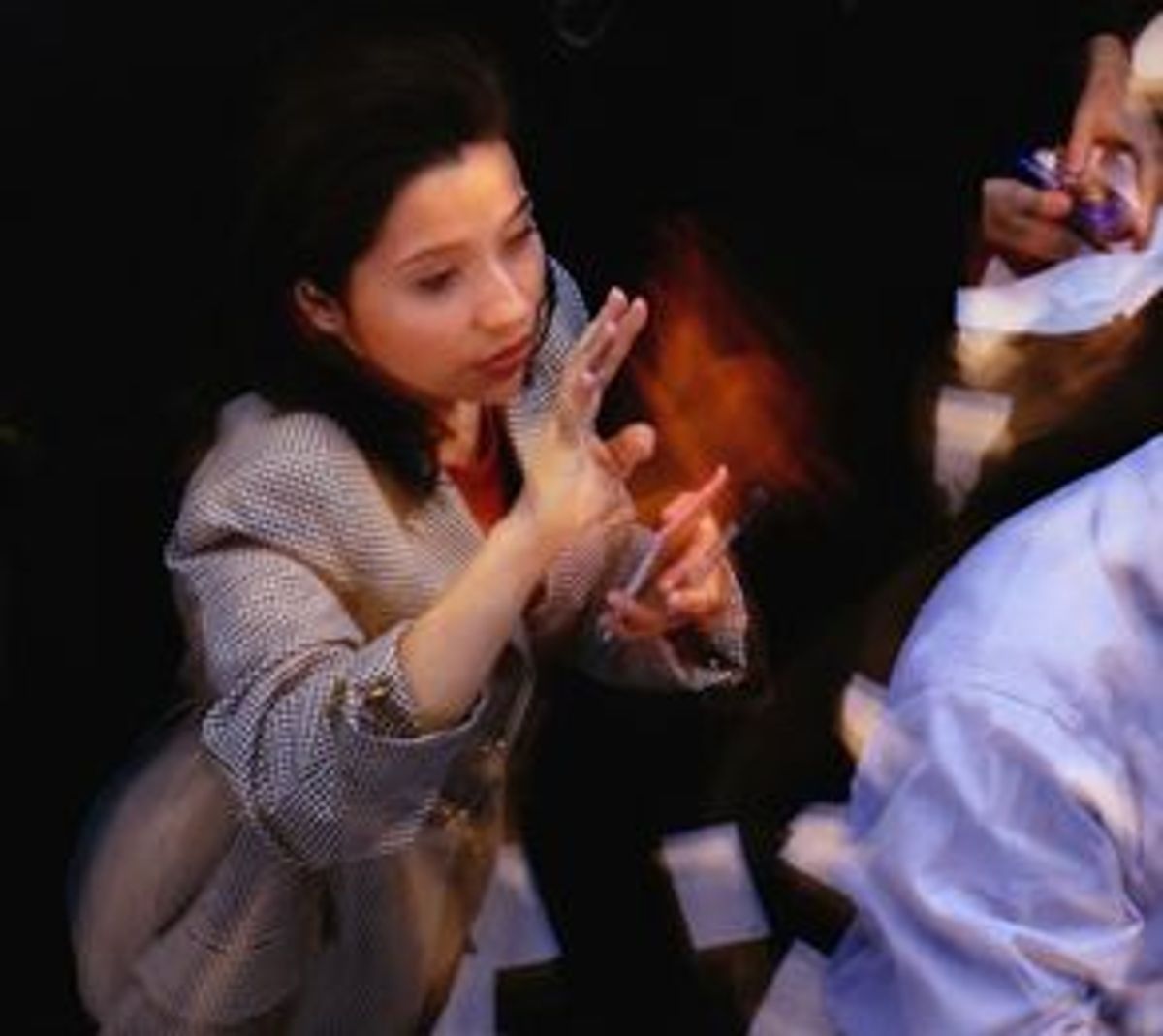 Quick: What comes to mind when you think "day trader"?

A paunchy kid just out of college, boasting about all the dough he's raking in? A salt-and-pepper ex-Wall Streeter with a taste for slick action? Or maybe even, as with a recent true-to-life case, an imbalanced fellow whipsawed into a murderous rampage by the market's mercurial behavior?

How about a 69-year-old retired grandmother in Florida?

"It's why I get up in the morning," says the 18-month-long trading enthusiast, who prefers to be known as "Harriet." Harriet spends at least six days a week, 12 hours a day, on the bucking e-ticket ride that is electronic day trading, where fortunes are made or lost on percentages of a point within a matter of seconds.

Harriet rises every morning at 5:30 to do some market research before she begins trading at the Street's 9:30 opening bell. After the market closes at 4 p.m., she's usually still online, ferreting out data for the next day's session. "I love it because it keeps my mind sharp and alert," says Harriet, who says she's making good money after a rocky start, though she won't say how much. "I plan on doing it until the day I die -- or until I've lost my ability to reason and concentrate."

Don't think it's just the older generation cracking into the day-trading world. It's women in general: In a field long dominated by men, especially young men, the number of female day traders is rising, at least based on anecdotal evidence.

"Last year, 12 percent of our customers were women," says Mike Dunn, director of public relations at Datek, a New Jersey online trading company. "This year ... it's 19 percent so far, and climbing." Dunn says roughly 20 percent of the firm's customers could be called day traders. As a result, Datek is conducting a survey of its female clients to find out more -- and to attract more of them.

But there's something even more significant than the number of women traders: In the opinion of several industry observers, women may have the upper hand when it comes to making money.

"More often then not, women are better because of the psychology of day trading," says veteran market watcher Merlin Rothfeld, who also teaches at the day-trading boot camp at Online Trading Academy, one of the oldest and most respected programs in the country.

"Successful day trading is all about risk management," adds Rothfeld, who has seen the percentage of women in his classes rise from about 2 percent to 10 percent in the past few years. "That means knowing when to get out, knowing how much you can afford to lose and not pushing your luck beyond a certain predetermined boundary."

Rothfeld and others say women day traders tend to possess a degree of humility and willingness to learn that many "cowboys" in the trade don't. "For example," he says, "when a stock is tanking and you have to cut your losses and get out, many new male traders don't like to admit that they picked the wrong stock.

"So they'll hang on," Rothfeld adds. "Then, instead of losing $1,000, they'll lose $10,000, out of sheer stubbornness. Women don't seem to have as much difficulty admitting they made a mistake."

Karin (who didn't want to give her last name), a 48-year-old day trader in Long Beach, Calif., has witnessed this bullheadedness among men at trading shops. "The men in the shops were always losing their temper -- which can be really distracting to you when you're trading. It got to the point where I had to start trading from home instead."

She says women usually just don't get as frazzled. "I tell my girlfriends that you can generally never tell how a woman day trader is doing from moment to moment. They have poker faces.

"In fact," she adds. "I think that day trading could be the ultimate dating litmus test. Before I got married again, I'd consider insisting that the man take a block of money and trade for a month, and see how he reacts under that kind of pressure."

Karin, who has been day trading for seven months, says she meets her modest goal of about $200 in profit every day. By the end of the year, she hopes to net $1,500 to $2,000 a day by dramatically increasing the volume of her trading.

Still learning, Karin says she completely changed her trading style after she lost $8,000 on a single stock overnight. "I learned never to hold a stock overnight, to babysit one stock only per day and to trade at a lower volume until I got more comfortable and knew more."

Toni Turner, the female author of "The Beginner's Guide to Online Trading," believes women inherently possess the skills needed for a career in day trading. "Women, it's been shown, are better at multitasking, and day trading is all about that," she says. "When you day-trade, you have to watch many, many market indicators at once."

And how does the average male trader feel about the swelling presence of women in their midst? Well, according to some women, they've learned to be more accepting.

"I remember checking my Cisco stock in 1992 using Quotek, one of the first hand-held, real-time stock monitoring devices," says Jeanette Szymona, a San Francisco Bay Area computer programmer who hopes eventually to quit her job and alternate day trading with traveling around the world. "A colleague of mine walked by and asked what I was doing. When I told him, he didn't believe me, because he didn't think a woman would ever be interested in trading.

"'You must be secretly watching soap operas on that thing,' he said to me. These days, when the men that I work with find out that I'm a trader, they ask for my advice on the market."