To heck with hactivism

By Brendan I. Koerner 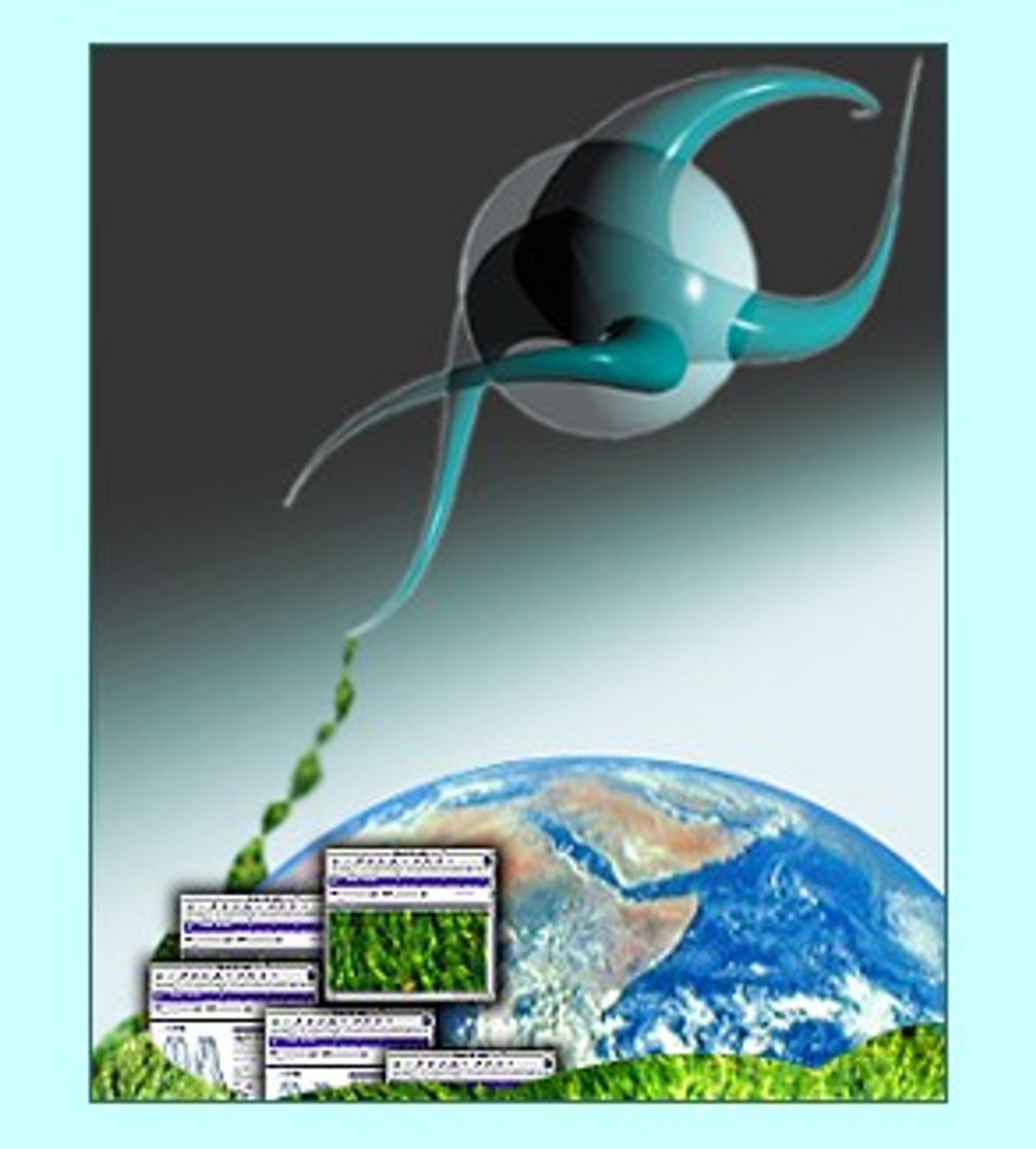 The keynote address at a typical hacker convention is delivered by the "Wizened Security Guru," usually an ex-CIA spook who wows the crowd with cloak-and-dagger tales. If he's not available, then the honor may fall to the "Hot Young Programmer," invariably a cocky coder who recounts his latest "eureka!" moment. But at last weekend's third-ever Hackers on Planet Earth convention, nicknamed H2K, the featured speaker was a confessed techno-idiot, a man who denies ever having so much as pressed an "ESC" key: Jello Biafra, ex-frontman for punk provocateurs the Dead Kennedys.

Decked out in a "D.A.R.E. to Keep Kids Out of Church" T-shirt, Biafra enraptured hundreds of hackers with a 90-minute diatribe against, among other things, the World Trade Organization, the Philadelphia police, "Al Gore, Inc.," USA Today and Taco Bell's value meals. "Use the Internet to create a generation that sees through corporate bullshit like never before!" he exhorted the crowd at New York's Hotel Pennsylvania. "Don't hate the media; become the media!" And though most audience members were not yet in diapers when "Holiday in Cambodia" debuted, Biafra's address was frequently punctuated by high-decibel applause and "Preach on, brother!" shouts.

Biafra's star turn at H2K was a bombastic symbol of the computer underground's growing zeal for political agitation -- whether it be greeting would-be visitors to a hijacked Nike.com with "Global Justice is coming -- prepare now!" while redirecting them to an Australian labor rights site, or disabling the Chinese government's censorware. Already adroit at rallying around their persecuted peers, many hackers are now awakening to the world beyond Internet Relay Chat. Ideological kin to the coalition of anarchists, Teamsters and Earth Firsters who spearhead the anti-globalization movement, these self-styled "hacktivists" dream of furthering social justice while comfortably ensconced behind their Linux workstations.

Just last weekend -- as about 100 hackers gathered for a "Cyber Civil Disobedience" discussion at H2K -- a group calling itself "Gforce Pakistan" defaced 11 pages belonging to the National Oceanic Atmospheric Administration. The usual weather-related pabulum was replaced with pleas for Kashmiri independence. "When the people of Kashmir want to be independent, why not let them?" the protesters wrote. "US, take some steps."

But even as the ranks of techno-pranksters on political missions swell, a number of veteran hackers categorize such "protests" as sloppy and counter-productive. "Ninety-five percent of it is bullshit," says Andy Mueller-Maguhn, an associate of Germany's Chaos Computer Club. "[The message] will be there for about five minutes. Then we've got a police investigation. Then we've got that Kevin Mitnick shit." In other words, more ammunition for anti-hacker hysterics to demand get-tough measures, with little to show for the sacrifice.

Critics of the strategy also question whether the defacers are truly committed to fighting the good fight, or are more interested in showing off their technical chops. "A lot of these kids, they're like, 'Cool, I just hacked a Web page and got my little political message up,'" says "Izaac," a cohost of "Off the Hook," a weekly radio show produced by 2600, the hacker quarterly. "Then you ask them what their message is, and they're like, 'Huh?'" The majority of Web page vandals, he points out, prefer to get their messages across with bawdy "yo' momma" jokes rather than well-argued dissertations on Nike's labor policies.

The truth is that while the hacktivist slogan, "The revolution will be digitized!" is certainly catchy, most techno-protestors have yet to prove themselves anything more than pests. Disorganized and occasionally reckless, many are content to deface Web pages with "Break the Bank!" graffiti; they are not engaging in powerful acts that might set the mandarins of globalization aquake in their boots. And right now, with the underground so fractured, and the hacktivist agenda so hazily defined, it's hard to imagine these techno-activists having any appreciable impact on global politics.

Though the word was recently coined, hacktivism can trace its roots to the prankster counterculture of the 1960s. The hacker ethos originated in the "Steal This Book!" culture-jamming hijinks of the radical Youth International Party and Abbie Hoffman, who pulled proto-hacking stunts by crafting payphone slugs. And the early "phreakers," who used their technical acumen to pilfer phone service, espoused the same anti-corporate beliefs as the pepper-sprayed protesters of Seattle.

Greg Newby, a professor of information science at the University of North Carolina, argues that many hacktivists also have a bred-in-the-bone inclination toward social justice. Filled with folks who wear the "misfit" label with not-so-subtle pride, the underground is a come-as-you-are club. "Hackers have always been blind to things like color and race and accent," he says. "There might be some prejudice against people who don't type fast, or have a slow connection, but we're blind to what is very important to the other people in the world."

Yet the bulk of hacker activism has been narrowly focused on pet causes. The "Free Kevin" movement, for example, which prevented über-hacker Kevin Mitnick from forever vanishing into the bowels of the federal penal system, was the community's political high-water mark. The latest geek-chic cause is Eric Corley, aka Emmanuel Goldstein, editor of 2600, who is being sued by eight movie studios for posting the source code to software that defeats DVD encryption.

At H2K, attendees showed their support for Corley/Goldstein by slapping "Coding is not a crime" bumper stickers on doorknobs and distributing leaflets publicizing a pro-2600 rally at Manhattan's federal courthouse. Sustaining that kind of enthusiasm for less "in your face" issues is tricky. It's far easier to rally support for an incarcerated colleague than for anonymous sweatshop laborers in Kuala Lumpur, particularly when so many members of the target audience are high schoolers who've yet to develop multitrack minds; if the rhetoric doesn't involve port scans, VBS scripts or Echelon, their eyes might glaze over.

"The problem with the hacker community ... is that it takes a hacker-related issue to get them out on the streets, like the Kevin Mitnick thing," says Reid Fleming of the Cult of the Dead Cow (cDc), the planet's most famous hacker collective.

Complicating matters is the culture's anarchic nature, which eschews centralized authority. There is no hacker brain trust, no fiery leader to organize the rank-and-file into a disciplined hacktivist cadre. Contrary to media portrayals, the underground is dizzyingly diverse, to the point of Balkanization. Old-schoolers who cut their teeth writing BASIC programs on Commodore 64s despise most newcomers as scenesters living out "Matrix" fantasies, wannabes lacking the smarts to push technology forward.

Surveying the scene at H2K, veterans grimaced at the teens who loudly boasted of how many servers they "owned." "Out of all the kids here, the hundreds of kids, there's probably two or three that will turn into real hackers," grumbled "Izaac." A lot of the youngsters, meanwhile, dismiss the old-timers as ... well, old-timers, unhip and crotchety to the extreme.

To foster harmony among the culture's squabbling factions, and hopefully pave the way for hacktivist organization, Newby is supervising the creation of a "Hacker's Code." The code, in part inspired by the Hippocratic Oath and Isaac Asimov's Laws of Robotics, features such statements as "Hackers share and are willing to teach their knowledge" and "Hackers often disagree with authority" -- hard-to-argue generalities designed to forge common ground between young and old, greenhorn and expert.

"If computers are the key to the future, then hackers control the key," says Newby, who has been programming for nearly two decades. "So we're potentially a great force for making change. But we're not going to do well if we can't get a little organized."

Goldstein is similarly intent on awakening hackers to the need for unity. As principal organizer of H2K, he designed the convention to resemble a campus political meeting rather than a hobbyist powwow. In addition to the requisite workshops on open-source security and shortwave radio, H2Kers were encouraged to attend such politically tinged panel discussions as "Secrets of the DNC/RNC," (Democratic National Convention and Republican National Convention) at which a street-level activist named "ShapeShifter" offered lessons on how to chain oneself to a bus axle. Step 1: invest in a Kryptonite bicycle lock.

This was almost certainly the first-ever hacker conference to feature an Ivy League researcher lecturing on the teachings of Henry David Thoreau -- about as low tech a figure as American history can offer. In the "Cyber Civil Disobedience" discussion, Dan Orr, from the Annenburg School at the University of Pennsylvania, argued that the roots of hacktivism run back through history, to Martin Luther King Jr. and Ghandi, and to Walden Pond, where Thoreau coined the term civil disobedience.

"That's what I wanted the focus to be on, on kids applying themselves to realizing there's a world beyond their computers," says Corley. The kids seemed intrigued by the philosophical chatter, but one vital question went unanswered at H2K: What, exactly, should hacktivists be doing?

A vanguard of older, more professional hacktivists have pulled off some high-visibility stunts, which would argue for more high-profile Web site monkey-wrenching. The trailblazer is the Electronic Disturbance Theater (EDT), a pro-Zapatista group that took to cyberspace in 1994 when, according to co-founder Ricardo Dominguez, they "realized the streets were dead." The EDT became famous in 1998, when it organized a well-publicized "virtual sit-in" on the Web site of then-President Ernesto Zedillo. Flooded with access requests from over 18,000 protesters, the site buckled and crashed. EDT's success has inspired similar efforts by the likes of Great Britain's electrohippies, the group responsible for disabling the WTO's Web site last December.

But the Cult of the Dead Cow, another hacktivism pioneer, decries such actions as egregious violations of free speech. After the electrohippies' WTO virtual sit-in, cDc member "Oxblood Ruffin" published an impassioned critique of such attacks. "No rationale, even in the service of the highest ideals, makes them anything other than what they are -- illegal, unethical, and uncivil," he wrote. "One does not make a better point in a public forum by shouting down one's opponent."

But until the nascent hacktivists -- from the kiddie lone wolfs to the skilled crews -- can unite behind a coherent game plan, they'll have little shot at effectively heeding Biafra's anti-globalization, anti-corporate, anti-authoritarian refrain. Though they still have yet to walk the walk, hackers are, at the very least, learning the radical shtick. At one H2K panel, when ShapeShifter announced, "If we got rid of things like capitalism, the Internet would be great!" there was a moment's silence. Then a wave of nervous laughter. And, finally, thunderous applause and a peal of "right ons!"

Brendan I. Koerner is a Markle Fellow at the New America Foundation.

MORE FROM Brendan I. Koerner