I want my own .tv

The CEO of a company that administers the domain name for the island nation of Tuvalu thinks it could be more profitable than .com. 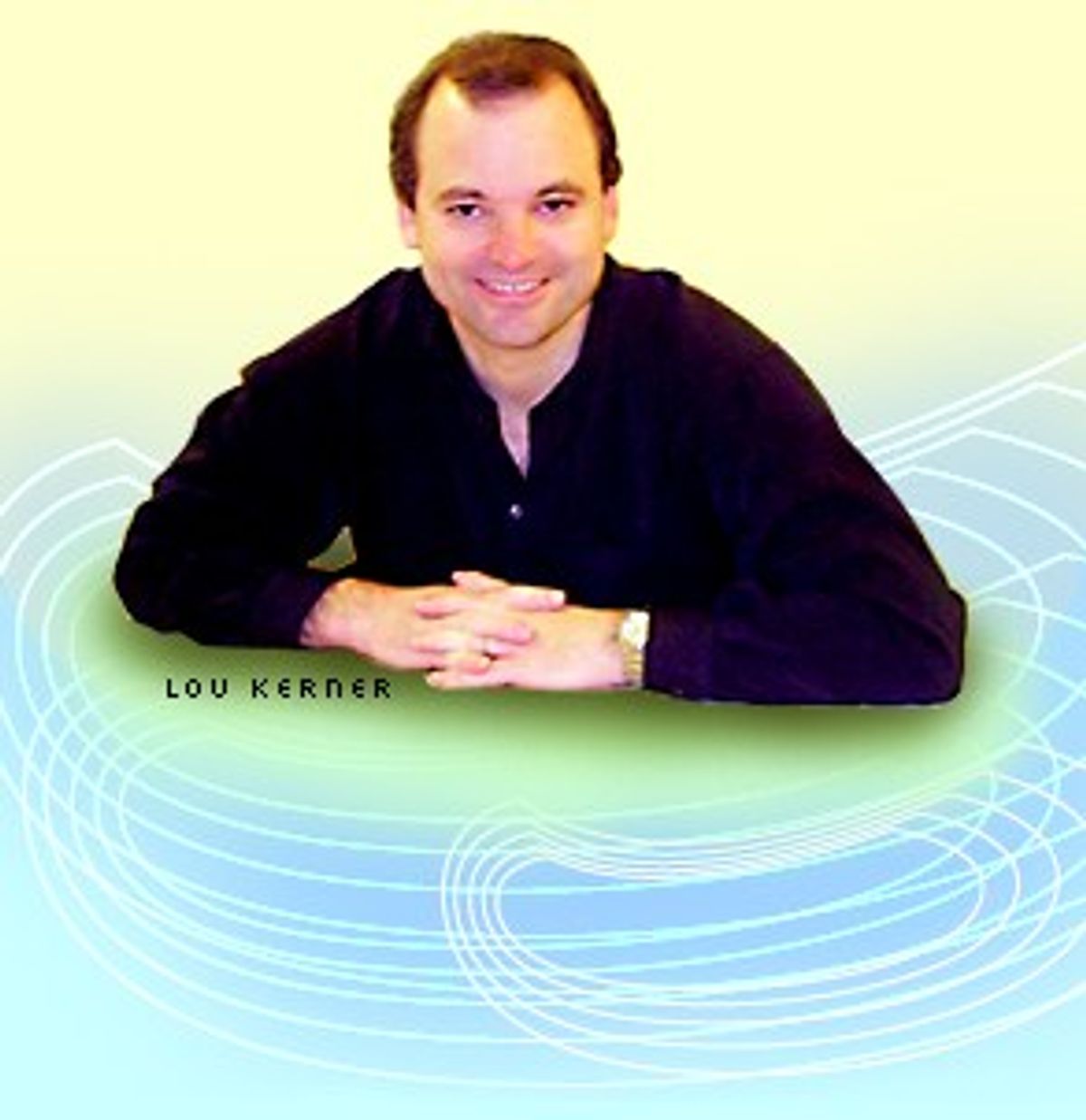 Lou Kerner has never visited Tuvalu, but that hasn't stopped him from building a business around the group of eight tiny Pacific islands. After all, Tuvalu has exactly what Kerner says we all need: .tv, a top-level domain that's memorable, simple to spell and full of available names. In .tv, you won't need to register something like "Flooz" to start a business. Everything from business.tv to news.tv is open and available.

Kerner's plan is to turn these names into cash. The Tuvalu government agreed in November 1999 to let his company dotTV administer the domain, selling names and managing the database. The island nation owns 20 percent of the company and receives quarterly payments of $1 million, and in return, dotTV gets, well, everything else. To Kerner -- a former analyst for Goldman Sachs who first heard about dotTV last year, when its primary investor, Idealab, asked him to become CEO -- the numbers worked out.

"I had never seen a company with as compelling a business model as dotTV," he says. "I thought from the start that .tv could be bigger than .com, so I was very excited about it."

Still, the domain-name marketplace is anything but stable. Only months ago companies were adding .com to their official company names in the hopes of raising investor interest. Now, many of them are retreating from the suffix as if it were economic E. coli. On one hand, this could make .tv an attractive alternative; on the other, it could be a sign that the world has tired of dot-everything.

And that's not the only challenge before Kerner and his 50 employees. The Internet Corporation for Assigned Names and Numbers doesn't seem to be helping .tv's cause. Just this month, the nonprofit ICANN, which manages the domain space, agreed to release new top-level domains. No longer will we be limited to .com, .net, .org and country codes like Tuvalu's .tv or Tonga's .to. Soon, .store, .arts, maybe even .sex could become available, creating even more open territory -- and it could all be less expensive than .tv, which charges a minimum of $100 per year per domain name, substantially more than the standard $35 for a .com address.

Can .tv compete with .com?

We think we'll be bigger than .com. We think that more clicks will be in .tv than will be in .com. There may be more .com sites, but the leading sites, the ones people go to, will be .tv sites.

Why do you say that? What does .tv have that other domains do not?

First, it's two letters: People prefer shorter domain names and whatever new top-level domains there are will be significantly longer. It's also global, so while .store means store in English, it doesn't mean store in China. That's important; probably 5 percent of our revenues have come out of China. China.tv was sold for $100,000 a year to the second biggest ISP in China.

We can also technologically leapfrog .com, .net and .org with things like non-ASCII character recognition. For example, we're going to be introducing shortly the ability to put Chinese, Japanese and Hebrew characters into the browser.

Ultimately, we think it's the broadest option.

Still, ICANN announced this month that it would release new domain names. There's no word on which names it'll release, but what if something like .stream or .video comes out? How will the addition of new names affect your business?

But .tv is so specific -- don't you fear that its growth is limited to the broadcasting industry?

Well, everyone in the world is going to be a broadcaster. Not all of our registrations have been from the media. Apple, AT&T, Liberty Digital -- the largest pharmaceutical company in Norway is going to be streaming video to their sales force over their .tv address, so it's much broader. What dotTV is not really about -- and this is really important -- is the box in your living room. We want to be the domain for rich media content and streaming video, which is going to be 1 percent of the good Web sites today but 100 percent of the good Web sites in the very near future.

So you're hoping to extend the definition of "TV" ...

Well, we're hoping to marry it to the dot. We're not TV, we're dotTV. We're about rich media content on the Web -- which is what TV is; it's rich media, it's streaming video. And it's the most powerful form of communication, so every Web site is going to have it. Yahoo has FinanceVision, for example. Amazon is doing a cable channel and a companion TV site. America Online has AOLTV.com. So there's already convergences happening today.

But so far, what percentage of your customers come from the media?

I'd probably say 10 to 20 percent of our registrants are in traditional media. But we're also seeing growth elsewhere, in real estate for example. It's our second biggest market because real estate companies put up streaming video of the homes or office buildings that they're selling.

Have any of these "tv.com" sites, like AOLTV.com, crossed over and registered with you?

The only leading companies that have announced they're changing over have all been broadcasters, like KNBC in Los Angeles.

How many total registrations do you have so far, since you started selling names in April?

We're tracking significantly above expectations. We've sold tens of thousands of names; I looked at the original plan we wrote in February and we're at about triple the number of registrations that we thought we would have.

I don't think we're quite there yet.

And are these coming mostly from inside the United States?

How does the business work: What can people expect to pay for .tv names?

What we've done is marry the primary and secondary markets. The primary market is fixed price, come and get it. We charge, assuming it's not a generic word, $100 per year, an annual registration fee. But then we also recognized that the generic words in any language are the most valuable words, so we auction those off for anywhere from $1,000 (annual registration fee) to $1 million.

Has this system proved profitable yet?

I can comfortably say that we'd never have to sell another domain name and we'd be a profitable company. We're significantly profitable. When you sell a domain name for $100,000, your profit is $100,000. It's a 100 percent margin business.

Speaking of countries, other country code administrators have threatened to boycott ICANN, claiming that the organization has no right to manage sovereign nations' decisions -- what are your thoughts on the much-beleaguered organization?

We're very supportive of ICANN. We think you need to have a body that oversees the domain-name space; we like the fact that it's a nonprofit organization centered on consensus-based decision making. We've been very aggressive in terms of working with ICANN and adopting their policies. We're one of the only country-code top-level domains that adopted the Uniform Dispute Resolution Policy that ICANN put out.

What about the issue of trademarks? As you know, ICANN is still struggling with how to balance the rights of trademark holders with those of the general public. Where does dotTV stand on this issue?

Well, we think that's the most important thing that ICANN needs to take care of. The way it works for us is the only way it works for any domain -- you come and get what you want to get. There are no policies that protect us in trying to decide who is the rightful holder. So we don't adjudicate on trademarks at all. It's first come, first served. The most aggressive thing that ICANN has enabled us to do to protect the rights of trademark holders is to adopt [ICANN's policy], which says that a registrant agrees that he or she doesn't know of any trademark that's being infringed. And that person agrees to arbitration if a trademark holder comes forward and believes that they've been infringed.

It creates a tremendous burden on us. A lot of people are unclear on the right policy. They come in and get other people's trademarks, then the [trademark holder] comes and tries to get their name in .tv and they can't, so it starts this arbitration process. It's very time-consuming for our customer support staff.

We think ICANN needs new policies -- like there's the sunrise policy where when you open up a new top-level domain, you actually let trademark holders from around the world come and register their names first.

Do you think that's fair? What if a union of coke miners wants to stream their meetings online at coke.tv?

I think Coca-Cola is pretty fair. We can probably all agree on that.

Coke gets more difficult, which is why you need some really smart policies.

Unlike registries based in America, like .com, you also face another threat: political upheaval. Do you have any concerns about the contract's security -- what would happen if someone else, say Network Solutions, offered to administer .tv for a lesser percentage and Tuvalu agreed?

Well, the same thing could happen with .com or .fr or .uk. The government of Tuvalu could come in and break the contract. Governments are sovereign nations that can do what they want. All I can tell you is that the government of Tuvalu is extraordinarily happy with how things are progressing. We structured a contract that not only gives them an annual payment but lets them share in the upside of the company, with 20 percent ownership.

How much money has Tuvalu earned so far?

They've been paid $18 million to date.

Do you have any idea what they're using it for?

Electricity. There are eight islands; the major one has 4,000 people. There are about 1,000 people on each of the others, and the first thing they did with the money was buy generators to electrify the outer islands. They're also using part of the money to pay their United Nations fees. So you couldn't imagine something more positively impacting the people than this.

Are they using any of the money to get online?

Well, if you're not receiving electricity, you probably won't be on the Internet anytime soon. But we send e-mail back and forth to the government. Otherwise, the number of people on the Internet is quite low.

But you think that .tv will eventually catch on -- even in places as remote as Tuvalu?

Absolutely. We refer to ourselves as selling beachfront property because all we have to do to get customers is put a "For Sale" sign out front. We've sold thousands of domain names already and most people don't even know about us. All we need to do now is show the world that we exist.