Prostitution has always been useful for people who can't find true love. Part 3 in a series. 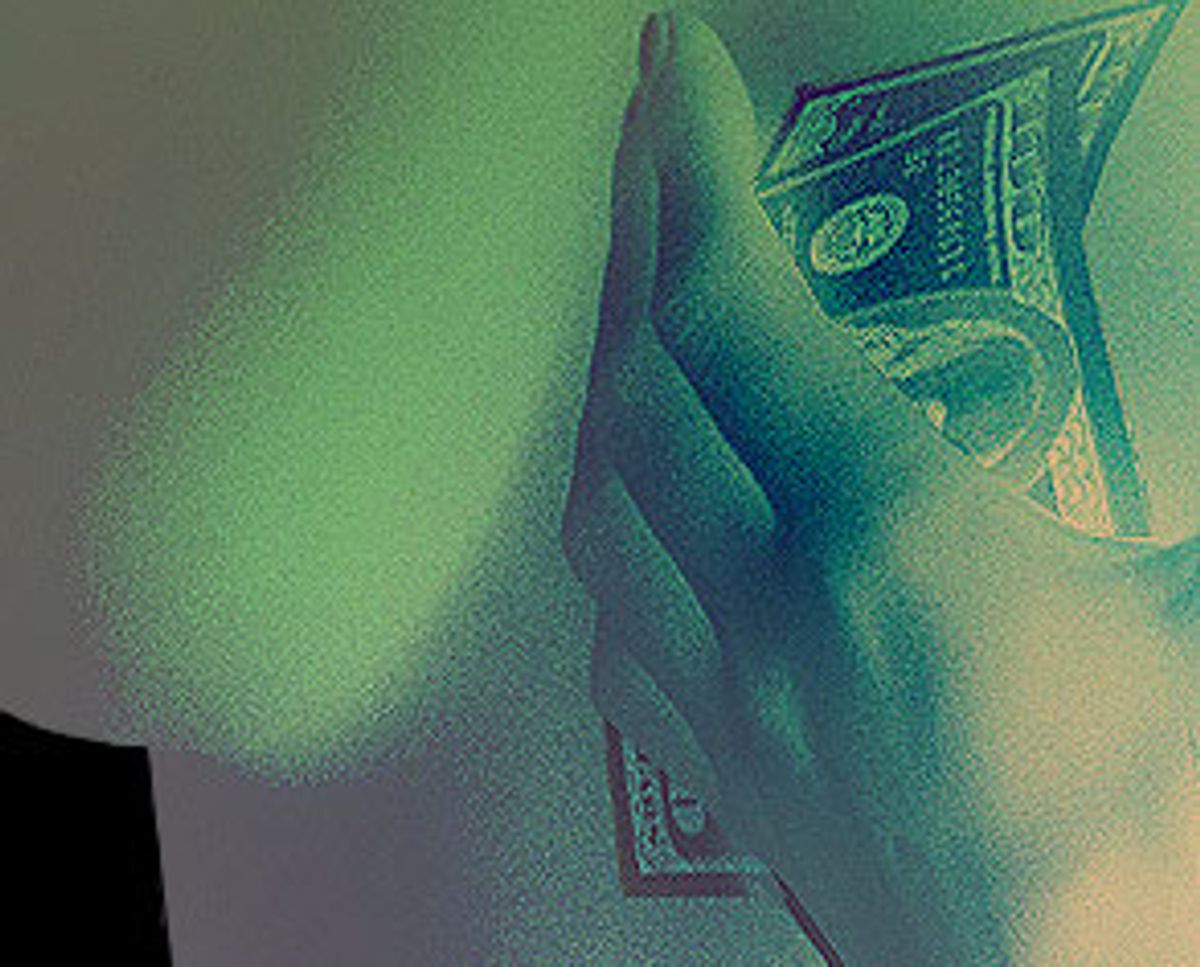 I met Mary Lou through a Washington, D.C., organization called Helping Individual Prostitutes Survive. (The six paid staff members and 40 to 70 volunteers of HIPS distribute condoms from a van parked on "the track," the desolate strip where johns and streetwalkers cruise each other. HIPS also helps prostitutes get housing, medical care and other services and, according to its brochure, "develop the skills they need to pursue self-determined, independent, productive lives."

The four HIPS workers I interviewed gave me nothing, hiding lurid details and generalizations alike behind a fence of social-science integrity. They danced around questions about rates of child abuse or lesbianism among sex workers or about legalizing prostitution with answers like "It depends on the population interviewed" or "What section of the country are you talking about?" or, over and over, "Everybody's different; you just can't generalize." They were hamstrung partly by their unwillingness to condemn their clients even indirectly. The HIPS motto could be: "We'll help you get off the streets -- not that there's anything wrong with the streets."

Their principled wriggling reflects the ethical and emotional slipperiness of prostitution. There's no denying what drives it: Men -- and some women -- want sex without emotional strings sometimes. Women -- and some men -- can make good money easing this below-the-belt loneliness. In its basic form, prostitution is victimless, perhaps benevolent.

So why is the reality so grim? We can sell almost anything else with impunity; what makes sex different? Mary Lou says her friend Crystal advised her before her first trick: "Just think of it as a one-night stand you're getting paid for." What does money change and how?

HIPS case manager Pat Novinski is a no-bullshit ex-New Yorker who has worked for more than 20 years with sex offenders, victims of sexual abuse and sex workers. Despite that long window onto cruelty, she maintains a strong, unshowy kindness and belief in humanity. When she calls me with Mary Lou's number she reassures me, "I'd never send you someone who could be hurt by getting interviewed."

Mary Lou found HIPS through a therapist -- to receive services, I assumed. But the day after the referral, Mary Lou went in to offer, not seek, help. She volunteered, she says, "to help girls on the street. That's a really tough life. I feel for them, but I can only imagine. Those girls don't have options, but I do. I could stop at any time ... I thought HIPS wouldn't let me volunteer because I don't want to stop, but Pat [Novinski] said, 'We could really benefit from someone who's still in the field.'"

Mary Lou has also tried dating guys her age, not for money. One of these young men figured out her profession and told her, "You're different from the other girls; they're all caught up in the life, but you like music and studying and school." Mary Lou says, "I liked hearing that, but now I'm afraid I am more caught up in it, and I'm trying to keep that from happening, so I don't forget my goals and dreams. So that's why I'm getting involved in HIPS."

Mary Lou's goals and dreams are understandably hazy. Her professional role models are her lobbyist and lawyer johns and underpaid angels like Novinski -- not natural booth partners at the job fair. A satisfying personal life is even more remote. "Sometimes I'll be watching a movie and I'll dream about being in love with a boy," she muses, "but then I wake up! It's not reality ... Sex is a special thing, but not so special I can't sell it."

Prostitution's effect on her psyche is mysterious, in part because she's not really there to observe it. "It's almost like I trained my mind to act like I like it but not have any thoughts. I have the thoughts like 'What is this doing to my body and my mind and my self-esteem?' a few days later, but not as it's happening.

"I think some women really like being prostitutes. But I also think a lot feel bad about it. Even though the guys are paying me for it, I feel like they're robbing me of something personal. And I wonder, 'Why are they doing this? Why don't they go home to their wives? Why don't they talk to their wives?' Maybe if they just told them they'd like them to dress up or do something different, they would."

Mary Lou predicts she'll stick with prostitution for five or 10 more years; she's not sure how she'll know when it's time to retire. "It'll take something significant, like meeting that guy I fall in love with, or meeting that guy who will take care of me." She envisions continuing even if she has gone through college and found a career she likes. "You can never have enough money. If I was making $40,000, I'd want to do it on the side and make another $60,000."

Mary Lou the entrepreneur is more assured and focused than Mary Lou the sociologist/psychologist. "I'm getting ready to put another ad in the paper because they all seem to go away at the same time," she explains. "The new ad will say the same thing ["Beautiful young student in search of wealthy male benefactor"]. But I'm going to have my new recorded message say, 'If you don't have a lot of money, don't call,' because I had a lot of men call and talk about their physique or how good they look. I don't care what you look like; if you've got money, that's all that matters. All I care about is the money."

During our lunch, Mary Lou says proudly, "Pat at HIPS said that I'm a switch -- most girls get into drugs more when they become prostitutes, not get off drugs." When I call her back a few weeks later, she's more subdued. She starts out chattering about her new project, photographing graffiti in blighted neighborhoods. "I want to capture D.C.," she says.

Then she asks, "Remember my little addiction problem?" She confesses that she has spent $900 on crack in the past two weeks. The day before, she'd given a dealer a blow job for a rock, her first sex-for-drugs transaction.

The words pour out of her: "That upset me that I did that for more drugs; it seems like a step back." After she buys crack, she takes it home and smokes alone: "When I'm high on it, I don't want to talk or be touched or go outside; I get paranoid ... When I'm sober, I can have sex for money and not think about it, but when I'm coming off the drug, I think about what it's doing to me and what my life is." She starts to cry.

"I know it doesn't make any sense that I'd go back to this drug that doesn't even make me happy. I don't think I'd be doing it if I wasn't so lonely. I would love to have a family I could talk to, or close friends, but I don't."

The HIPS workers' refusal to generalize makes more sense now. Mary Lou's story won't be a straight climb out from under her past, and no single story could condemn, defend or explain prostitution anyway. Child abuse, addiction, Mary Lou's youth and the bottomless capitalism she has learned from her johns all blur the view of her profession. The closest thing to a blanket truth comes from Pat Novinski.

Peering over her reading glasses, Novinski observes dryly, "People who go to prostitutes are not working on their ability to have an empowering, empathic connection with another human being. They're not working on that. In the absence of skills of intimacy ... prostitution serves a major function." It's an observation Mary Lou could expand on in a sociology class -- or while counseling a different sort of client.