The veep nominee was on the finance committee for an Arab-sponsored charity dinner that excluded Israelis. 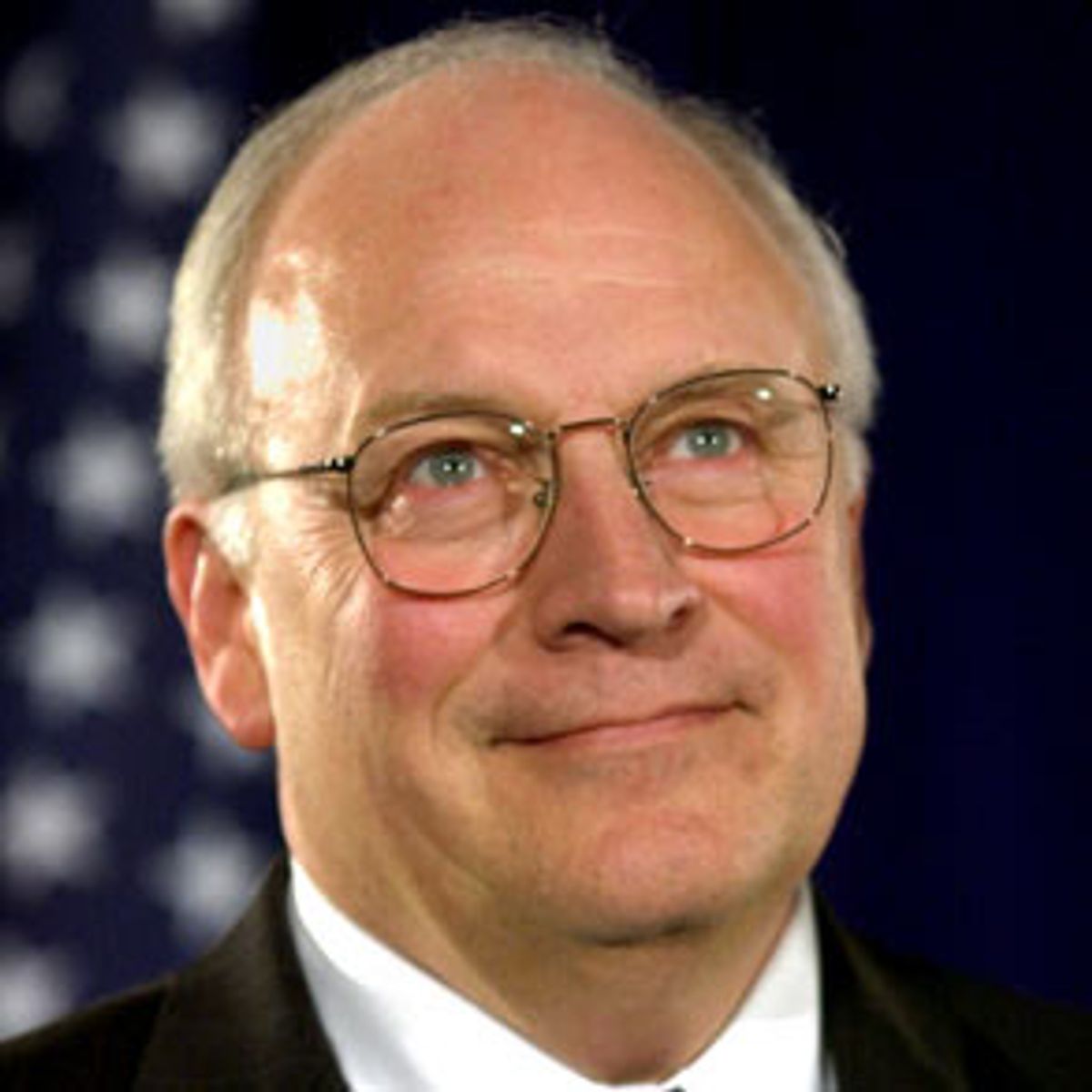 Republican vice presidential candidate Dick Cheney was on the finance committee of a May 3 fundraiser that barred Israelis and was controversial enough for Senate Minority Leader Tom Daschle, D-S.D., and first lady Hillary Rodham Clinton to withdraw as honorary chairpersons of the event. Senate Majority Leader Trent Lott, R-Miss., according to one of his spokesmen, also contemplated removing his name from the invitation, though the spokesman was unsure if Lott did so or not. A source confirmed Thursday that Cheney attended the event.

The Bush campaign did not return repeated calls for comment.

The original controversy arose in late April after the Forward newspaper, a Jewish weekly in New York, reported that Clinton would be criticized by her then-opponent in the New York Senate race, Mayor Rudy Giuliani, for participating in the fundraising dinner for the Mosaic Foundation, a charitable group run by the wives of Arab ambassadors.

The problem, the Forward pointed out, is that the Mosaic Foundation excluded Israelis from the dinner while inviting virtually the rest of diplomatic Washington.

Those on the invite list included longtime Palestine Liberation Organization spokesman Hassan Abdel Rahman, as well as individuals from the embassies of Syria and Sudan, both of which are listed as state sponsors of terrorism by the U.S. State Department.

Before Clinton withdrew her support of the dinner, a Giuliani spokeswoman slammed her for her participation, saying that it was "surprising that Mrs. Clinton would lend her name and support to an organization that has a policy that is not only exclusionary but seems to be inconsistent with the spirit of the peace process."

Soon enough, Clinton withdrew her name, as did others. "Senator Daschle took his name off the invitation when he found out that the Israeli ambassador was being excluded, despite the fact that everyone or almost everyone in the diplomatic community had been invited," said Ranit Schmelzer, Daschle's communications director. "It's an issue of inclusion and fairness and in this case, of someone specifically being excluded."

In the April 21 Forward, various Jewish leaders criticized the dinner. "I think public figures have to take into account the message it sends if they participate in such an event," said Malcolm Hoenlein, executive vice president of the Conference of Presidents of Major American Jewish Organizations.

"This is an event that included all of diplomatic Washington minus the Israelis," groused David Harris, deputy executive director of the NJDC. "Especially at a time that Israel is proving its commitment to a comprehensive Mideast peace, it is in anachronism to exclude Israelis solely on the basis of their Jewish roots and nationality."

On the other hand, Matthew Brooks, executive director of the RJC, said that "being on a finance committee is mostly an honorific title, anyway." He also distinguished between "the way you look at the participation for somebody who is an elected official or somebody who is running for office and someone who is a private citizen. At that juncture, he was still a private citizen. Were he a candidate or were he still a member of the administration or running, we could hold him to a higher level of accountability in terms of his participation. It would be a different story if he participated next week or next month from now."

At the time of the dinner, according to the Bush campaign's timeline of Cheney's odd self-annointment as the veep nominee, Cheney was not yet a candidate in the vice-presidential selection process he was running, though he was obviously an active adviser to the campaign. His invitation to the dinner may have had as much to do with his business -- until this week he was CEO of the Halliburton Company, a Dallas-based oil-services provider -- as it did with the alliances he, as defense secretary from 1989-1992, forged with Arab nations during the Gulf War.

The Halliburton Corporation is the world's largest oil-field service company. As its chairman and CEO, Cheney has voiced opinions that are at odds with supporters of Israel, the Middle East's lone democracy. Cheney opposes restrictions on doing business with countries that have an economic boycott against Israel, for instance. Only weeks ago, at the World Petroleum Congress in Calgary, Alberta, Cheney called for economic sanctions against Iran to be lifted.

"I would hope we could find ways to improve" relations between the U.S. and Iran, he said. "One of the ways I think is to allow American firms to do the same thing that most other firms around the world are able to do now, and that is to be active in Iran."

The situation is a potentially awkward one for Cheney, whose new boss, Bush, recently tried to signal to the American Israel Public Affairs Committee that he was -- on the subject of Israel at least -- heir more to the views of President Ronald Reagan, who was seen as a strong supporter of Israel, than those of his father.

President George Bush was criticized by many in the Jewish community for taking an unfairly hard line against the Israeli government, once portraying himself as "one lonely little guy" competing with "some powerful political forces." Bush's secretary of state, James A. Baker III, is said to have once remarked about American Jews in March 1992, "Fuck 'em; they didn't vote for us."

The Mosaic Foundation was founded in 1998 by wives of 18 Arab ambassadors to the United States. The group is a nonprofit dedicated towards raising funds for American charities; the May 3 dinner raised $650,000, which was earmarked toward Save the Children programs in Egypt, Gaza, Jordan, Lebanon, Morocco and the West Bank.