Bush on the spot

The "Yo Quiero Taco Bell" guy, an ex-George editor and others weigh in on one of the GOP front-runner's latest ads. 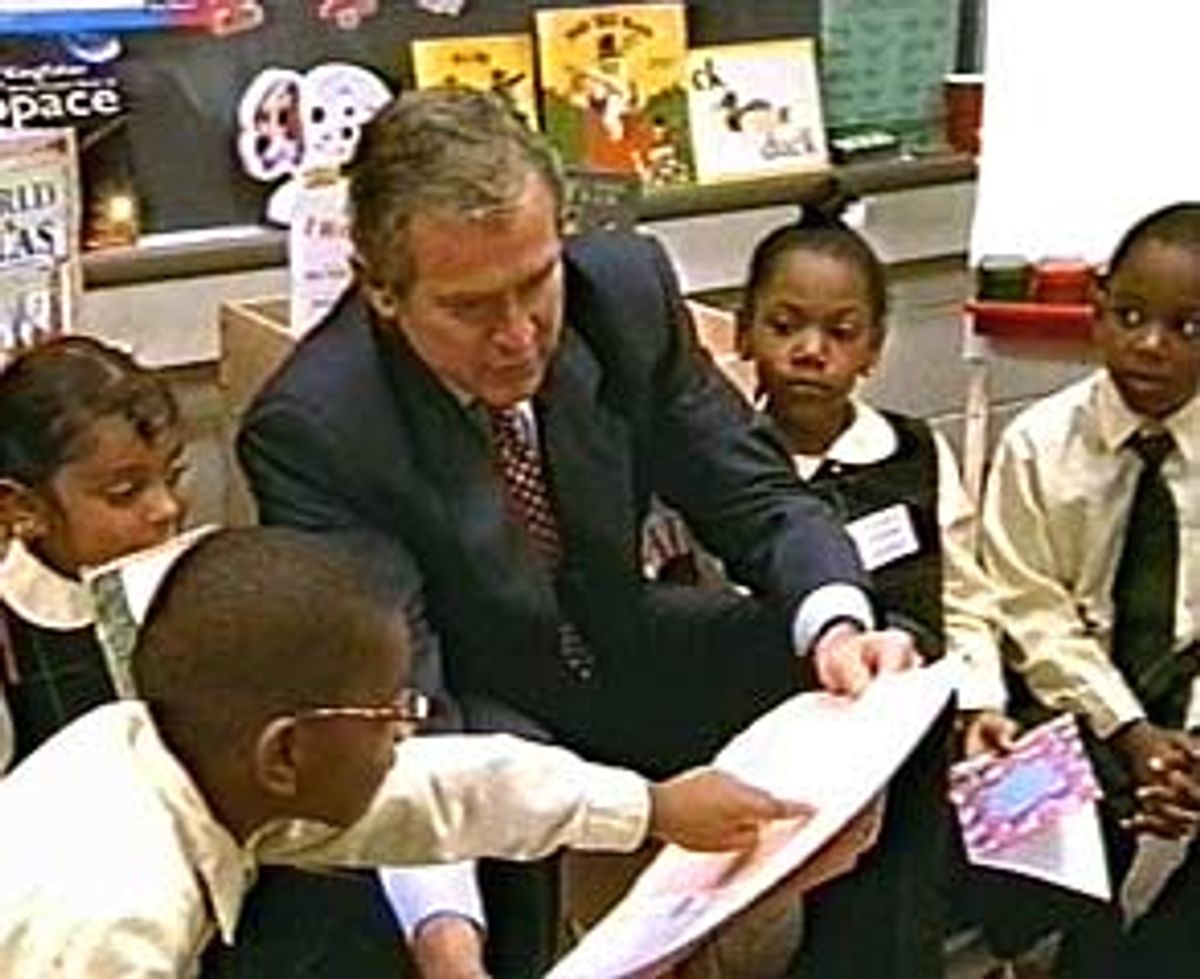 In one of George W. Bush's latest ads, titled "Expect More," he plays up his reputation as an education reformer. The spot, financed by the Republican National Committee, earnestly pleads for school reform amid a multi-culti crowd of kids.

View the ad for yourself:
RealPlayer Play

Does it make the grade? We asked our panel of image experts:

It seems that political advertising lives in its own world. It has its own definition of what people are willing to believe and its own rules. There appears to be a general lack of creativity and I believe as a result, a failure to truly engage viewers on an intelligent level.

Why would I purchase one product over another? Do I like the product? Is it relevant to my life? Does the product solve a problem? Is the advertising talking to me?

These are all questions that seem to be overlooked by the creators of this ad. The images, while certainly emotional, result in only making a generic statement. A politician with a group of ethnically diverse school kids while a voice-over drones on. Couldn't just about anyone running for office make this statement? Perhaps Governor Bush has truly done wonderful things for the school system in Texas, but how would anyone know given how pedestrian this ad is?

It would be interesting to approach political advertising with the same process, passion and creativity as one would apply to selling a nice car. Who knows, we just might get the right person elected.

Really, am I supposed to believe that he goes and hangs out with schoolchildren? It seems so staged and phony. It's like the model of it was created in the 1950s and no one has moved beyond that.

My perception as a viewer of these things is that they did a good job with George W. in this ad because in everything I hear about him, every clip that I see on television, he's sounding as mumble-mouthed as Dan Quayle used to. He sounds like he can actually string a sentence together here, which is good for him. But there's nothing remarkable about it. I just didn't find it very compelling.

The setting where he's talking to you from his "library"? Well, that's not his library. Please, that's a set. They've set it up to look like "this is where George hangs out." I don't believe that for a second -- maybe some people do. And then him at the graduation, another staged moment. The settings look like they've been totally put together by a production company. So there's nothing real, nothing human about it. It feels like he's playing the character of a presidential candidate.

I think that it's definitive proof that we're seeing the first presidential campaign between two baby boomers, and also a campaign where the economy is not an issue. Education is something you talk about when more urgent things aren't there. It reflects the obsession with children that baby boomers -- both candidates and voters -- have.

The production values were fine. The ad shows Bush is comfortable with two things: comfortable with himself and comfortable with what his father called "the little brown ones," with diversity. I think that's an important signal for him to send. The only real message in it is that George Bush is for education.

Jonathan Foreman is a film critic for the New York Post and a frequent contributor to Salon.

Despite the fact that the candidate speaks just a bit too slowly -- as if his audience were made up of children who were held back a grade -- I thought the ad was surprisingly tight and effective. It makes the conservative case for education reform -- if you really care about children, then you'll want discipline, high standards, an end to social promotion, etc. before just throwing money at the schools -- with admirable brevity.

Sure, it overdoes the presence of smiling black and Hispanic children. (Message to moderate white voters: I really, really am a compassionate, inclusive conservative.) And all the visual gimmicks designed to emphasize uplift -- white graphics that float from the bottom to the top of the screen, cap-and-gown-wearing graduates shot from ankle height -- aren't subtle.

But it's an effective package, nonetheless, with the floodlit, nighttime graduation shots adding a sense of rock concert excitement. Bush seems comfortable in an open-necked shirt; it looks like something he might actually wear, rather than one of Gore's carefully chosen earth-toned outfits. And he's clearly working hard, with some success, to seem like a serious, parental type of guy, rather than a dumb, overprivileged, irresponsible frat boy. Bush's emphasis on key words like "courage," "accountability" and "discipline" is par for the course in political advertising. They're intended to resonate not just with self-identified conservatives but also with working-class and black parents upset by disorder in the schools."

"It is very good. It communicates a strong message simply and effectively. It shows Bush as a man of compassion and results. It features the three criteria that the Republicans have identified for success: accountability, high standards and local control. The three points are simple, generic enough that anyone would agree with them. They seem like a real common-sense approach. It's strong political advertising -- i.e., positive -- and communicates an effective message clearly. Good stuff."

Another political ad remarkable only in how lame it is. This commercial says a lot, but offers little. Raise standards, accountability, discipline, blah, blah, blah. When Gore does an education ad it's going to be the exact same crap. Give us something that differentiates Bush. Take one of those many issues mentioned in the ad and say something meaningful. You come away from this ad with nothing other than the idea Bush is for education. And what political candidate isn't for education?

The soft visuals of kids and heartfelt music are reminiscent of every political ad done for the last 10 years. I've read about all these political communications experts Bush has brought in to work on his campaign. I think what he needs is someone who's never worked on a political ad before.