Leaving nothing to chance, the GOP is now seeking political aid from beyond the grave. 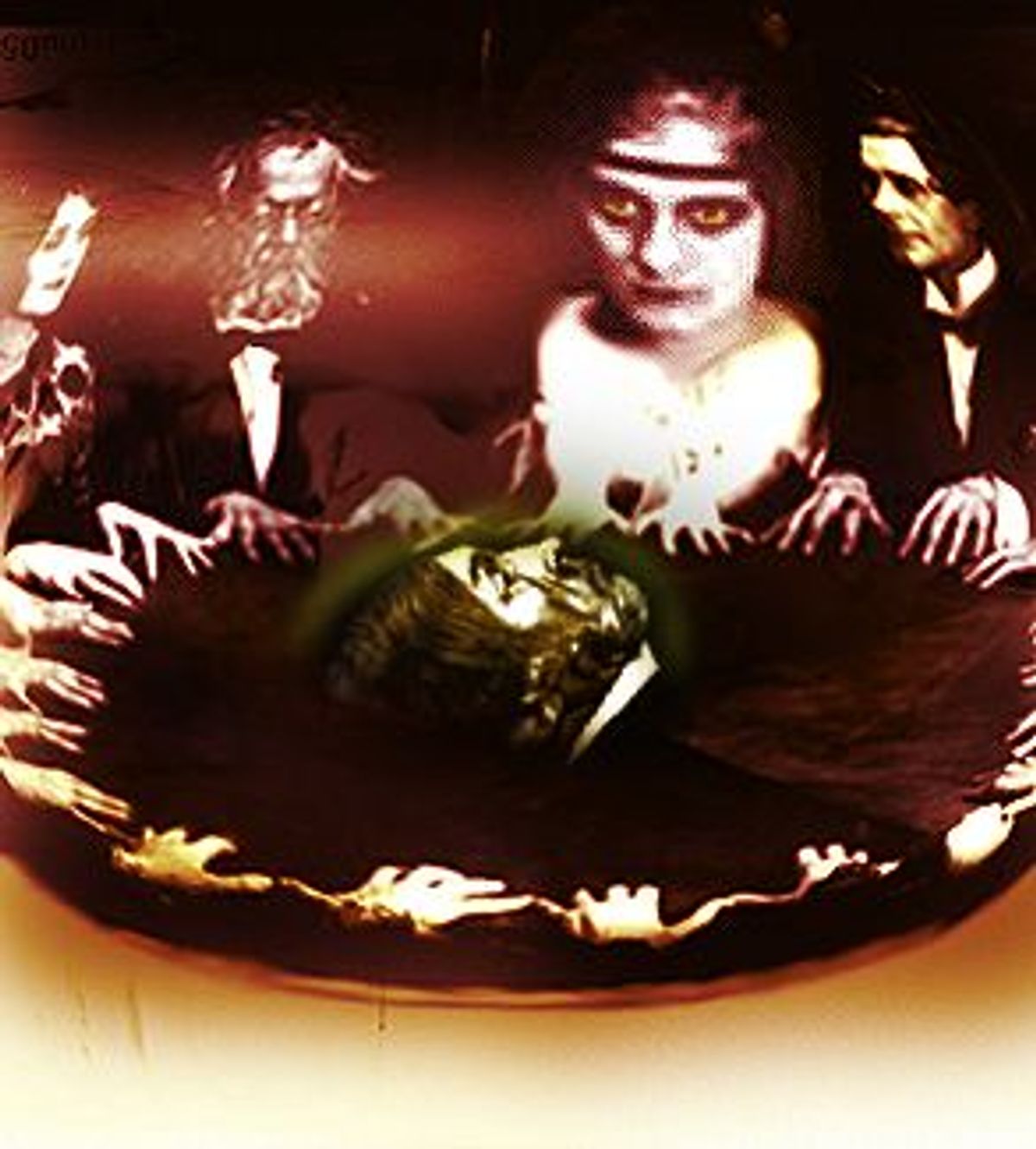 Although the Republican Party is encouraged by polls showing Senate hopeful Rick Lazio gaining on rival Hillary Rodham Clinton, the GOP's nonetheless concerned that Lazio's message is not getting through clearly enough to potential voters. Recently, party leaders called an emergency strategy siance with former New York political luminaries. Nancy Reagan, for a small fee, acted as the go-between with the spirit world.

As Mrs. Reagan summons the grand old gentlemen -- her eyes closed, her whispering voice beckoning them from the Other Side -- candles dim, chairs wobble and an unmistakable air of greatness wafts through the parlor. Suddenly, all is still.

Nancy Reagan: "Gentlemen, it's nice to commune with you again. However, let's not waste time. We all know what's at stake here: Mr. Lazio, as my husband might say, is the party's sole bulwark of conservatism against the red tide of Clintonism."

An icy wind fills the room and the curtains flutter. The sound of a cane rapping on wood echoes from some indistinct place. The smell of well-oiled leather permeates the air. There's a whiff of talcum powder.

Teddy Roosevelt: "Glad to be of service. A man's got to act when called upon, and he's got to be brave in combat. Now then, Lazio, you look like a nice young man. Maybe a little soft and short, but nice. I say, Lazio, you've got to be willing to develop calluses on your behind like a Rough Rider. You've got to relish the feel of dust and sweat on your face. I'm talking determination, son. What do you have to say for yourself?"

Teddy Roosevelt: "What in tarnation did he just say?"

The sound of rustling currency is heard.

Nelson Rockefeller: "I think he just said the Spanish word for yellow, amarillo."

Hamilton Fish: "What does that have to do with anything?"

Alexander Hamilton: "Perhaps he is trying to impress you as well traveled, Theodore."

Nancy Reagan: "Allow me to interpret. Mr. Lazio just said that he is a real New Yorker."

Teddy Roosevelt: "My Lord! Is that what he said? I suppose the words took a few hits as they were making their way through to this side. Tell me, where exactly are you from, boy?"

Teddy Roosevelt: "Did you get that, Hamilton?"

The familiar noise of a man fidgeting with a dueling pistol briefly punctuates the silence.

Alexander Hamilton: "Ahem, can't say that I did, Colonel."

Hamilton Fish: "You know, I think he said 'Long Island.' Is that right, Nancy?"

Nancy Reagan: "That's right, Mr. Fish. Mr. Lazio is a proud Long Islander -- it's one of the central planks in his platform."

Alexander Hamilton: "I was born on the island of Nevis. What a lovely island, Nevis. The sand, the people. Ah."

Nelson Rockefeller: "In my day, Long Island, as I recall, had a lot of auto-repair shops and a couple of insane asylums. The southeast section had a long stretch of beach with some quaint homes."

Hamilton Fish: "I'd like to go back to Manhattan. Maybe take in a game."

Teddy Roosevelt: "Can you do that? I mean, can you just hunker back down and grab a hot dog if you want?"

Nancy Reagan: "Gentlemen, I implore you not to ignore our cause here. The Republican Party is counting on you to guide Mr. Lazio through this turbulent campaign."

A (very, very, very) icy wind fills the room and the curtains now flutter like a Galliano gown in a hurricane.

Teddy Roosevelt: "'Turbulent campaign'? Bah! Try storming San Juan Hill as rifle shots pierce the air around you. As for the Republican Party, I say, Lazio, be your own man. The country demands bold and persistent experimentation. What's your take, Lazio, what do you plan to do?"

Rick Lazio: "I have a visha which reflex the voys of Nooyawk."

Alexander Hamilton: "I didn't get that one."

Teddy Roosevelt: "I give up."

Jeremy Weintraub has written articles on everything from the gun industry to NAFTA to dating for publications including the San Francisco Chronicle, the Progressive and Playboy magazine.