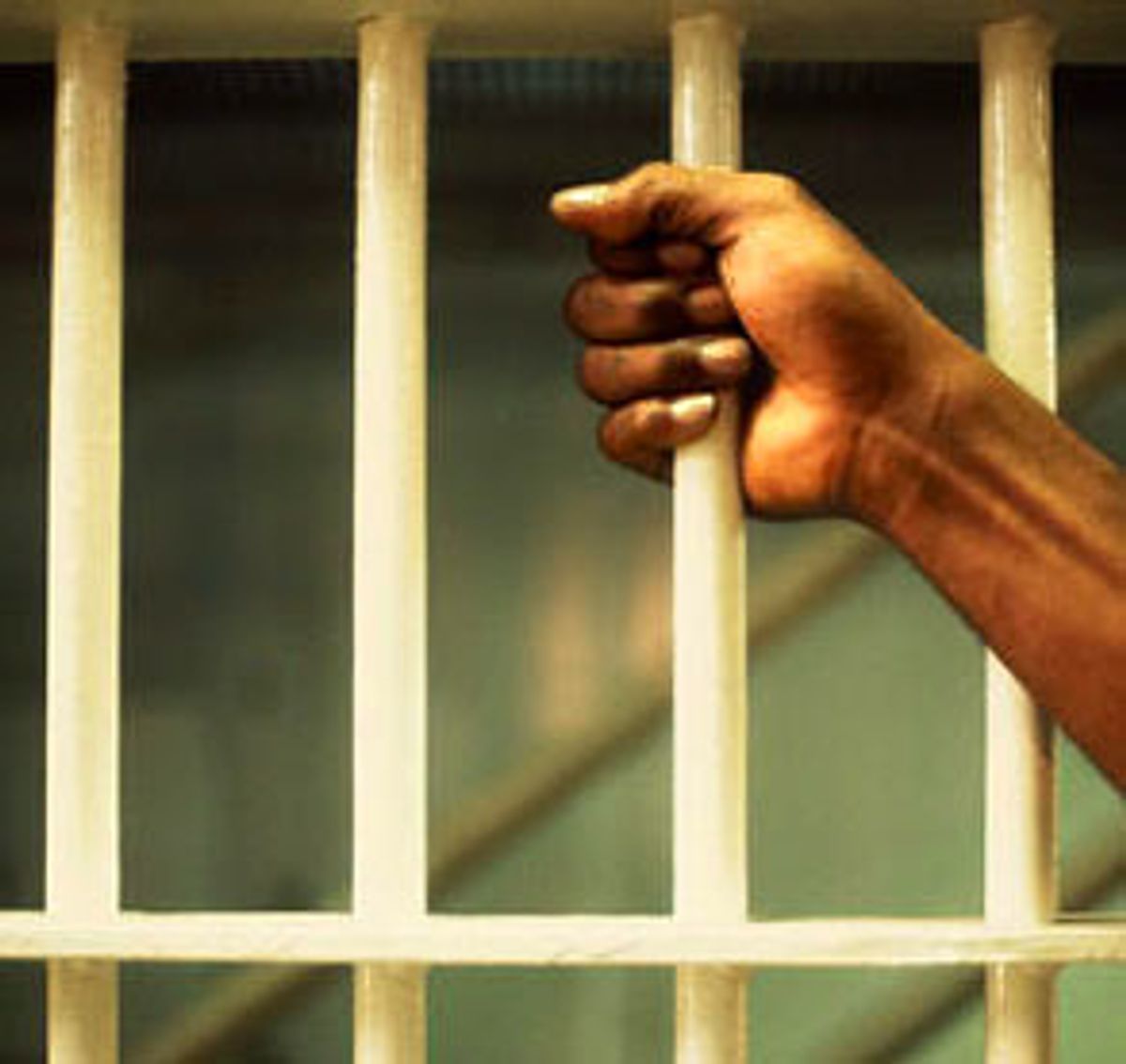 In Philadelphia in 1790, not too far from the site of next week's Republican National Convention, the state of Pennsylvania inaugurated an American experiment: the Walnut Street Penitentiary. It was the first modern prison, and it replaced the stocks, the gallows and beatings with solitary confinement and enforced silence.

I doubt any convention speakers will invoke the Walnut Street Penitentiary from the convention platform. They'll probably stick to the Liberty Bell and Ben Franklin. But the original American prison might be the better symbol, as a national study released Thursday by a Washington criminal-justice think tank makes clear.

"Poor Prescription: the Costs of Imprisoning Drug Offenders in the United States," published by the Justice Policy Institute, reveals in stark terms the consequences of the bipartisan, two-decade love affair with mandatory sentences and harsh drug policies. The nation's prison population now stands at 2 million, but according to the report, this has less to do with making streets safer than with locking up nonviolent drug users.

Appearing on the eve of the Republican convention, the Justice Policy Institute's study also underscores a historic irony: In many cases it is Republicans, not Democrats, who are beginning to ask the hard questions about the drug war -- including some prominent Republican officials who will be descending on Philadelphia.

One of them is California Rep. Tom Campbell of Silicon Valley, who took part in the Justice Policy Institute's press conference on the study. Campbell, now running for Senate against ardent drug-warrior Democrat Dianne Feinstein is by his own admission, "pretty far out there" in traditional Republican terms, arguing for medicinal marijuana, treatment in place of prison and Zurich-style experiments with supplying addicts with their fix. Campbell will address the alternative "Shadow Convention" on Tuesday about the drug war issue.

But while he is a maverick, Campbell is not as isolated as he would have been, say, at the last Republican National Convention. Just as it was Republican Gov. George Ryan of Illinois who imposed the first death penalty moratorium, recently a handful of Republican leaders have taken more than tentative steps into drug reform terrain, which until now was considered off-limits to any serious politician.

How has the party of law-and-order Reaganism suddenly turned into a forum for debate over drug policy? "In part, there is an intellectual tradition which has paved the way," says Ethan Nadelman of the Lindesmith Center, the leading drug-policy reform think tank. "There is a libertarian streak in the Republican Party which has always favored a different approach." Nobel laureate Milton Friedman, columnist William F. Buckley and former Secretary of State George Shultz have all denounced the drug war as an infringement on individual freedom and choice.

But the small cadre of new GOP drug reformers like Campbell and Johnson represent a new phenomenon. "I am not coming at this as a libertarian," says Campbell. "I am a traditional Republican in that I value smaller government, limited government, and the drug war seems the opposite of that. But what really persuades me, candidly, is the pragmatics of it."

Campbell remembers voting in 1988 -- his first term in Congress -- for a bill that tried to combine cocaine interdiction with subsidizing imports of Latin American flowers -- hoping to convert growers from coke to blossoms. "I was full of optimism, even though flower growers in my district were furious. But you know what happened? Flower imports increased -- but so did coke. Interdiction is a losing game. Extermination of the drug crop is a losing game."

Campbell began to rethink his drug-policy position almost by accident. A former law professor interested in tort reform, he began studying research by the Rand Corp. Some of Rand's litigation-reform experts were also looking at drug policy. "I became convinced that the drug war as we know it now is a dead end. It comes down to this: Do we want to get people off drugs, or do we want them in jail? Do we want to reduce violent crime? Then we've got to take away the incentive for violence, for getting the money to buy drugs or for fighting over turf to sell it."

The Democrats, of course, have their drug reformers. John Conyers of Michigan, ranking Democrat on the House Judiciary Committee, last week proposed federal funding for states that seek to divert nonviolent drug offenders into treatment instead of prison. "The federal government must support alternatives to wholesale incarceration," he says. And Sen. Patrick Leahy of Vermont has promised that if Democrats win the Senate and he becomes chairman of the Senate Judiciary Committee, he'll make drug reform a priority.

But at the national level, few Democrats are as outspoken as the most prominent Republican drug reformers. The risk of being seen as soft on crime, or as a 1960s counterculture holdover, seems too great for many Democratic politicians. And they would be fighting their own president's administration: Drug czar Barry McCaffrey has fought harm reduction at every turn, even pressuring Health and Human Services Secretary Donna Shalala into abandoning a planned endorsement of needle exchange programs.

In other words, says Vincent Schiraldi, director of the Justice Policy Institute and one of the authors of the new report: "Nixon can go to China on this one."

It turns out, for instance, that when it comes to harsh drug policy, the frontier justice of George W. Bush's Texas can't hold a candle to California, which locks up a higher percentage of its citizens for drug offenses than any other state: The number of Californians incarcerated for drug crimes has gone up 25 times in 20 years, to 44,000 -- twice the state's entire prison population in 1980.

On the other hand, Texas comes off as a particularly horrifying place for racially biased drug laws. Although survey after survey shows that whites and African-Americans use drugs at about the same rate, in Texas and other states Schiraldi's team surveyed -- Hawaii, South Carolina, North Carolina, Maine and Virginia -- drug imprisonment for whites fell over the last decade while incarceration of black drug users rose two to eight times.

"That was stunning, even to me," Schiraldi admits. "We expected to see blacks going to prison in larger numbers, but to find so many places where white drug incarceration fell at the same time -- that's a new floor."

Nearly 1 in 4 people in prison in the United States, the survey finds, is there for a drug offense -- and the number of drug offenders locked up today "is roughly the same as the entire prison and jail population in 1980."

As Republicans gather in the city that gave birth to the penitentiary, here is something to ponder. In the early 1970s when Al Gore was in Vietnam, and when George W. Bush was flying planes around Texas to avoid Vietnam, the nation's prison population stood at 200,000. Back then that number was a big deal: Prison riots in New York and California made the front page, books about prison life made the bestseller list.

Today, the prison population stands at 2 million. As Schiraldi says, "We've got a population the size of Washington, D.C., locked up for drug offenses alone." The war on drugs is increasingly looking like this generation's Vietnam. But the war in Vietnam, which shaped the lives of this year's candidates, was at least debated at the conventions of 1972. About this decade's war, however, the silence inside the convention halls of Republicans and Democrats alike is deafening.