Groomed for the presidency

In a campaign where image rules, Bush's eyebrows speak volumes. 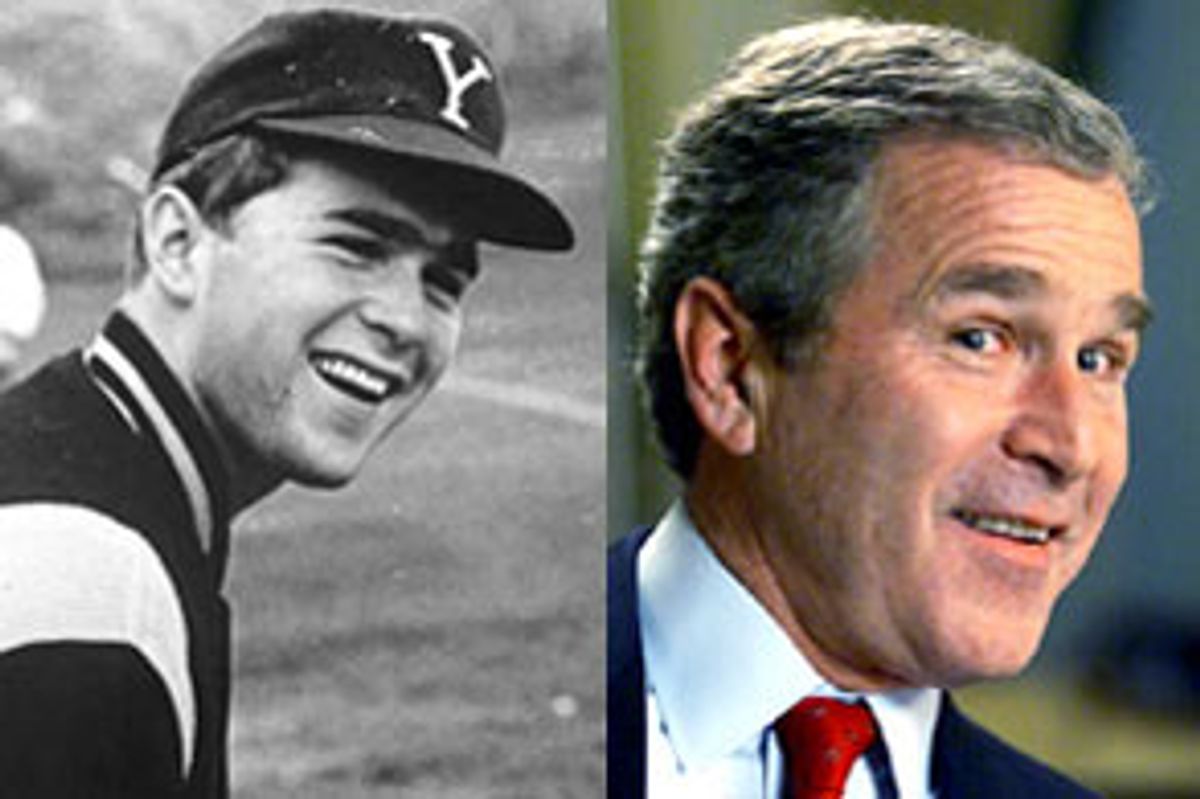 Really, in ever so many ways, it all comes down to eyebrows. Or eyebrow, if you want to get technical.

Look at photos of Gov. George W. Bush from the '70s and '80s. He's got one eyebrow. A unibrow. One large bushy caterpillar resting atop his cocky brow. Look at him now. Two eyebrows. Like most of us. Post-Paleolithic era.

That Bush has someone wax or pluck or shave his brow says one thing very clearly: He is an eyebrow divider, not an eyebrow uniter.

But more important, this is a man who understands the importance of images. The last Republican presidential candidate, you might recall, waited until after he lost before he got a face-lift. Bush is too savvy for that.

This is a campaign that understands, alarmingly well, how lazy and slothful the media is. How much their campaign can get away with if they send a few random, somewhat moderate messages. So what if Bush supported a Texas law against sodomy, or gay-baited during the South Carolina primary? He stands with a few gay supporters for a photo op, the media helps broadcast the images, and the ugly eyebrow hairs are plucked.

When it comes to positioning himself, image-wise, as the right man for the right time, there is no question that Bush is far superior to Vice President Al Gore. You already know what the media tells you about him. It tells you that he's affable. It's decided that Bush has a great personality, and Gore has a bad one, so it must be true.

And it tells you that Bush is a macho, manly man. Maybe compared to Mike Dukakis. They don't mention that the guy was a prep school cheerleader, for God's sake. He also rah-rahed at Yale, possibly the most effete Ivy. Even now, he travels with his own down pillow (he calls it his "pilly"). He's about as credible a tough guy as Adrian Zmed in "Grease 2."

But the pictures and descriptions from his ranch a few weeks ago -- taken by media outlets and reporters on his good side -- show otherwise. He's in cowboy boots, strutting around, kicking ass and taking names.

The media coverage of Bush has been appallingly uncritical: A study by the Pew Research Center and Project for Excellence in Journalism of 2,400 newspaper, television and Internet stories (including Salon's) in five different weeks from February to June found that more than half of Bush's media coverage has been about him as a different type of Republican.

Exactly what he wants us to be writing about.

Conversely, 76 percent of the coverage of Gore was about him being a liar or tainted by scandal. Which is fair enough. Gore has run a crummy campaign and deserves everything he gets. But Bush deserves at least some of that skepticism.

Don't hold your breath. Though the conservative Family Research Council gave the GOP platform high marks Monday, this week's infomercial won't be about Bush's steadfast opposition to abortion or gay and lesbian rights or gun control. It won't be about Texas' disastrous environmental record or the fact that 60 percent of Bush's proposed tax cut will go to the richest 10 percent of the country. I doubt those subjects will even be raised. Instead, you will hear from Stormin' Norman Schwartzkopf, Colin Powell, Condoleezza Rice, George P. Bush and a blind mountain climber.

One after another speaker will declare Bush to be "a different kind of Republican" -- presumably that means one who wins presidential elections.

The meanest thing people like to say about Bush is that he's stupid. He's not. He's just not very curious about things beyond his self-interest. But he is one of the shrewdest men in American politics. He understands how important images are. Al Gore, meanwhile, does his eyebrow-plucking in public.