Dick Cheney is relying on our cultural amnesia to wipe away his record on South Africa. 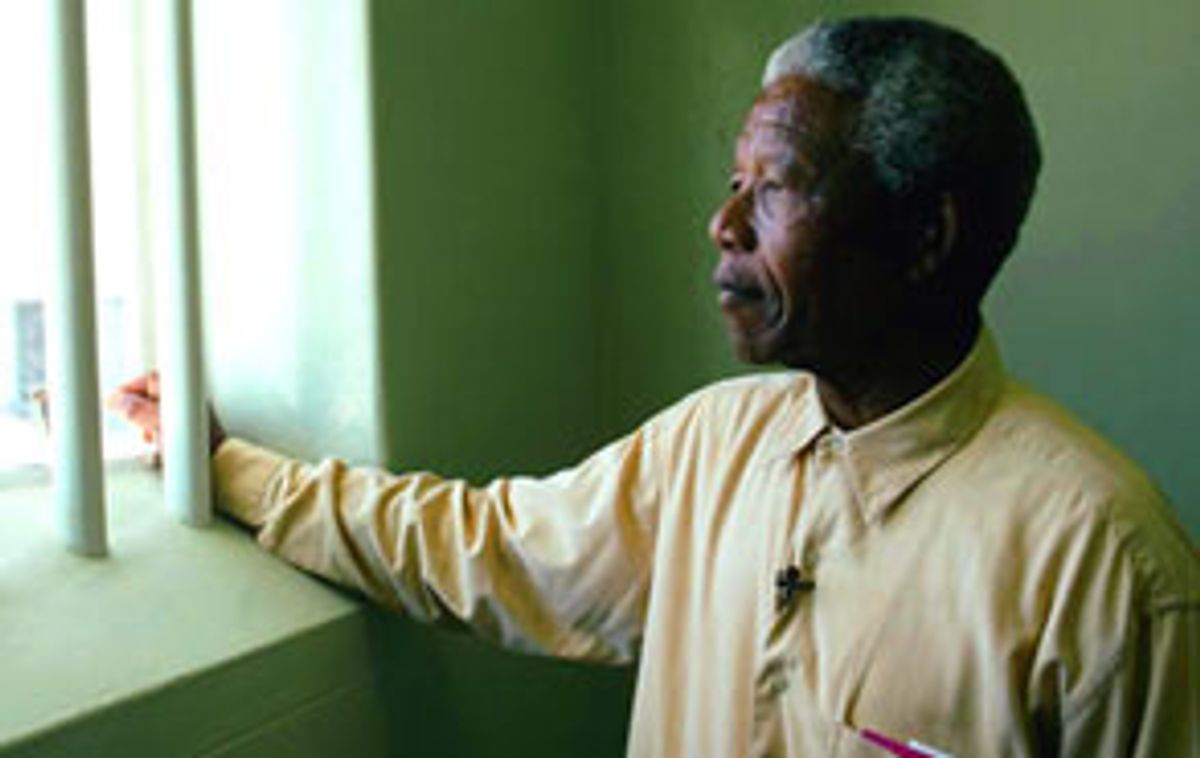 "Whitewashing" is the only word to describe the weak explanations offered by Dick Cheney about his votes on South Africa during the apartheid era. Ever since the peaceful advent of democracy in Pretoria, politicians like Cheney who habitually coddled the old racist regime have escaped accountability for their actions. And he is still relying on our customary national amnesia to wave away the questions raised by his vice presidential nomination.

For American conservatives who misused their influence to defend apartheid, the controversy over Cheney's congressional voting record actually presents an opportunity to own up to their terrible mistakes. Unfortunately, however, Cheney and his supporters have prevaricated and obfuscated rather than admitting forthrightly that they were on the wrong side. This disingenuous response is a poor start for a man who boasts that he and George W. Bush will restore straight talk and integrity to the White House.

Cheney bristled in response to questions about his voting record, revealing a mindset that never understood what was at stake in South Africa -- or perhaps understood all too well. Challenged last Sunday to defend his 1985 vote against a House resolution urging the release of Nelson Mandela from 23 years of imprisonment, he first denounced such inquiries as "trivia." Does he really think that the oppression inflicted on millions of black citizens during more than five decades was a trivial matter?

He quickly tried to correct that gaffe, praising Mandela as "a great man." (He also remarked, with baffling condescension, that the African leader has "mellowed," whatever that means.) He had opposed the resolution to free Mandela, according to Cheney, because it was attached to recognition of the African National Congress.

"The ANC was then viewed as a terrorist organization," he said. "Nobody was for keeping Nelson Mandela in prison. Nobody was for supporting apartheid." Let's parse that feeble answer, one of several attempts to justify his votes that Cheney has offered in recent days.

The ANC, led of course by Mandela himself, was indeed regarded as "terrorist" by the Pretoria regime and its allies in Washington. But the ANC, which fought militarily and diplomatically for the human rights of South African citizens, was considered a legitimate representative of the black majority by civilized governments almost everywhere else. The resolution Cheney voted against called upon the Pretoria rulers to enter into negotiations with the ANC. That position was endorsed by governments around the world, and has been entirely vindicated by the events that followed.

If the ANC indulged in actions that might be considered "terrorist," it is at least as true that the entire apparatus of apartheid relied upon terrorism against millions of men, women and children. The Sharpsville massacre and literally hundreds of other atrocities committed against South African blacks and their neighbors in other states deserve no other description. That kind of state terrorism didn't much trouble the Reaganite ideologues such as Cheney.

Contrary to his sentimentalized recollection of that period, some people were indeed in favor of keeping Mandela behind bars and keeping South African blacks in bondage. The roster of infamy begins with Ronald Reagan, who upon becoming president in 1981 immediately reversed the Carter administration's policy of pressuring the Afrikaner minority toward democracy and human rights. In an early interview with CBS newsman Walter Cronkite, Reagan called South Africa a "friendly nation" whose reliable anticommunism and wealth of strategic minerals justified stronger ties between Washington and Pretoria.

Overtly and covertly, the Reagan administration moved to strengthen the apartheid regime. Jeanne Kirkpatrick, then the U.S. ambassador to the United Nations, fought every attempt to impose sanctions. The late William Casey, as director of the Central Intelligence Agency, intensified cooperation with the South African Bureau of State Security and military intelligence agencies. He went so far as to secretly visit Pretoria to confer with the racist murderers who ran those agencies.

Meanwhile, of course, the Republican leadership in Congress, including Cheney, also opposed every effort to impose economic sanctions. He voted against sanctions in various forms at least 10 times between 1983 and 1988. There is no evidence that Cheney ever spoke up for freedom and human rights in South Africa -- although in that respect he was merely a typical Republican politician of his time.

For Cheney, anticommunism excused a multitude of sins, including his own. Whenever they protected Pretoria from democratic change, conservatives like him would invoke Soviet backing for the ANC and the presence of communists in the ANC leadership. Yet it has long been obvious that the Republican tilt in favor of white supremacy was influenced as much by unsavory stateside domestic politics as by geopolitical concerns.

That sad fact was discovered by Henry Kissinger as early as 1976, when he delivered a stirring speech in Zambia calling for racial justice on the African continent as "an imperative of our own moral heritage." It was an unusually decent initiative on the part of the old reprobate, who could with some understatement be described as no friend of human rights.

Kissinger was immediately denounced by House Republican leader Robert Michel, later Cheney's mentor, because of his speech's "devastating effect" on Ford's reelection campaign in Southern primaries. According to Walter Isaacson's biography of Kissinger, Michel demanded that Ford "muzzle" his secretary of state. Apparently the "Southern strategy" adopted by the party of Lincoln meant appeasing racism, both at home and abroad.

So at a moment when the Republican Party is frantically rebranding itself as tolerant and inclusive, party leaders like Cheney ought to take responsibility for prolonging apartheid. In the spirit of Mandela's South Africa, they should admit the grievous errors of the past, stop trying to cover up and perhaps even apologize. There can be no reconciliation in the absence of truth.