A recipe for disaster

While nobody knows the origin of autism, many researchers worry that linking it to childhood vaccines could be a very dangerous theory. 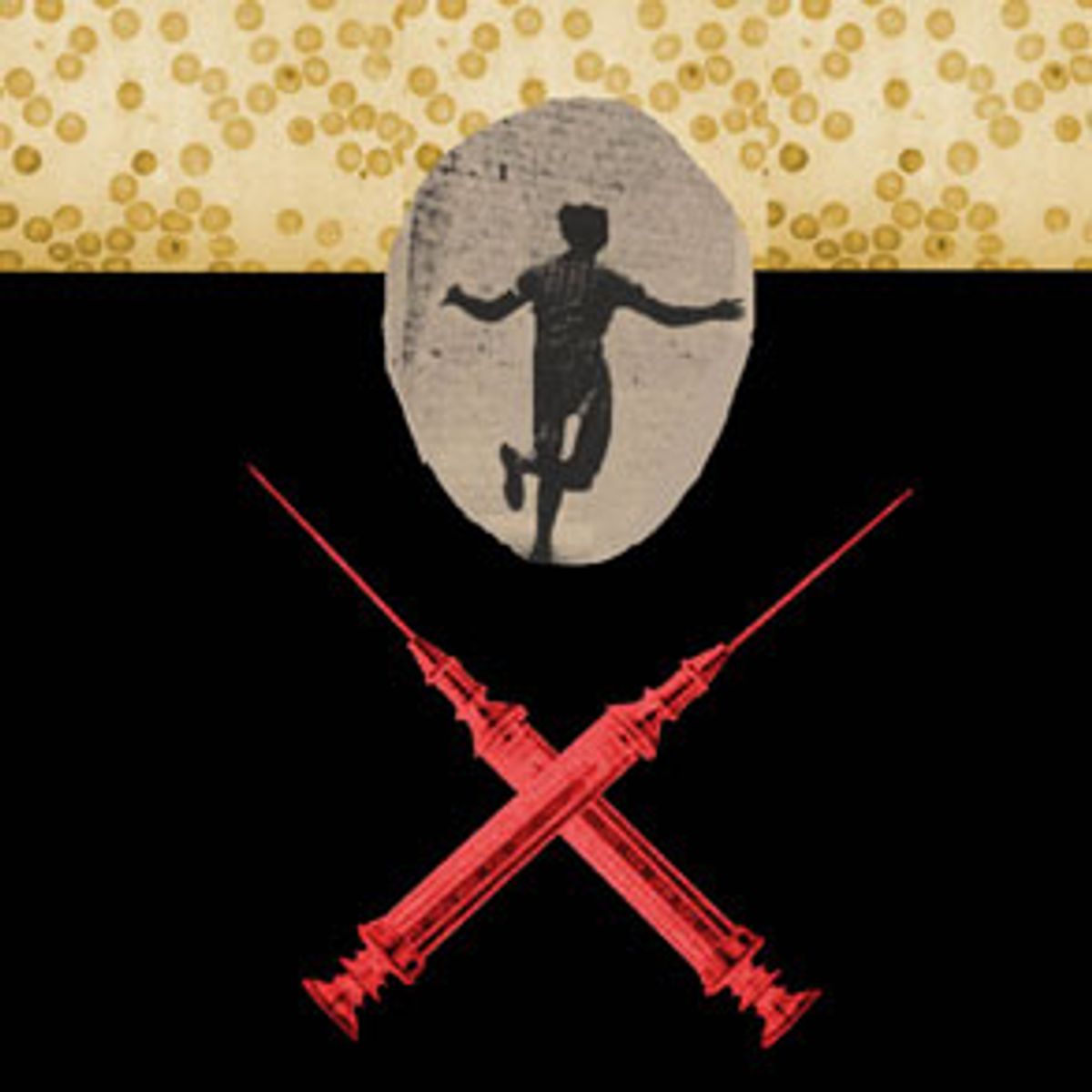 Take one preventive medicine that everyone gets, and one devastating disease that no one understands. Mix them together, add a provocative theory and you have a recipe for a public health disaster.

The disease is autism, a heartbreaking illness that leaves children profoundly isolated from their parents and peers. The prevention is the combined measles-mumps-rubella vaccine, or MMR, which kids begin getting on their first birthday.

The theory is that MMR causes autism.

Around the world this year about 30 million people will die of measles, mostly children in countries that lack resources to vaccinate everyone. But it wasn't poverty that caused the measles to rip through Dublin this past winter. The outbreak, which sickened 1,000 kids and killed two of them, festered in a neighborhood where parents withheld their kids from "the jab" out of fears that the vaccine caused autism.

Measles is a highly contagious disease -- 120 kids died in the last U.S. outbreak a decade ago. And so, under pressure from Rep. Dan Burton, R-Ind., and many parents who believe that vaccines cause autism, the government recently agreed to spend a few million dollars investigating the vaccine theory.

Not all scientists are happy about that. "Having your national research agenda run by crazy people is not the best thing," says Dr. Patricia Rodier, an autism researcher at the University of Rochester. "The tragedy is that we're spending money that could help us find the real causes of autism." Still, with a disease like autism, which probably has many causes, all of them somewhat mysterious, anything is possible. If only to abate mistrust that might provoke families not to vaccinate their kids, the government had an obligation to fund the research.

"It would not be good to have a scare in which the public stops vaccinating," says Matthew Belmonte, a neuroscientist who teaches writing at MIT and studies autism at Harvard Medical School. "But even if there were absolutely no evidence for the vaccine theory, this is a democracy and the public has some right to dictate research."

That said, evidence for the vaccine theory is weak.

The most plausible explanation for the explosive increase in reports of autism is the 1987 publication of a new psychiatric diagnosis manual, which broadened the definition of the disease. As those guidelines, and general awareness of autism spread among doctors, speech therapists, pediatricians and parents, autism registries swelled.

Before this trend began, autism rates were much lower in the United States than in Europe. Missouri, for example, saw autism rates jump from 0.15 to 4.8 per 10,000 from 1988 to 1995 -- a 30-fold increase that's obviously an artifact of changed reporting criteria. In Japan, where the combined MMR vaccine is not given, a 1996 study showed a rate of 21 autistic children per 10,000.

The most compelling arguments for vaccines as the cause of the increase are the parents whose kids seemed normal until they were 12 or 15 or 18 months old, when an MMR shot -- or a combination of MMR and other shots -- led to their physical and mental collapse. Burton believes that a combination of 11 shots overwhelmed the immune system of his grandson Christopher, causing him to become autistic.

But the coincidence of MMR and autistic symptoms could be just that -- a coincidence. Ever since autism was described and named for the first time in 1944, clinicians have reported a large percentage of cases that developed during the second year of a child's life -- which also now happens to be the year of the MMR shots.

Public health authorities settled on the second year for MMR because they want young children, at the greatest risk for serious harm from measles, to be protected as soon as possible. The shot can't be given until a child is 1 year old because antibodies passed to the infant by its mother interfere in the workings of the shot.

When one talks to pediatricians and psychiatrists with years of experience treating autistic kids, the skepticism about the vaccine as cause is palpable, though few are willing to strike the notion altogether.

Some children have a neurological illness and are abnormal from the beginning," says Dr. Robert DeLong, a pediatric neurologist at Duke University. "But in standard garden-variety autism, they are pretty much normal for the first 12 or 15 months. Then they stop looking at you, stop talking and become more withdrawn. It's quite common and very real."

DeLong's research suggests that many cases of autism are genetically related to depression. Other scientists have linked autism to psychiatric disorders like obsessive-compulsive disorder and schizophrenia, or to birth defects caused by fetal exposure to chemicals. But when it comes to hard evidence of a MMR-autism link, the only published research is that of Andrew Wakefield, a British gastroenterologist.

Wakefield believes he has found the vaccine's smoking gun: fragments of measles virus in immune cells circulating in the blood of autistic children who suffer from severe gastrointestinal troubles. The live virus contained in the MMR vaccine damaged these children's guts, Wakefield maintains, then went on to damage their brains.

The families of the children Wakefield treats and examines suffer most terribly. Not only are they socially isolated and verbally stunted, many have chronic diarrhea or constipation or malnutrition. They frequently have multiple allergies, strengthening the hypothesis that they have had an overall immune system collapse.

A few other scientists are doing work related to Wakefield's line of inquiry, but most of the autistic and public health community aren't convinced. For a non-scientist it can be difficult to sort out the claims and counter-claims, but it takes a great leap of faith -- or a conspiracy theory -- to accept Wakefield's theories at face value.

For one thing, his theory maintains that it is the measles virus that causes the infection leading to autism. But if that were the case, says the Centers for Disease Control's Benjamin Schwartz, wild measles disease would be associated with autism, and it isn't.

DeLong says that perhaps 3 percent of the several hundred autistic patients he's seen have had the chronic bowel problems.

Under pressure from Burton, the CDC and the National Institutes of Health have agreed to fund research that will help establish what percentage of autistics have GI or immune-system problems, and to look for biological markers that might set the group apart.

"Without a doubt a minority of autistics have this GI thing," says Belmonte. "But it wouldn't be any skin off anyone's nose to define a risk group and say this group should delay the vaccination for a year."

In the meantime, Burton has vowed to continue his investigations into the public health bureaucracy, which he claims imposes dangerous vaccines on our children by allowing physicians with conflicts of interest to oversee the approval process.

At a June hearing, Burton singled out the doctors who served on Food and Drug Administration and CDC panels examining American Home Product's Rotashield vaccine, which was introduced in 1998 but withdrawn a year later when a number of children suffered a kind of bowel obstruction called intussusception within days of taking the oral vaccine.

For Burton, Rotashield was the perfect example of a public health bureaucracy that ignored the interests of the public while furthering the profit motive of the pharmaceutical industry. "I was appalled to learn that at least six of the 10 individuals who participated in the working group for the rotavirus vaccine had financial ties to pharmaceutical companies developing rotavirus vaccines," he said at a June 15 hearing.

But the Rotashield recall could also be read, in a limited way, as a success story for the public health system's vaccine safety surveillance system.

Federal officials had detected a slightly higher than expected rate of intussusception during trials of the vaccine, and they kept an eye on it after the vaccine was introduced. When a year of post-market surveillance showed that 1 in 100,000 children receiving the vaccine had suffered the ailment, the FDA urged pediatricians to stop using the vaccine.

Further scrutiny of the data turned up a total of 100 cases of the painful, but usually treatable problem -- a total no more than twice the overall rate in the general population -- and the FDA recalled the vaccine altogether.

Since it's impossible for any vaccine to be tested on millions of people before it's introduced, it could be argued that the Rotashield experience is reassuring in terms of safety. Especially taking into account the fact that rotavirus, which the vaccine is designed to counter, hospitalizes 50,000 U.S. kids, and kills 40, each year.

Tell that to the parent of an autistic convinced that vaccines destroyed her child.

Frustration with the medical profession has led many to the cottages of alternative therapy, where autism is treated with vitamins, gluten-free diets and, most recently, a hormone called secretin. Some of the techniques seem to work for some children, at least a little.

But when it comes to potential conflict of interest, the alternative world is rife with it. Some of the leading advocates of the vaccine theory are involved in the promotion and sale of these therapies.