In the shadows of the Republican Convention

The notoriously poor town of Camden, N.J. -- ironically the site of the GOP fete -- is living proof of everything our politicians are ignoring. 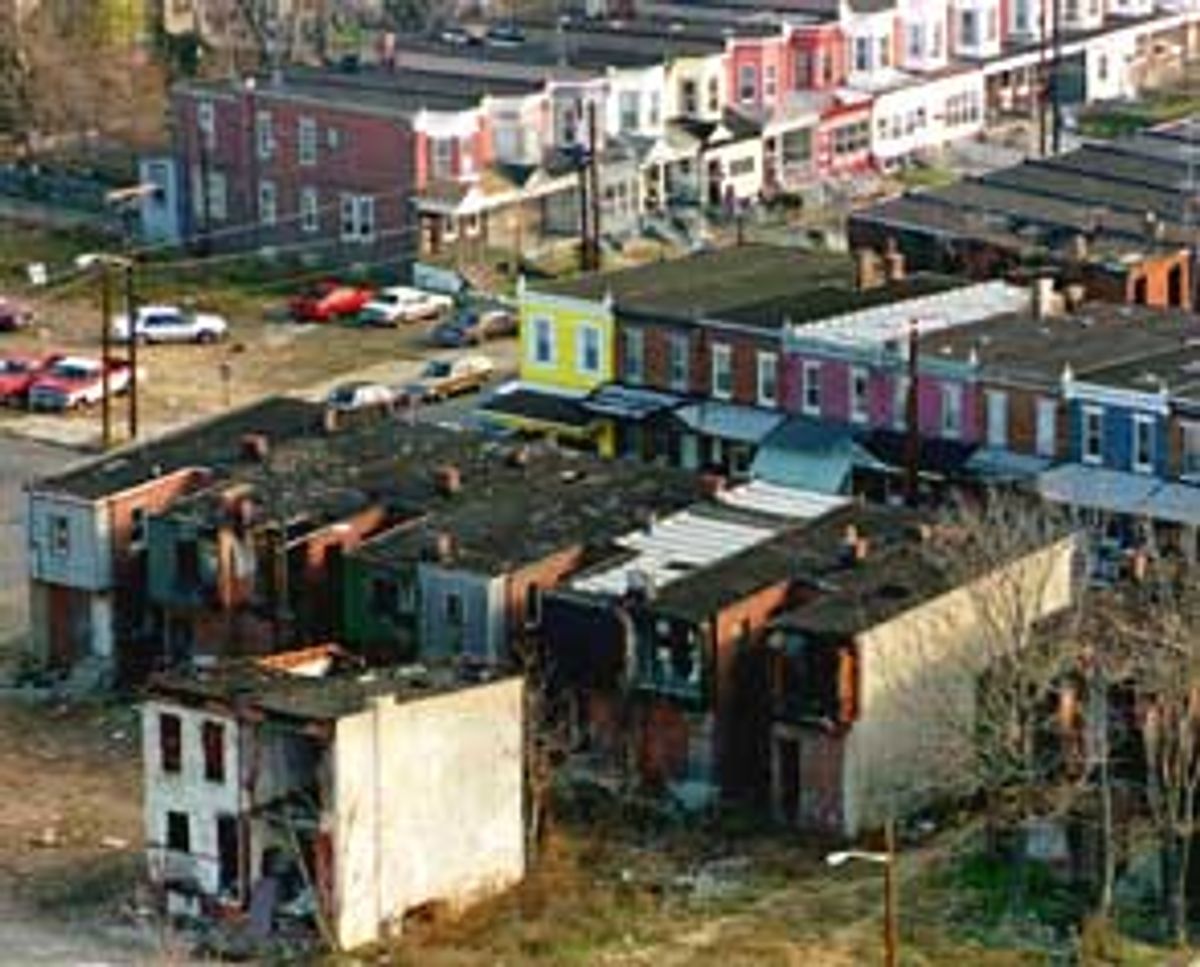 On Sunday, the 2000 Republican National Convention kicked off with an evening called "Indifference With a Purpose." Actually, that wasn't the official name, but it was certainly the spirit of the opening gala held on the newly renovated waterfront in Camden, N.J. -- just across the Delaware River from Philadelphia. Celebrating conventioneers were treated to fireworks, a laser show, a parade of lighted boats -- and the complete absence of anything that might remind them of the flip side of our ongoing prosperity.

Earlier in the day, participants in the 2000 Shadow Convention (of which I'm a co-convener) took a tour of a very different Camden in a moving video put together by a group of kids who live there. It showed the decidedly not-newly-renovated parts of the city -- the fifth poorest in America. "The waterfront is not Camden," said NashaunDa Tilgham, 16. "They go there. They don't come to my house. They don't come to the community centers that we don't have."

I was taken around this "other Camden" a few weeks ago by former mayor Randy Primas. Much of it seemed like a third-world country -- filled with crumbling neighborhoods and dilapidated buildings. Pick any criterion for a troubled community -- plummeting graduation rates, skyrocketing teen pregnancies, rampant drug use -- and Camden fits the bill. The reason it seems like another country is that it basically is, given that it's not really served by our national leaders.

Yet Camden is where the Republican National Convention decided to hold its welcoming ceremony. And it did so without even a "compassionately conservative" nod to the ugly reality behind the Potemkin front. That willfully unthinking gesture is both a symbol of why I've taken to calling myself a "recovering Republican" and the raison d'etre for the shadow conventions.

These alternative gatherings (currently paralleling the GOP fete in Philly and soon for the Democrats in Los Angeles) are being brought to you not by the good people at Philip Morris, AT&T, GM and Texaco, but by a collective longing to fix our political system. The goal is to generate a national conversation on three urgent issues frozen out of the officially sanctioned debate: the corrupting influence of money in politics, the persistence of poverty in the midst of unprecedented prosperity and the failed drug war that remains unaddressed because there is no constituency with a financial stake in addressing it.

The shadow conventions are not endorsing any party, nor are they trying to build an alternative party. They are, instead, designed to build a movement that will dramatically alter the conduct of the two major parties and bring about a new politics.

And there are many signs that such a movement is building: the thousands of activists who descended on Seattle and shook the Washington establishment to its complacent core; the tens of thousands of college students who are organizing on campuses against sweatshops and other injustices; the overwhelming public response to the janitors' demand in Los Angeles that, in the middle of our golden prosperity, they be paid a living wage; the tremendous energy generated earlier this year by the insurgent candidacy of Sen. John McCain, whose crusade to clean up a system that no longer serves the people captured the imagination of millions of disaffected voters. McCain's opening-day keynote address got the Philadelphia Shadow Convention off to a rousing, if contentious, start.

There is a price to pay for having a convention that's not scripted and tightly controlled. Along with the openness and spontaneity come unpredictability, risk -- and sometimes incivility. I don't know about you, but I think that not just the shadow conventions but all of American politics is ready to pay that price.

We will never find the collective will to move beyond political platitudes about "leaving no one behind" until we've loosened the grip of what McCain calls the "iron triangle of lobbyists, big money and legislation." Nor will we move beyond bellicose bromides about "getting tougher" on drugs while more than 400,000 Americans are locked up in jail for nonviolent drug offenses, and alarming numbers of African-Americans have been disenfranchised for life under the Jim Crow laws otherwise known as the war on drugs.

"Our children are not criminals," a neighborhood woman says on the "other Camden" video. "Our children are great human beings; they have a lot of potential. They just need a little better training and better education, and they need to be cared for and nurtured."

From the looks of things, it's not going to come from the GOP's Convention with a Purpose.