It's rare, but men can fracture their most private part. 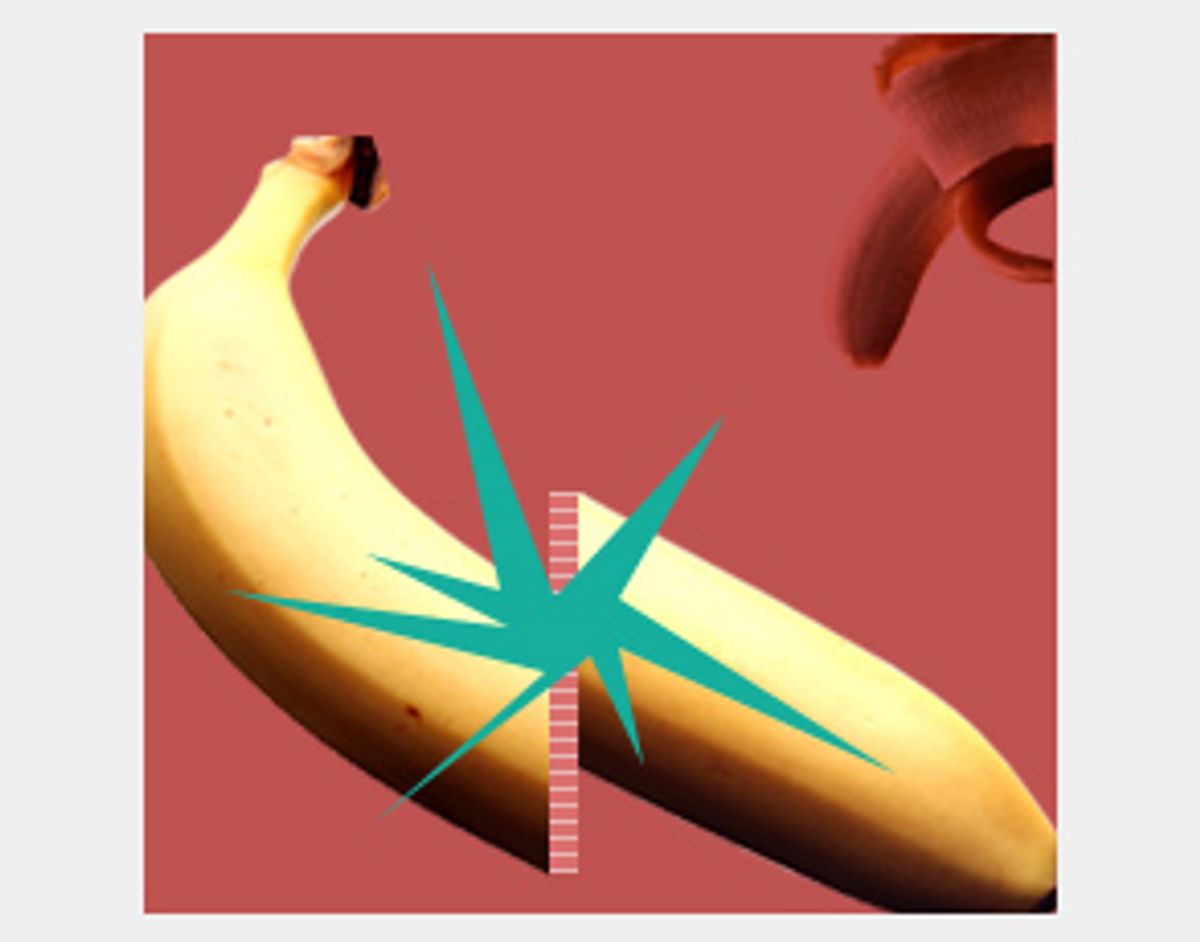 Warning: The content of this article deals with a painful male condition that just might prove too graphic for many readers. You are cautioned to proceed at your own risk.

Jennifer Gardner, a resident in pediatrics at Georgetown University, comes across as pretty tough. A tall, blond drink of water, Gardner's hometown of Haddonfield, N.J., is a place where she thought she had seen it all. But on this hot summer day, when she came across the case of Rod Johnson, she realized she hadn't. (No, it's not his real name.)

Rod had an interesting, almost unique complaint. Gardner charged in without once looking at the front sheet to see what his predicament was. "What's your problem?" she asked.

"Why don't you tell me your problem."

Rod had to spell it out for her. "Yeah, well sometimes you wake up with a bo -- a hard-on."

"Well, here's where it gets complicated. My alarm clock went off, and I already had this hard-on on. Then I, like, lunged over to turn off the alarm. It got caught."

"Hard. It got yanked hard."

Gardner remained poker-faced. They hadn't taught this in medical school. "Go on."

"Then my balls got all swollen and turned blue. You know."

"No, I don't know," she shot back, probably a little too quickly. "Girl, remember?"

"Well, that's my problem, Doc. They didn't know what to do for me at the Urgi center."

It was like a game of high-stakes poker, as they stared each other down. She finally darted her eyes to his Joe Boxers. "Lemme see 'em."

A few minutes later, she was relaying the story for me. As the attending doc, I hear about all the cases. Lucky for Rod I was familiar with his delicate little problem.

"Are you saying that the penis can break?" I made deep eye contact. "You got it, kiddo." She ran out of the room, only to return moments later, when I explained in such terms that there would be no room for confusion. "Rod's got a fractured penis. A gimp biscuit. Nailed nail. His wand ain't casting spells," I said.

To learn more about Rod's peculiar condition, we did an online search on MEDLINEplus, the National Library of Medicine's Web site, where even the most obscure medical literature is archived. The term 'fractured penis' yielded no fewer than 133 references, most in the past 10 years, but going as far back as 1965 to a case report from the Philippines. Undoubtedly, this has been a scourge of mankind for time immemorial, but the Web library only goes back so far.

There were reports from every corner of the globe: Spain, Qatar, Russia, Bulgaria, China. One hundred and seventy-two cases from Kermanshah, Iran, where the practice of "taghaandan" (to click or snap when forcibly pushing the erect penis down to achieve detumescence) was common. A penile refracture from Parel, India. Penile fracture and testicular rupture in Cleveland. (Lord have mercy on his soul.) A case of the dreaded Mondor's disease mimicking penile fracture in Karachi, Pakistan. And finally, the French described in 1994 a 'False Step in Coitus.' This lucky Pierre, according to the report, "recovered normal erectile function which was only lost at the moment of the accident."

Next, Gardner and I called a urologist, Simon Chung. Turns out the fractured penis is one of his interests. Although he has done extensive research on the subject, he'd treated only one case seven years ago, which also happened to be my first case. That one was a little more typical.

Officer Flagstaff (not his real name, either) was a county cop, 6-foot-5, 220 pounds of muscle. He and his girlfriend had been having a very hot and heavy date one night, until things went terribly wrong. When he had pulled back and come out all the way, he tried to sail clear back into harbor. But he missed. He had rammed into a part of her other than the bulls-eye. He felt and heard a 'pop' (so did she) and looked down to see an exploded penis -- all swollen, bent and blue. A bruise of pooled blood gathered in the scrotum.

As Chung told us that night, a fracture usually happens during vigorous activity and often with the woman on top. It needs to be repaired surgically, since a dime-size, star-shaped hole in the fibrous shell, known as the corpora cavernosa, is the actual injury. It won't heal well on its own, and if there's a prolonged delay before getting to surgery, impotence and abnormal curvature can result.

One of the Medline articles, a report from Alabama, had mulled over the implications of a delayed repair. I talked to Chung about this. One of the reasons that someone might have a delayed fix, he says, is because a lot of docs don't even know the condition exists. "It's easy enough to recognize," he went on, a statement Gardner and I both had to agree with, "but if you've never heard of it before, you might not know that it has to go to a urologist pretty quickly."

"When can he have sex again?" Gardner asked.

I could tell that I was going to have to break the news to the guy about this myself. I had never realized the gravity of the situation before.

We went back to Rod. We laid out the facts for him, as Chung had dictated. "So I don't need a cast?"

Gardner seemed to choke back a burst of laughter. No cast. It's not really a bone.

"Is there a support network?" Gardner's choke was a lot more audible and I tried hard to force down a smile.

"Seems unlikely," I said. "It's not that common, and you'll be better in a hurry. You can ask Dr. Chung, however."

"What about the blue balls?" Gardner asked.

"That's the blood that escaped from the shaft when the cavernosa blew. It's just pooled blood. No big deal." To Rod I said: "Go to a pool. Maybe the shrinkage will help."

He nodded in agreement. "Yeah, that oughta do it."

I could tell: It was gonna be a long night.