I never saw her alive, but I will miss her for the rest of my life. 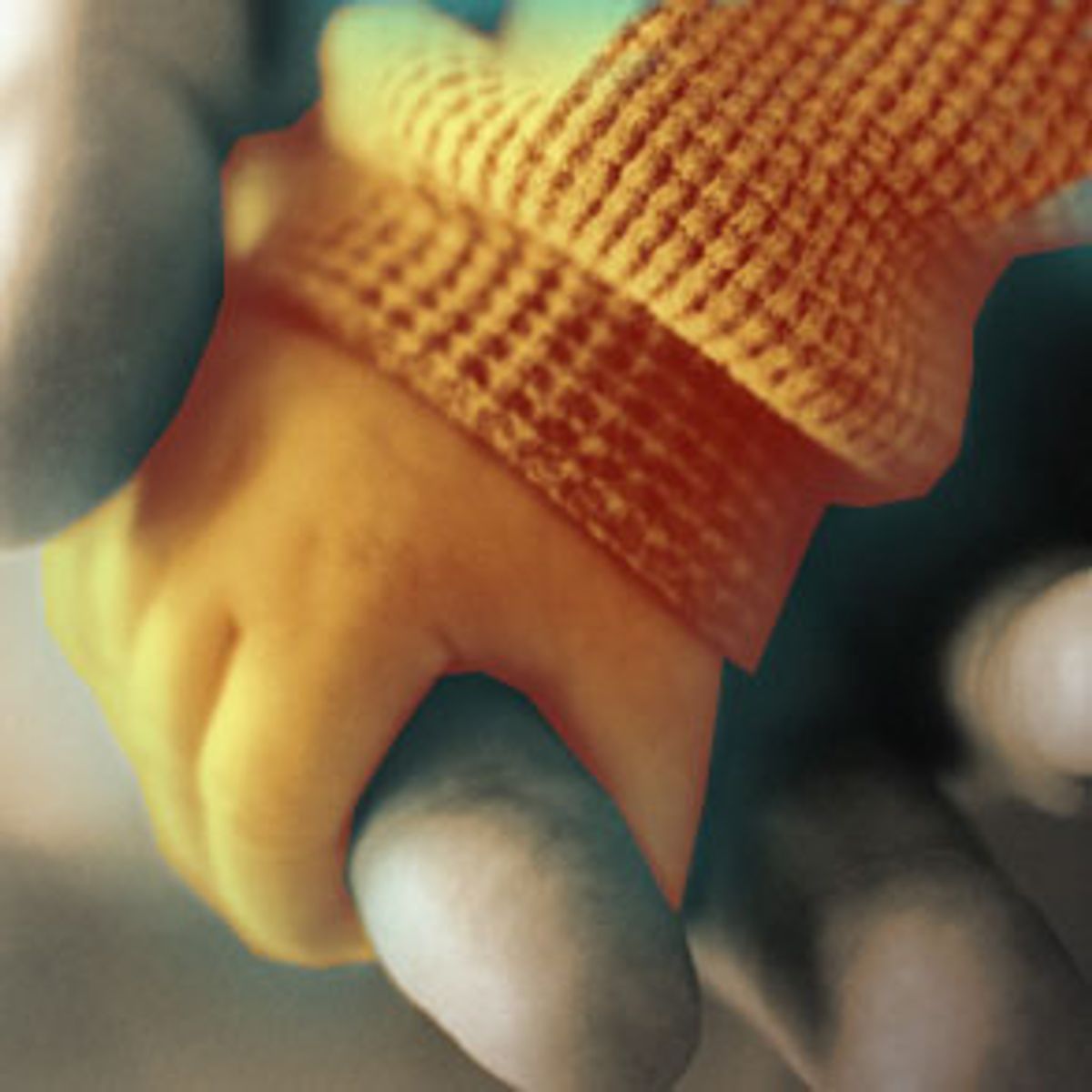 That's what I see as a nurse leans over me, inserting an IV into my arm to ease the pain of the contractions. The pigs are fuzzy at first, as if I'm viewing them through an out-of-focus camera lens. Then slowly the edges emerge as the pain finally lifts away, and I am back in the world again.

It is 1995. I am at Dominican Hospital in Santa Cruz, Calif., the same hospital where I delivered my first daughter, Kaily, four years earlier. But this time, when I check in, they put me on the pediatric ward, far away from the cries of the newborn babies in the labor and delivery ward.

My nurses are pediatric nurses, their uniforms dotted with tiny pink flying pigs to make the children smile. These nurses can't find the drugs I need. They aren't prepared for a pregnant woman on their shift. They rush into the room, avoiding my gaze, and rush back out to search for anything to help.

My husband, Mark, left earlier to take care of our daughter. They both stayed with me throughout the afternoon, until the contractions got too painful, and she got scared.

You prepare for birth. You practice breathing exercises. You pack a bag. You choose who is going to be there with you holding your hand. You don't prepare for death. I have no bag packed. No one holds my hand.

After three hours of labor, I deliver a four-and-a-half-month-old baby, who I know has died the day before, who has become a tiny corpse trapped inside my belly. The knife-like pain, endured for nothing, leaves me empty and bleeding.

"You did everything you could to keep this baby. You wanted this baby," says the doctor on-call, a veteran of multiple miscarriages, as she hands me the tiny infant. I cradle her awkwardly in the palm of my hand, this almost-child, so red, her mouth frozen wide open. I pray it's a yawn, not a scream. I count 10 tiny fingers, 10 tiny toes. Then I let her go.

"You'll be pregnant again in no time," says my own doctor, who arrives after it's all over. I sit swollen-eyed on the hospital bed, staring back blankly, horrified.

The night stretches out lonely and long. Nurses come and go, wrapping me in warm towels and changing the sheets drenched with the night sweats that leave me shaking. I lie awake throughout the night, my only company the muffled cries of a little girl in the room next door.

I wanted to be the one to tell my daughter. The next morning, as we get ready to leave the hospital, I crouch down next to her by the side of the car. "She died, sweetie," I say.

"She died?" she cries back, her tiny voice rising too high, leaving my heart broken not once, but twice in too short a time.

Later, we ask Kaily if she wants to name the baby. She thinks for a moment then says, "Kathy Jones." We smile. The name comes from a children's book we had been reading to her about a little boy who, just like her, was going to have a new baby sister. His baby sister was named Kathy Jones.

Two nights later my milk comes in. At 2 a.m., I lie in a hot bath, my breasts engorged and throbbing with pain. The house is silent. My body doesn't know there's no baby to feed.

Six months later, I was pregnant again. A perfect new pregnancy, just what the doctor ordered. My grandma, a mother of nine, said, "Aren't you brave!" My palms went clammy. I knew I wasn't.

So I refused to think about this pregnancy. I didn't make plans. I didn't buy new diapers or tiny new T-shirts. Not this time. Not until the baby was here with me, cradled safe in my arms.

I had an ultrasound. When they told me I was carrying a boy, I was angry and sad -- although I had always wanted a boy. Of course, I was looking to replace the child I'd lost. I just didn't know that yet.

Three months passed, the safety zone, so they say. Then four, and four and a half. The gentle nudges started, early soft kicks, letting me know he was alive. He was with me.

And so I had to think about him. The panic set in.

It was in my sixth month of pregnancy that I stopped sleeping. One night went by, two nights, then two weeks. I was frantic. Would my lack of sleep harm my baby?

I called doctors, therapists, acupuncturists, hypnotists. I began to sleep some after two weeks. Benedryl helped. Massage soothed me. By the eighth month, I was sleeping again. But I was also quite certain that there was something wrong with my baby. How could he be fine when she had not been? My doctors assured me that everything was OK. But my faith was destroyed.

Ben was born healthy and strong on Jan. 25, 1997. I cried with relief as I cradled him in my arms. He turned toward me, searching for my breast. It's over now, I thought.

But really it had just begun. The grief that tore me apart following my miscarriage came at me slowly, insidiously. I no longer trusted in things turning out alright. Fears started creeping in at me from all sides. The insomnia returned. Night after night, I'd lie awake watching my newborn baby as he slept, dreading the morning to come.

It took me months, even years, to realize the source of my grief: I missed my baby girl, plain and simple. She wasn't even whole, she wasn't even alive. And yet I will have to miss her for the rest of my life.

Somehow, I can live with that now. I have no choice, I realize, as I tuck my son and daughter into bed at night. You find a place for the grief, and you set it aside.

Tracie White is a feature writer for the Santa Cruz Sentinel.