Jesse Helms has nothing on my ex-husband

What could cause a bisexual artist and mother to behave like a depressed June Cleaver? A custody battle. 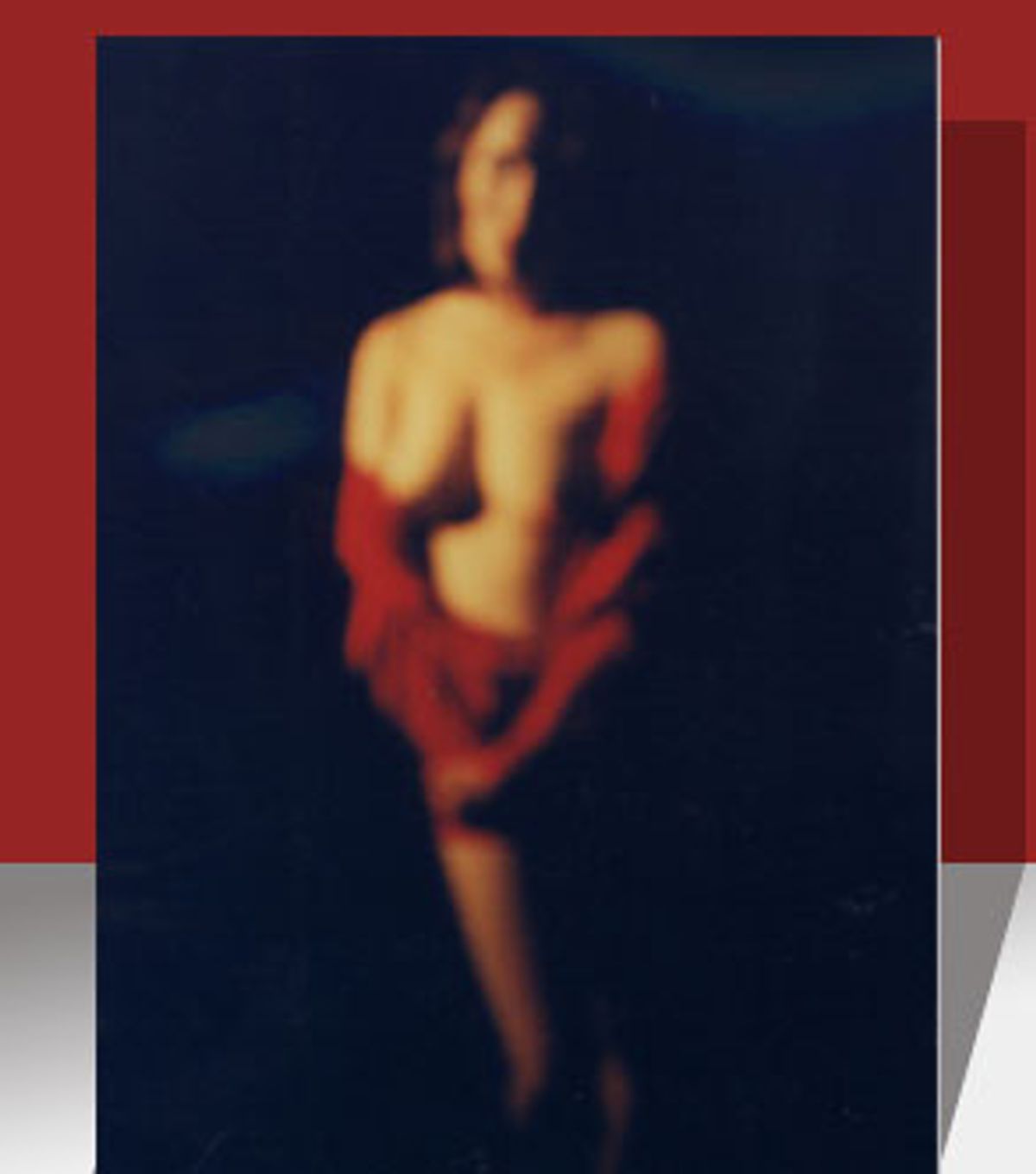 I used to pose nude. Once I painted my whole body white and pressed my image onto large gray paper, which I then chopped up and rearranged onto big square blocks. I had boyfriends, I had girlfriends. I held a job, went to college and tried never to lie or hurt anyone (although I did smoke pot on the weekends). I was a Cat Stevens-loving spiritual seeker. I strove to be a "good person"-- as I defined it -- someone with integrity and a strong work ethic.

Art was a part of our family life. As a baby, our daughter traveled everywhere with me in her papoose, her rear end often speckled with the colors of my latest painting. My son posed for his first painting, "The Birth of Joseph," shortly after he was born, while I lay next to him on the floor, snuggling him in between changing camera angles for the photographs I would use to create the painting.

After the birth of my children, I worked from home during the day doing computer graphics and worked on my painting at night. Although I was tired all the time, my nipples perpetually chapped from breast-feeding, motherhood only enhanced my art. I was happy. Happy, that is, until gradually my prince turned into a controlling frog. My art had begun to reflect my sense of being constrained in my marriage: I started producing nothing but politically correct, nauseatingly nostalgic pastels. Finally, I realized that I must end the marriage before it ended me.

I made the break. I thought the hardest part was over. But the worst was just beginning: He wanted full custody. I was going to have to fight for my children -- the beautiful girl I sang to, the tender boy who attached himself to my leg like a barnacle. We shuffled the kids back and forth during the divorce proceedings, each of us trying to find a way to keep them for good.

I got a good lawyer. My husband got one too -- a lawyer known as "the pit bull." During our sobering first consultation, my lawyer asked, "What in your life could be possibly used against you? Because they will dredge it up. With custody at issue, the court will take not only the years of the marriage into consideration, but the entire lives of each parent."

When I told him of my lifestyle during college, my art and my "open-mindedness" (read: bisexuality), I thought my lawyer would laugh at my concerns. Hey, I thought, this is New York! I was dead wrong. I guess the world is not as liberal as I had previously believed. According to my lawyer, my severe postpartum depression would be portrayed as overall instability. My artwork would be used to demonstrate my alleged "degenerate tendencies." As for my sexuality -- well, forget it. He warned me to live a "squeaky clean" life from this point on. He squeezed my hand when I left. During the drive home from his office, I had to pull over on the side of the highway. I was sobbing, shaking and terrified.

Ironically, my efforts to break free from a control-freak husband had forced upon me an even more urgent imperative for self-censorship. I went back to my house and removed anything that could possibly be construed as salacious: the fabulous nudes my photographer-friend Dan shot of me at Pratt; my erotic lesbian sketches of creatures half-woman, half-flower; boxes of photographs I'd taken to use as references for paintings someday; my books on everything from Wicca to the Jungian collective unconscious; Nina Hagen tapes, love letters, diaries. I hid a shopping bag of memories in my mother's garage, and stoically threw the rest into a Hefty bag on trash day. I chopped off pieces of my life to save the future.

The custody battle went on for two years. It was ugly and dirty. I was afraid to paint anything but a still life or study, and I did not exhibit at all. My artistic process was infected by paranoia. Could I paint a female nude? Not a good idea. Could I express my anger in a violent red and black painting? It could be used as evidence of a "disturbed" mind. If I used the photos of my infant son's adorable tush in a painting, would I be accused of pedophilia? The only safe subjects seemed to be those that would be appropriate for display in a kindergarten classroom.

My art had always been more than a vocation; it was also the emotional outlet that kept me sane. Without art, I felt as though my shrink had gone on permanent holiday. My paintings became anemic and generic. If I couldn't paint, I decided, I would write. But even that didn't feel safe. Even if a small notebook was a less visible expression of my pain than a wall-size painting, it could still be read. So after I recorded my pain in words, I destroyed those drafts, too.

The divorce is finally over now. My husband and I ended up with joint custody: Our children live with each parent exactly half of each week. And, ironically, my ex-husband ended up owning half of my paintings. I have remarried and the children are starting school. Although my life has settled down a bit, the custody battle has left a permanent legacy. I live with the knowledge that someone -- an ex-husband, an arts committee, a teacher -- could challenge my fitness as a parent, an artist or as a person. But I'm tired of being wary. Now, I'm winning myself back.

Last week, I mustered my courage and entered my painting titled "Self-Portrait During Divorce" into a juried show. The piece includes an out-of-focus shot of my exposed torso. Yes, it's an image of my breasts, however fuzzy. For me, it represents a conscious effort not to play it safe. I want my children to see that I live honestly. I do not want to present a model of motherhood or womanhood that is nothing more than an updated version of a Stepford Wife. I want to teach them that integrity means having the confidence to truly express themselves, not to pander to those who expect conformity.

Both of my children have shown a talent for creating stories and drawings. I owe it to them -- and myself -- to continue to push the envelope, to be confident in the artistic choices I make. My children will be wiser than I was, because I will teach them that living with personal and artistic integrity can require hard choices.

But, honestly, if I had it to do over again, I'd play it the same. If I am ever again forced to choose between my children and my artistic principles, I'll take the kids. But next time I won't be afraid to turn my frustration into a really great painting.