Critical Path has faced stock drops and layoffs, but CEO Doug Hickey won't be lumped in with the losers. 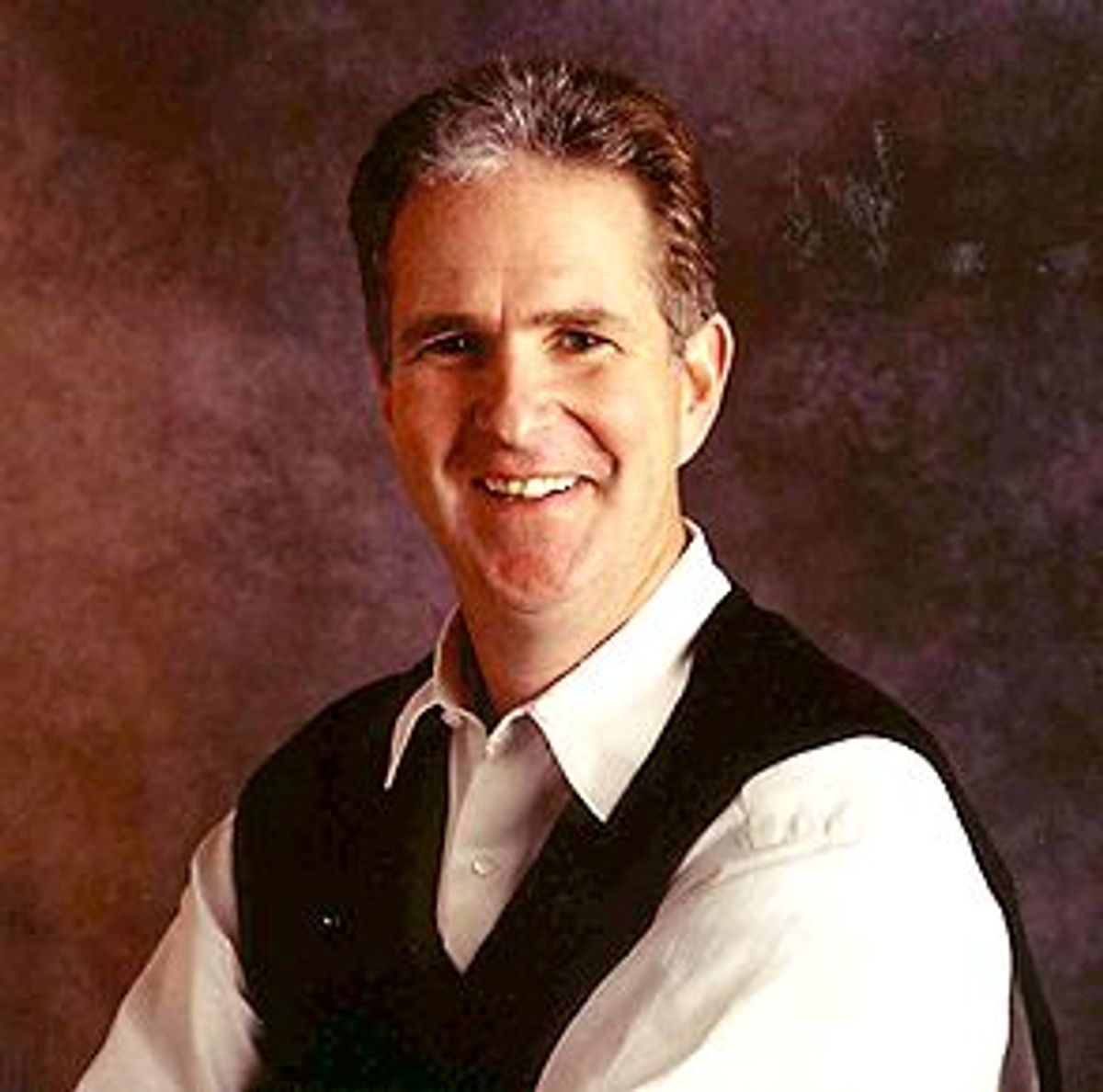 Doug Hickey's office at Critical Path sits right in the middle of the main floor so that anyone can drop by. The messaging company's CEO wouldn't have it any other way; he has always liked being at the center of things.

In 1989, when the Albany, N.Y., native got "the California bug," that meant working for Metropolitan Fiber Systems, a company that "sold Net applications and connectivity before we even knew what to call it," Hickey says. And later that meant becoming CEO of GlobalCenter, the Web-hosting firm, which he sold in January 1998 (and which hosts Salon).

He says he joined Critical Path in October 1998 because its core business of outsourced e-mail looked like a foolproof foundation for success. "I saw a huge opportunity," Hickey says. "When you look at the whole messaging marketplace, when you look at the ability to touch every Internet user -- I don't know if there's too many other plays out there like that."

Still, like many Internet companies these days, Critical Path has had its troubles. Its idea of moving messaging to the Web hasn't proved as compelling to consumers as many analysts thought it would. There have been layoffs at the 850-person San Francisco company, and the stock has dropped from a high of $100 to about $60. None of this, though, seems to trouble Hickey.

I read a few weeks ago that Critical Path laid off over 100 people. What happened?

If you've followed the company, you'll see that in 1999 we acquired a series of technology companies, and now that we've integrated all those companies into Critical Path, we have made an adjustment in head count. We cut out about 125 people, but we continue to grow the business very, very aggressively. If you look at our revenue numbers, in '98 we did less than $1 million in revenue; in '99, we did about $16 million in revenue. Analysts' estimates for this year are about $145 million, so the company is growing at an extraordinary rate.

"Adjustment in head count" -- that's an interesting way to put it. But where did this "adjustment" come from?

We put together packages for people based on their tenure with the company, so from that perspective we absolutely took care of people. We also pointed people in the direction of other opportunities. The third part is that because Critical Path is a company that's pretty well-regarded in all the areas where we made adjustments, we think great people will find great opportunities. We were helpful -- but the market itself has been very helpful.

Now a big part of what Critical Path offers is the chance to move all your messaging to the Web, right?

It all has a Web-based component to it. Our view is anytime, anywhere, any device, a customer of Critical Path ought to be able to get to its mail, worldwide. So the Web is clearly a key component of it, but not the only component.

In December, though, that component broke down. Hundreds of thousands of your customers weren't able to reach their e-mail accounts. What happened?

Well, in the Internet there were some blockages at a couple of the exchange points. But the other side of that equation is, none of our customers lost any of their mail; when systems came up again, all of their mail was redelivered to them. So I offer it as [proof] that there's always what we call a safe place for your mail in the event of a catastrophic failure on the Internet. But if you're a stand-alone company out there doing that, and you lose your connection to the Internet, you typically lose all your mail, all your files and all your backup. That's not something that happens with Critical Path.

Do you think this is why many companies like yours -- and online banks, for example -- have had a hard time convincing people to migrate everything to the Web? Is reliability the primary hurdle?

Well, first, just a point of clarification: You'll notice that we don't have dot-com in our name, and there's a reason for that. The reason is that while the Internet is an incredible, exciting vehicle, if it went away tomorrow, Critical Path would still have a very, very aggressive fundamental business. We don't expect everyone to move everything to the Internet. A prime example of that: A big piece of our business comes out of the wireless arena. And the wireless arena, while interesting as part of the Net, doesn't have to be part of the Net. So when you look at Critical Path, it really comes back to the business model, the technology we've employed.

Then why is it worth migrating anything to the Web?

One reason is the huge cost advantage to customers, but while important, it's not the only reason. The other thing that we see in the marketplace is all the virus activity that's taking place on the Internet. Because we're network driven, meaning we don't really have a desktop client that we use, we can see spam before it gets to our site. So we're able to kill spam and viruses before they get to our customers. If you look at our outsource business, we have about 22 million-plus users, and none of them were affected by things like the "love bug," Melissa and a whole series of other viruses. You've seen many companies actually out of business for days while they try to remedy that situation, but our customers have not had to face that problem.

Who are some of your customers? And what exactly do they pay you to do?

So what we've been able to do is really build a company that offers e-mail as sort of the engine of what we provide, then add incremental services on top of that -- including things like fax services, secure delivery of e-mail, virus and spam control. But really what we believe is that "e-mail is the oxygen of the Internet" -- every user has to have it in order to communicate.

So a big company like GE comes to you instead of buying their own e-mail software.

We actually manage the e-mail for them. You'll never see our brand as an end user. You'll see it as a FedEx brand or a Proctor & Gamble brand. So we say we're really brand behind the brand infrastructure. And that's one of the reasons why we've been able to have many of our customers, who are ultimately competitors, use our services. We allow them to add unique designs, looks and feels to their sites.

We priced in March '99 at about $24 and it went up as high as $100. Today we're trading at about $60, but we've been as low as $27. I think it has been a typical reflection of what's taking place in the market. But we sit today with about a $4 billion valuation. We're growing like crazy and on a path to profitability. Analysts' estimates show Critical Path as being profitable in the fourth quarter of this year and continuing through 2001 and beyond. So in a very short period of time, we've driven the company's both top and bottom line.

Last year, when your stock was nearly twice what it is now, you must not have thought that the market would shift so sharply. Do you ever wish you hadn't gone public?

Well, I've been in this movie a couple of times, so I've been through situations where you take companies public. When you have a business that is fundamentally strong, that has the right kind of management and is capitalized the right way -- which we did do -- you're probability of success is very, very high. So I don't focus on stock price as much as I do on delivering a successful business. And I think the stock market finds its own way. Virtually every company you look at, be it the Ciscos of the world or others, have had ups and downs from a stock perspective. But the companies that absolutely shine are the ones that have a long-term viability -- and we think Critical Path is clearly one of those companies.

The reason you're seeing a lot of shake-up in Internet companies is no different from what you saw with telecom companies 10 years ago. The companies that get knocked out of this environment will be companies that either should never have gone public to begin with or have a good business model that can't scale. That has nothing to do with the Internet; that just has to do with a bad business. So the Internet is a mechanism, but we've been seeing this trend in business for the last 100 years.