Joe Lieberman? Get me rewrite!

What seemed like a feel-good summer hit suddenly turns sour. 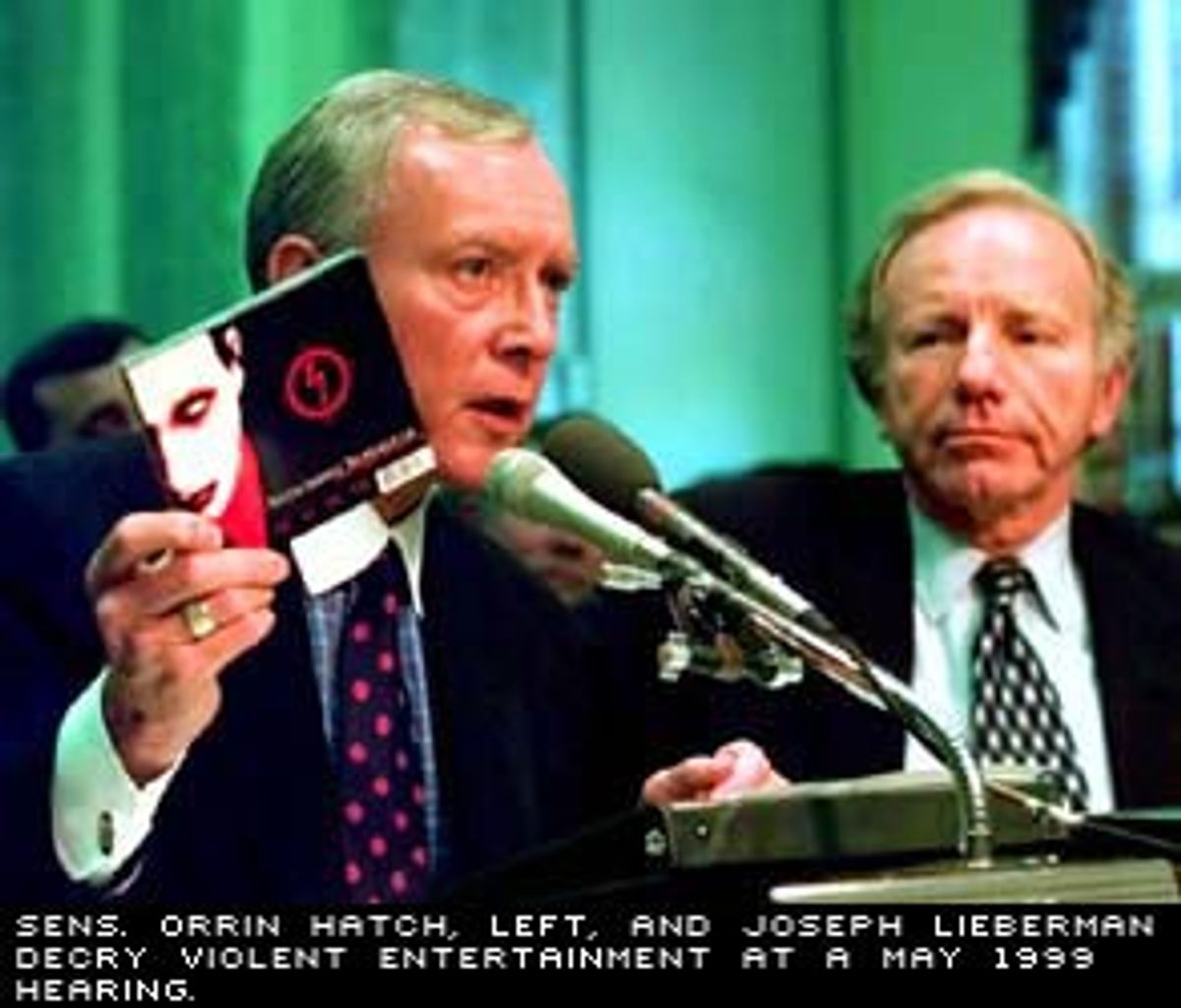 I haven't seen political Hollywood in such a dither since the night Warren Beatty made his candidacy -- non-candidacy -- possible candidacy ... official or unofficial or semi-official ... in that big boffo speech at the Beverly Hilton. You know. Where he walked in wearing his shades.

Sen. Joseph Lieberman as Al Gore's vice president? The first Jew on the national ticket? Finally! said the wise old hoot-owl agents who gather with their unlit cigars every afternoon in the bar of the Regent Beverly Wilshire. One of ours! A daring strike against narrow-minded bigots ... like the ones in South Carolina who played the Jewish card against Warren Rudman and ice-picked John McCain.

Holy smoke, what kind of daring statement against narrow-minded bigots was this? The old guys at the Regent Beverly Wilshire were suddenly mumbling to themselves after hearing from their whippersnapper colleagues.

OK, Lieberman might be Jewish, but they saw on TV that even Jerry Falwell was praising him. So he was one of ours -- but cutesy with Bennett, praised by Falwell, voted once with Jesse Helms?

Two days after Al Gore's Lieberman announcement, a lot of people in town were absolutely reeling. This was a quandary worse than whether to pay Adam Sandler the 20 mil for his next picture, worse than trying to decide between Wolfgang and Along Comes Mary for the next tent party.

Was Joe Lieberman one of ours or was he not? Is a milestone civil rights breakthrough worth the price of a Silver Sewer award? Was Sen. Lieberman, the civil rights milestone, a Trojan Horse ridden into Hollywood by the prudish Tipper?

There was even a quote from Sen. Lieberman in the newspapers that said, "Hollywood doesn't understand piety." Piety? What was there to understand? Piety didn't sell, period, unless you dressed it as "E.T." No one was talking about remaking "The Ten Commandments." All the Tibet movies failed, even Marty Scorsese's, though half the town went to His Holiness the Dalai Lama's reception. The last pious movie that blockbustered was "The Exorcist," and that was helped by the pea soup.

Heated discussions took place in the screening rooms, as cellulars jangled and $100 million rough cuts were being ignored. Al Gore, everyone agreed, was not Hollywood (he looks like he could be the head of foreign distribution at some indie). George W. obviously needs Arnold's speech coach, and now here is Joe Lieberman.

Bill Clinton certainly wasn't bipolitical. The day after Sen. Lieberman invoked God nearly a dozen times in his Nashville, Tenn., speech, Bill Clinton had his picture in the paper here standing next to Hugh Hefner. And a couple days before, he'd gotten an early birthday cake from Harvey Weinstein and had blown his sax for Carly Simon. There was no doubt that Bill Clinton was one of ours. Bicoastal!

This entire multiscreen Lieberman release was turning too ambiguous. It needed a rewrite and maybe a reshoot. Everyone knew ambiguity was a no-no in Hollywood, death at the box office. You had to root for the hero and he had to win in the end. And what if Sen. Lieberman, on closer inspection, into the third reel maybe, didn't look like such a hero anymore? What if some moviegoers thought he was consorting with the enemy? What if they got confused and rooted for the wrong guy, who may or may not have been the right guy anyway?

And what about loyalty in a town where some people think loyalty is defined by a bigger paycheck or a longer trailer? Did that mean the nasty things Sen. Lieberman had said about Bill Clinton didn't matter? Even though President Clinton had been so nice about everyone using the Lincoln bedroom and was always hanging out at the Riviera with Sly or Jack?

It was all so maddeningly frustrating -- like nobody ever finding the right vehicle for Michael and Kirk to do together, or Steven refusing to do a sequel to "E.T." ... and all this caused by the first possible Jewish vice president of the United States!

By midweek, the wise old 10 percenter hoot owls had worked out the perfect rewrite. He should've picked Barbara Boxer one said. She's Jewish and she's a she. Her daughter used to work for a producer over at Sony. And she hooked up with one of Hillary's brothers. No ambiguity! Two lofty themes for the price of one -- the death of bigotry and women's empowerment. Huge Oscar potential. And with Julia Roberts playing Boxer, the perfect winning ticket.

Joe Eszterhas is an ex-Rolling Stone reporter, National Book Award nominee for "Charlie Simpson's Apocalypse," and screenwriter of such blockbusters as "Basic Instinct" and" Jagged Edge." His latest book "American Rhapsody" was published by Knopf in July.