"An Affair of Love"

Once titled "A Pornographic Affair," this French film sees a simple sexual perversion foster a romantic interlocking of souls. 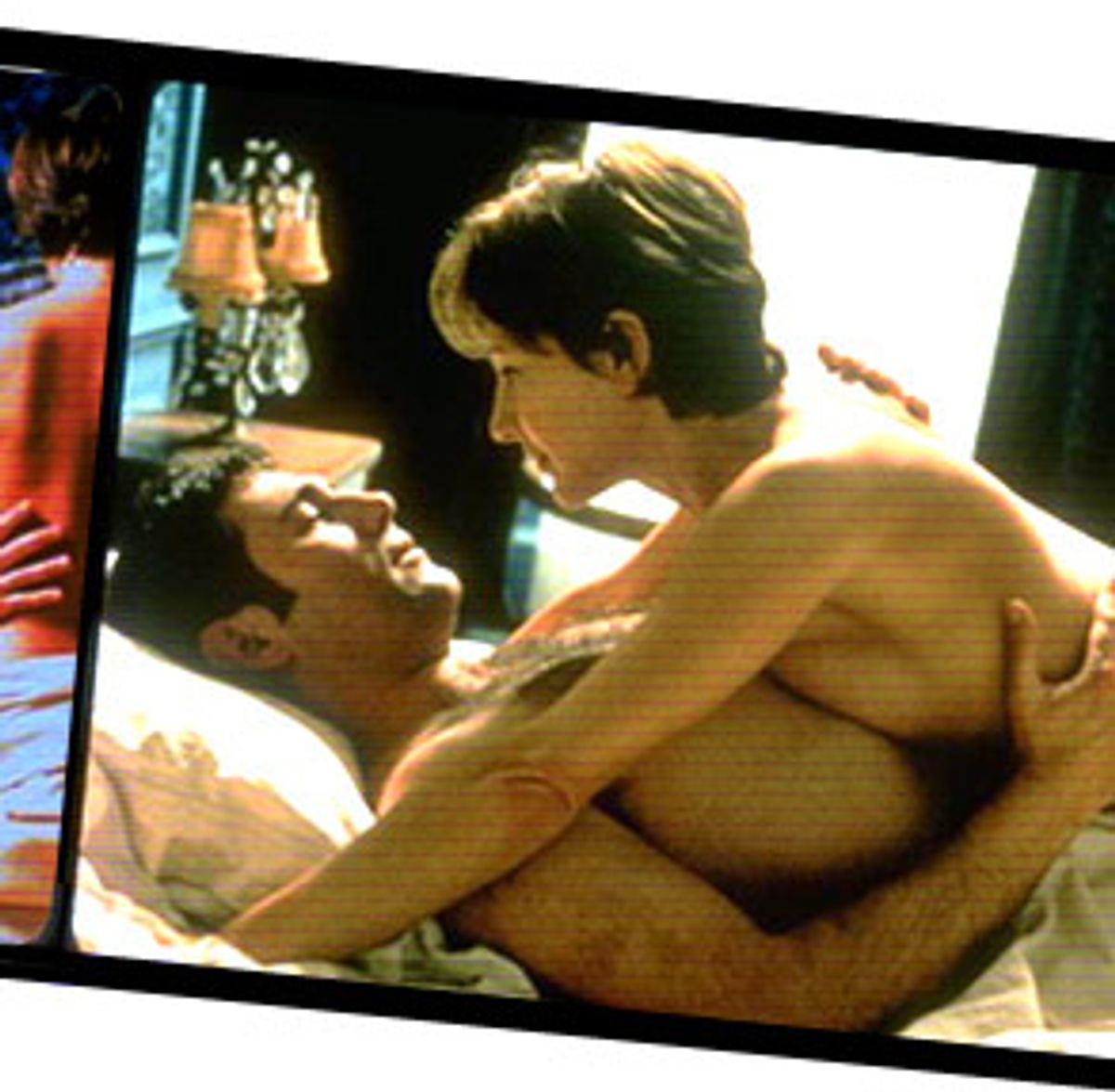 Belgian director Fridiric Fonteyne's "An Affair of Love" has the rare distinction of being slight and tragic at the same time. It's the sort of picture where the conceit threatens to overwhelm any possible subtleties of emotion: A woman who's somewhere in her 40s (Nathalie Baye) places a personal ad, looking to fulfill a specific sexual fantasy that, it seems, all her previous lovers have found distasteful. A man who looks to be in his early 30s (Sergi Lspez) responds, and the two embark on a secret affair, although each asks nothing about the specifics of the other's life. The two don't even learn each other's names.

But beneath the directness of that setup there's something shimmery and sad, a kind of submerged pensiveness about the ways human beings, not daring to hope for too much, often accept the inevitable instead of railing against it. Baye and Lspez fulfill their mutual fantasy behind closed doors; we never even learn what it is. At the beginning of the picture, we're dying to know what they're doing to, and with, each other. But by the end it seems like a minor detail, a mere curlicue on a relationship that somehow, beyond the two characters' control, has gone much deeper than their original assignation would suggest.

What's more important here is the way a simple sexual perversion (I'll call it that only for lack of a better word) somehow, mysteriously, fosters a deeply romantic interlocking of souls that's an odd mixture of Victorian and postmodern: Despite the characters' coolly hip and chronically adult attitudes, the romance turns into something vaguely sentimental, almost flowery, especially in the way the characters find themselves feeling so shy the first time they try sex the "regular" way. The tentativeness of that love, more than the couple's sexually charged yet almost businesslike beginning, ends up being the thing that gives the movie all its substance. It's a case where just a dusting of sweetness gives you all the flavor you need.

Fonteyne's moviemaking style is simple, but he knows how to burn the edges off to keep the final effect from being too stark. The narrative unfolds via a basic framing device: Each character tells the story to an unseen interviewer well after the fact, remembering (as men and women tend to) some of the details differently. Their respective oral histories are intercut with the unfolding of the relationship shown in flashback.

The success of the approach depends wholly on the appeal of the characters, and Baye and Lspez carry the movie beautifully. Baye, with her slim frame and expressive eyes, radiates a doelike calm and nervousness; her jitters at the couple's first meeting, in the cafe that will become their regular rendezvous point, spill out in a neurotic but charmingly breathless speech about how she once actively sought out a hairy man to make love with, just to see what it would be like. Lspez -- a dark but sweet-looking Spanish actor whose bearlike handsomeness suggests spiritual as well as literal hair on the chest -- soaks it all in with bewildered amusement. You can tell he's beginning to like this girl.

When the interviewer asks them how the first encounter went -- that is, if the fantasy was fulfilled as expected -- they both become quiet and speculative, protective of their privacy, but their quiet half-smiles reveal the truth. The verdict, on both sides, is that it was very, very good. They continue to meet and the relationship deepens, although it always has a fragility that suggests it could be shattered at any moment. At one point they're drawn into a minidrama when an elderly stranger falls ill in the hotel where they tryst, and you're not sure if the event will draw them closer or tear them apart.

Because of the way each character talks to the interviewer, it's clear from the start, of course, that the relationship doesn't last. But knowing the ending frees us to explore the nooks and crannies of the middle. In the interview scenes, Baye looks more vibrant, younger, with darker hair and a zippier haircut; when she's in the midst of the affair, she looks lovely, but a bit world-weary, as if she isn't quite as sure of herself as she seems. Lspez, on the other hand, looks older and more knowing in his interview scenes: He has grown a beard. He seems to be carrying a bit of extra weight. And there's something about the way he speaks that suggests he has learned the meaning of wistfulness -- the kind of thing that a younger man might understand only on the most superficial level. (Refreshingly, the movie never makes the characters' age difference an issue.)

It's as if the affair has enriched both of them, subtracting a bit from the one who had more to give, and adding something to the one who needed more -- a suggestion that maybe the often-cruel gods of love had decided to work a kind of balancing act as one small gesture of kindness.

The movie's original title on its release in Europe was "Une Liaison Pornographique" (or "A Pornographic Affair"), a title that pokes fun at the fact that there's nothing at all pornographic in the movie, at least not visually. (There isn't even as much nudity as you might expect; this is one of those French-language movies where people talk about sex more than they actually have it.) Lest you wonder, as I did, whether the title was changed for the U.S. release only to pander to American audiences who might not get its irony, Fonteyne revealed in a recent New York Times article that European audiences had trouble with the title, too. Apparently, even they thought the picture really might be pornographic.

It isn't pornographic, but it is revealing, albeit in a gentle, almost lulling way. The hotel where Baye and Lspez make love has garish red hallways -- they're like a touch of David Lynch transported to a European setting -- but when the characters people them, making their way to their room, whether they're barely touching hands or groping desperately, those corridors don't seem tawdry at all. Baye and Lspez always meet at the cafe and go from there to the hotel, and it's as if they carry some of the warmth and relaxed intimacy of that first meeting place with them. Their affair isn't an affair at all, but a true romance. It's sad that they timidly reach for the stars and miss. But then, at least they've learned that just the little handful of air you end up with can sometimes be enough.