Are doctors shilling for drug companies? 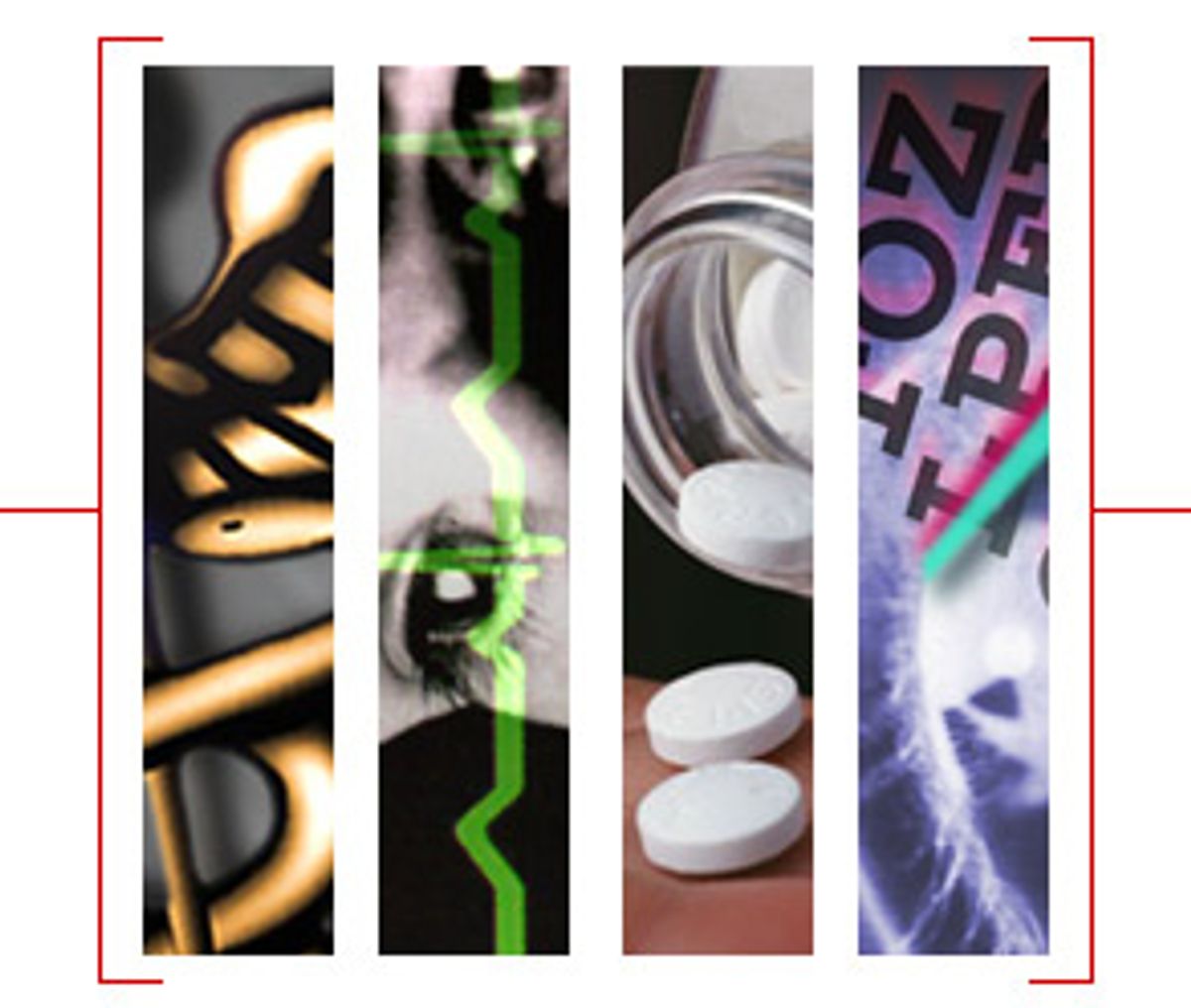 Like many academic scientists, John W. Norton supplemented his salary by giving talks sponsored by drug companies. A few nights a month the University of Mississippi psychiatrist would drive to some town in the boondocks and, over rubber chicken dinners, lecture the local general practitioners about antidepressant medications. Norton made an earnest effort not to promote any particular company's drugs, and when the $500 checks arrived in the mail a few weeks after each talk, he'd cash them without the slightest qualm about his scientific objectivity.

But the sweet arrangement ended in February, when Norton published a brief article discussing the sexual dysfunction triggered by the very drugs whose makers were paying his honoraria. After the article appeared, Norton's career as a pharmaceutical educator came to a sudden end.

"My invitations to speak suddenly dropped from four to six each month to essentially none," Norton says. "As the father of five children, I began to feel uneasy."

He found himself seeking out drug company representatives to tell them he was "still on the team," and even looking for reasons to prescribe their drugs. "I had deluded myself into thinking I was educating physicians and not being swayed by the sponsors," he says. "I was naive about what was at stake" -- i.e. the millions of dollars in profits that come from antidepressant drugs.

Norton's wake-up call is an echo of the alarms sounding throughout the biomedical community, where researchers are starting to realize the extent to which their livelihood is reliant on commercial interests. Changes in the structure of medicine in recent years have meant that funding for research increasingly comes from the drug industry. Researchers and the universities they work for are often stakeholders in the products they are supposed to be testing with objective distance. Just because research is funded by drug companies doesn't mean it's inaccurate. But investigators are starting to detect patterns of research bias with subtle and obvious effects on the treatment of patients.

This week at a federally organized conference, scientists and medical ethicists discussed ways to handle conflicts of interest in research. At the close of the conference, Dr. Greg Koski, the government's new biomedical research ethics chief, said he expected some new regulations to come down, probably next year.

The soul searching in biomedical research began soon after Jesse Gelsinger, a photogenic 16-year-old with a rare inherited liver disease, died during a gene therapy experiment at the University of Pennsylvania last September. Gene therapy researchers, according to FDA and NIH investigations, had failed to report adverse reactions to their treatments and inadequately warned patients about the risks of the experiments they would participate in.

But the grubbiest fact to surface from the subsequent investigation was that James Wilson, the University of Pennsylvania researcher in charge was a founder and major stockholder in the company sponsoring the trial. Which meant that when deciding whether the therapy could succeed, he had a major conflict of interest.

A scientist conducting a clinical trial is supposed to be Solomonic in his objectivity, like a judge settling a dispute. Yet while we'd never tolerate a judge who owned a liquor store ruling on whether beer or treadmills were better for the heart, academic researchers have generally been off the hook.

They can own stock in companies whose products they test. They can accept consulting fees and attend conferences in warm tropical locales at the companies' expense. They can even be officers in the companies. Some universities have restrictions, some don't. There is no federal law controlling conflict of interest in human subjects research.

Scientists have historically been untouched by conflict-of-interest rules because of the widespread assumption that they were devoted, intellectually driven people who didn't care about money. That has all changed.

In 1980 the Bayh-Dole law required federally funded universities to work more closely with industry to develop products that resulted from the research. But the total blurring of academic and industrial medical research didn't occur until the mid-1990s, when the biotech boom hit just as managed care and Medicare reform combined to shred the finances of university medical centers.

Should we be worried that practically every biomedical researcher worth his or her salt is now a co-founder of a biotech startup or a consultant to one or more pharmaceutical companies? That more than half the human testing of drugs developed by American companies is either done overseas or contracted out to private physicians who generally know nothing about the drugs they are testing?

It depends on who you talk to. For most of the 700 people attending the conference this week in Bethesda, Md., financial conflicts are a thorny ethical issue that can be managed -- which in practice means it can be talked to death without doing anything fundamental to stop it.

"Conflicts of interest," said William Raub, a top official in the Department of Health and Human Services, which sponsored the conference, "have become an inescapable part of the research scene."

He and other speakers intimated that we don't really need to worry about scientists acting unethically just because they own parts of the drugs they are testing -- that the profit motive can enhance responsible research. The only worry, most of these speakers seemed to be saying, is the danger that in the unwashed masses mistrust of science will be deepened by perceived conflicts of interest.

"The likelihood that scientific funding can produce a useable and saleable product has increased," said acting NIH director Ruth Kirschstein. "The world is changing and this is good -- but not if it jeopardizes objectivity. This could risk the confidence of the public."

While the perception that scientists are generally untainted by the siren call of lucre is shared by many top-flight researchers, it isn't necessarily the view of the rank-and-file doctor.

"I think clinical researchers are especially vulnerable to the fame and fortune offered in the private sector," said Stephen A. Young, a Key West, Fla., physician, in a letter published in this week's New England Journal of Medicine. "Who has sat through a company-sponsored presentation by a well-known colleague without squirming a little at the obvious bias in the discussion?"

Thomas Bodenheimer, a family practitioner in San Francisco who moonlights as national correspondent for the New England Journal, has winkled out a series of ways that drug companies influence nominally unbiased research -- by controlling the design and data from trials, by hiring ghost writers to produce articles that are then signed by prestigious academics, by quashing and burying negative studies.

He pointed to a recent study sponsored by the New York drug manufacturer Pfizer that compared its new antifungal drug fluconazole with an older medication, amphotericin B. In the study, both drugs were in pill form -- which in itself constituted bias, because amphotericin generally doesn't work unless given intravenously.

The most worrisome trend, however, may be the growth of research in arenas that aren't even accountable to the self-governing ethics of the academic researcher. Increasingly, drug companies get their drugs studied not by scientists at universities but rather contract research organizations, or CROs, which in turn pay general practitioners big bucks to bring their patients into trials.

From 1992 to 1998, the number of private physicians involved in recruiting research subjects went from 988 to 5,380, according to a recent report of HHS's inspector general.

"I know a lot of doctors going into this because the HMOs are cutting their funds. They don't know anything about drug trials, but they need the money," says Bodenheimer.

CROs also go overseas, where patients can be bought cheaply and federal scrutiny is looser. Between 1990 and 1998, the number of international researchers involved in clinical trials went from 3,153 to 11,588, according to the inspector general's report.

In a sense, academic centers are doing the same thing -- selling themselves to the highest bidder.

Increasingly, according to Marcia Angell, who stepped down recently as editor of the New England Journal, universities that compete with CROs for lucrative research grants are signing clauses that restrict their researchers' ability to control and design studies and to disseminate the information that comes out of them.

In a 1996 case, University of Toronto researcher Nancy Oliveiri discovered liver toxicity in a new drug for the crippling blood disorder thalassemia. But Apotex, the company that sponsored her research, threatened legal action if Olivieri published her findings. The contract between Apotex and Olivieri's university required the company's consent for publication. (After media exposure of the case, the results were published.)

Coverups like this one may be unusual -- although Bodenheimer says he's heard of at least six others. More common, perhaps, are studies that are essentially marketing in a research costume.

With academic centers pinched by falling Medicare and HMO reimbursement rates, and increasingly reliant on the "soft money" of drug-industry funding, "we see more and more studies designed to find trivial differences that a company can then use for marketing," says Angell.

She cites a recent cardiology study funded by Genentech that compared the clot-busting powers of its product, tpa, and streptokinase, an older, much cheaper drug. The $50 million study involved a staggering total of 20,000 human subjects. Its yield was tiny: Patients taking TPA were about 1 percent less likely to die than those taking streptokinase.

At this week's conference, officials from UCLA, Harvard and Johns Hopkins said they'd tried to manage conflicts of interest by having scientists fill out disclosure forms as part of their applications to institutional review boards, which typically inspect all grant applications at major universities. These institutions also make sure that patient informed consent forms make it clear when researchers have conflicts.

But for Angell, simple disclosure doesn't go far enough. What's a sick patient going to do with the information that the guy sticking a needle into his arm owns stock in the company that makes the drug? "It simply passes the buck to the subjects who are left to wonder how the investigator will balance his interests," she says. "That's no comfort to the ailing and desperate patient."

For Angell, the answer is clear: obvious conflicts of interest have to be banned.

"We are expending vast amounts of brain power trying to manage these conflicts, trying to accommodate something that shouldn't exist in the first place, something that is not essential to the enterprise of medical science and that risks what is essential to the enterprise," she told the conference Wednesday. "We should not be managing these conflicts of interest. We should extirpate them."