The botched, belated rescue mission rivets attention on the dismal state of the Russian military and the government's lingering love of secrecy. 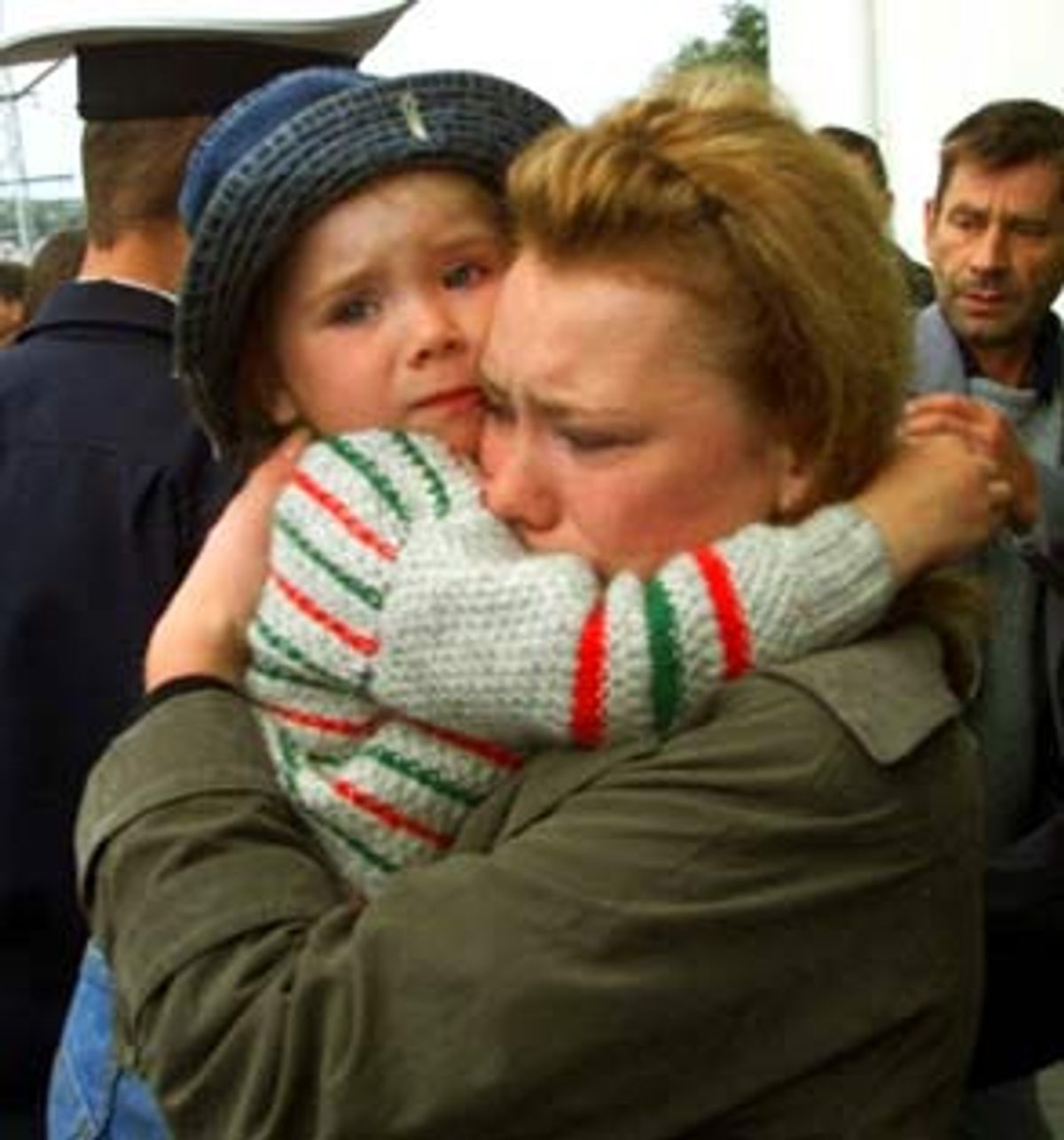 For millions of Russians, the agony of the last 10 days ended Monday, when their government finally told them what they had feared for days: None of the 118 aboard the sunken nuclear submarine had survived.

Norwegian divers who had worked for more than 24 hours in water deeper than 300 feet pried open the rear escape hatches Monday, and found the entire vessel flooded. That ended any last faint hope of life among the seamen, who sank during naval exercises in the Barents Sea on Aug. 12. One corpse was uncovered within minutes of the divers opening the hatch.

For days, Russians have waited for each scrap of news, glued to their television sets at home. Taxi drivers kept a close eye on their watches, raising the volume on the dial at the top of each hour, to hear the latest grim details. When the climax came, the bland words offered little relief. "There is no hope of finding survivors in the submarine Kursk," said a Norwegian statement on Russian television.

With that sentence, the rescue operation was over. Now comes the morbid attempt to extract the bodies from the hull and bring them to the surface, where hundreds of relatives have gathered to grieve their dead and to vent their fury at the government.

Russian officials insist they will have the bodies out within a month, ready for proper burial. Deputy Prime Minister Ilya Klebanov said Monday he wanted international help to hoist the submarine out of the water. "Not a single country on its own can handle such an operation," he said on Russian television.

Certainly, the operation is far beyond the technical abilities and budget of the Russian military, both of which have been exposed as seriously strained, since a massive explosion sank the Kursk.

Even dry, the submarine is a monstrous vessel. At about 500 feet long, it looks like a skyscraper lying prone. With its compartments waterlogged, it could weigh about 24,000 tons, experts said Monday. Beyond that, some fear that budging the submarine from the ocean floor could cause it to rupture or crack, risking a possible leak from the two nuclear reactors that powered it.

Divers on Monday found normal radiation levels both in the water and in the inside hatch they opened. But Norwegian officials say they were wary of sending their divers in to extract bodies from the murky tomb until they do further tests.

Russian military officials have insisted from the start that there were no nuclear weapons aboard the Kursk. And for now, they seem to have dodged another Chernobyl-style disaster.

But the fallout above ground, among Russia's political leaders, has already begun.

Having just passed his golden 100-day mark, President Vladimir Putin seems to have come to a shattering end of his honeymoon with voters.

Away on summer vacation in the Black Sea resort of Sochi, Putin uttered his first public words about the crisis Wednesday -- more than three days after the Kursk sank -- appearing on television in a white, open-neck golf shirt, looking suntanned and relaxed. For anguished Russians, the contrast grated.

In fact, the first whiff of anything wrong came only Aug. 14, two days after the sinking, in a small media report that a submarine had run into problems. It was not until Wednesday that officials conceded a full-scale disaster -- and only then, it seemed, because Western journalists had turned it into a round-the-clock, made-for-television drama. Now, analysts in Moscow are wondering whether the old-guard military rulers might have even hidden the details from Putin himself.

Across the street from Moscow's Gorky Park on Sunday, many Russians were basking in the late-summer sun in a sculpture garden filled with the city's statues of Josef Stalin and Vladimir Lenin. Lolling on the park benches, many said they sensed the old Communist ghosts suddenly springing back to life, as they watched the submarine disaster unfold.

"Every day we have been waiting for better news, but it seems to me that the government is to blame, since they did not ask for help right away," said Tatyana, 77, a retired researcher. She began spelling out her last name, and then stopped, too fearful to have it published. "In recent years, our tongues have become untied," she said. "Now, we are worried that maybe Putin is taking us back to the past, when we didn't know anything and when our mouths were shut."

Near a large granite statue of Stalin, Mikhail Pronnin, 56, said he had lit a candle in church that morning and said a prayer for the seamen, even though he was certain they were all dead.

"The military leaders and the government put secrecy above the people. Even now, we don't have any information," said Pronnin, who said he had served in the Soviet army during the 1960s at the height of the Cold War, and now worked for the Moscow telephone company. He wondered whether Putin's silence had been an outcome of his own grief or because he himself found the disaster "hard to digest."

The Russian press has been far more merciless in its lashing of Putin and the military.

On the front page of Monday's Moskovski Komsomolets newspaper, the acerbic headline said: "THEY DON'T DROWN." Below were photographs of Putin, Defense Minister Igor Sergeyev and Russian Navy Commander Vladimir Kuroyedov. The article suggested that perhaps the leaders had deliberately stalled calling for foreign rescue teams to ensure that no sailor would be left to tell the world how the Kursk sank.

For now, officials have no answer to that question.

Russian military brass at first insisted the vessel collided with something, perhaps a NATO submarine. But Western intelligence reports quickly picked up two underwater explosions, suggesting that perhaps an onboard torpedo had misfired.

What has jolted both Westerners and Russians this week are the risks of an overstretched Russian military, operating a large-scale force on a budget of barely $6 billion.

The Kursk, in fact, was one of Russia's newest submarines and a jewel in the country's Northern Fleet. Monday's Wall Street Journal said a recent Russian military report last December estimated that maintenance and repairs for the country's fleet had dropped to about 10 percent of what was needed.

Down a narrow side street in central Moscow, the anger and grief over the Kursk disaster has endured for days at the Soldiers' Mothers Committee, a human-rights group established by mothers of Chechnya war veterans.

There, in a smoke-filled room up a dark staircase, no one doubted who was to blame Monday, after Russian officials admitted the entire crew was dead.