Bush stays out of California

Launching a 21-state ad buy, he avoids the biggest state, evoking jeers from the Gore camp. 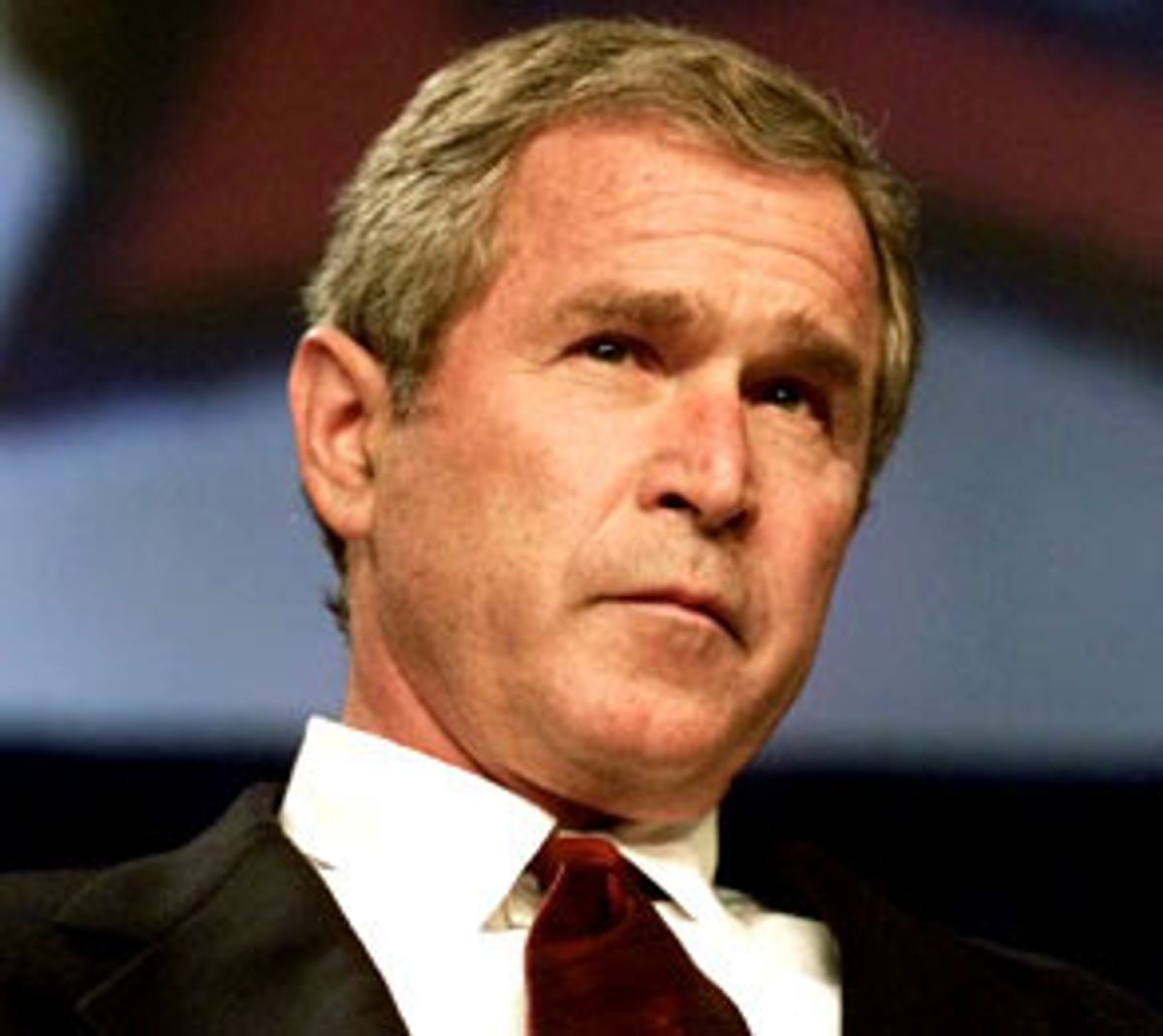 In a state where both U.S. senators, the governor and all but one of the statewide elected officers are Democrats, California Republicans tend to be particularly sensitive when they don't think they're getting the respect they deserve.

So when Texas Gov. George W. Bush announced an ad buy over the weekend in 21 states -- but not California, as the Gore campaign was quick to point out -- the Bush campaign cautioned against reading too much into one measly little ad buy.

"There's no official reason; there's no subliminal message to it," said Bush California spokeswoman Lindsey Kozberg. "The governor was here just a few days ago. He's committed to win in California." Kozberg pointed out that Bush's running mate, Dick Cheney, arrives in California Tuesday for a two-day swing through the state.

"I think that Governor Bush said that he's going to win California and campaign hard in California, but his rhetoric doesn't match the reality," said Gore spokesman Jano Cabrera. "He's not going to be competitive in California, and he's proving through his use of resources that he doesn't consider the state to be a very important one. Once the people of California realize they've been skipped over, they'll skip over his candidacy."

California Republicans supported Bush en masse last year when he vowed to run a strong campaign in the state. That would be a marked change from 1992 and 1996, when President George Bush and Bob Dole ceded California to Bill Clinton early.

Sensitivity is so acute among California Republicans that John McCain's former communications director, Dan Schnur, publicly chided his boss's decision to skip a GOP debate in California on the eve of the state's GOP primary. The outburst cost Schnur his job, but he stuck to his guns, saying the candidate underestimated just how fragile the state's party really is.

News of the Bush ad buy comes as the latest Federal Election Commission reports show that Bush has been going through money at a tremendous rate, spending close to $2 million a week during July. Gore, in contrast, spent just under $2 million for the entire month, according to FEC reports. (Bush has raised more than $100 million to date and has spent $97.2 million; Gore has spent slightly more than $21 million to date.)

Kozberg was quick to point out that Bush has been through California seven times since the March 7 primary and 14 times since announcing his candidacy last year. "It is so early right now and California has some of the most sophisticated and expensive media markets in the country," she said. San Francisco and Los Angeles are two of the five largest media markets in the nation, according to Kozberg.

"Politically, once you begin advertising in a state, you want to [maintain a constant advertising presence] in that state unless you lock it up," said Bush spokesman Ari Fleischer. "And I would not say we've locked up California."

Fleischer said the ad buy is also significant because it is running in a number of states traditionally thought of as safe Democratic territory. "What's significant about the buy is that there are five states on there [Iowa, Oregon, Washington, West Virginia and Wisconsin] that have not gone Republican since Ronald Reagan's landslide in '84. Governor Bush is currently ahead in all five of those states."