A leaked e-mail from director Chris Columbus reveals his controversial plans for the Harry Potter movie. 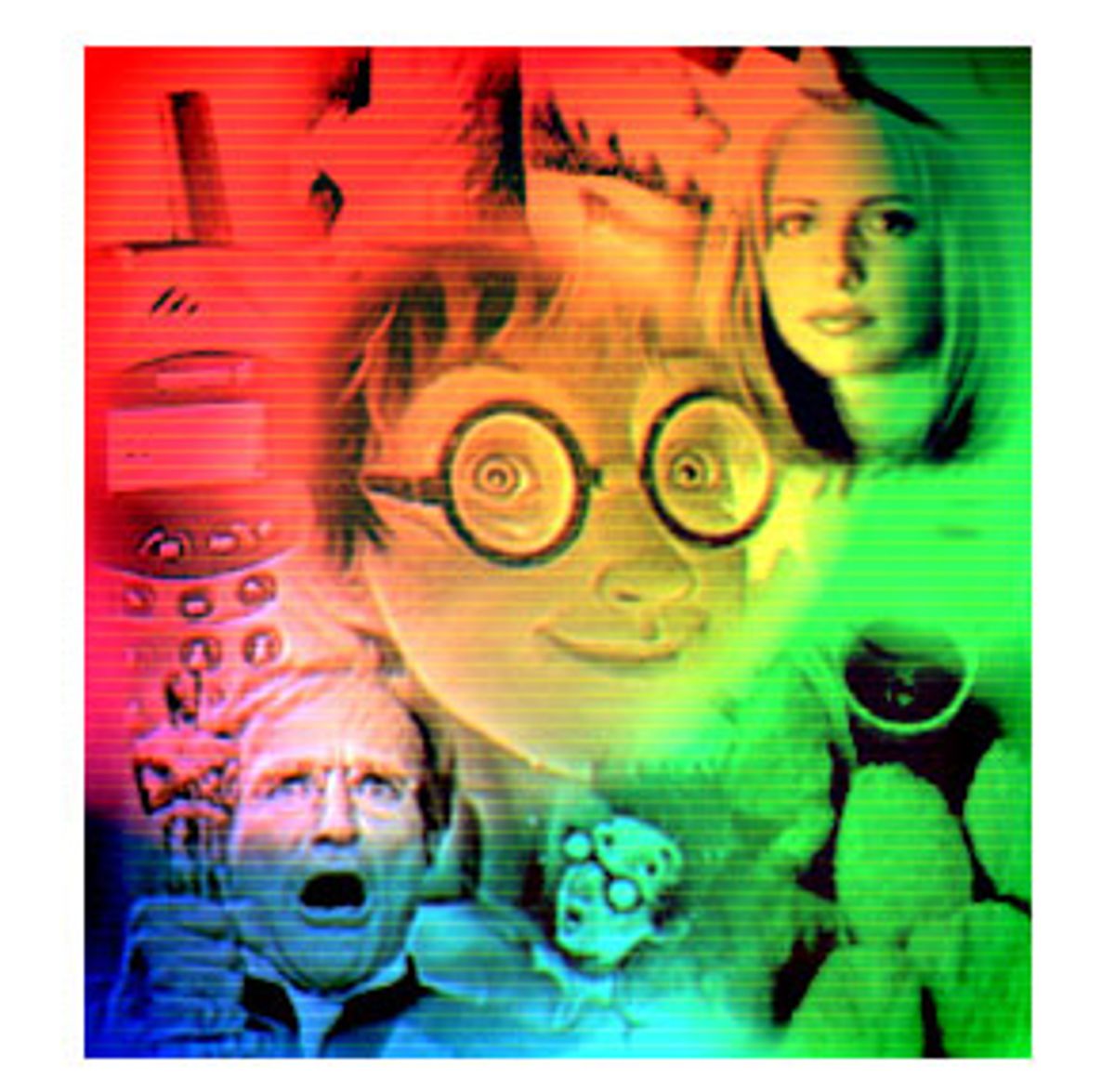 Can you believe it? I'm getting bashed all over the Internet and we haven't even started filming yet. I swear, if J.K. Rowling starts whining to the press, it could be worse than Anne Rice trashing "Interview" after Cruise was cast -- journalists love that "jilted writer vs. Hollywood" angle. If anybody asks, I guess I'll just have to use the usual mantra: "Film is a different medium, so changes needed to be made, but we're being true to the spirit of the book."

Cast: Just got off the phone with Robin Williams and he's definitely on board, even for a supporting role. If I had my way, of course, he'd be Potter. (Williams could easily play a kid -- ever see "Jack"?) But noooo, Rowling insisted the lead go to an actual young Brit. (Hey, it's called acting.) So for Williams, here's what I'm thinking: Potter's professors at Hogwarts School of Witchcraft and Wizardry are supposedly stern and dull. But what if one professor is a zany, break-all-the-rules eccentric who mangles magic spells and does celebrity impressions?

Soundtrack: Still need a rousing power anthem for the Quidditch matches. Unfortunately, Smash Mouth have already sold "All Star" for use in, well, just about everything. (Then again, oversaturation didn't stop us from using "Dude Looks Like a Lady" in "Mrs. Doubtfire," right?) We're looking for something hip and kid-friendly. Sexy, but not too sexy. Maybe the Spice Girls, they're British -- are they still around? Hmm, better call John Hughes for soundtrack tips.

Product placements: In Rowling's books (sorry, haven't read them yet, but don't worry, my assistant took great notes), Potter eats bacon sandwiches, smoked sausages and steamed ham. I figure since the books are practically advertisements for the Other White Meat, we could easily justify a lucrative product-placement deal. Do they have Jimmy Dean in the U.K.? What am I thinking -- who cares? Let's get Jimmy on the phone!

And speaking of phones, instead of Potter sending messages by owl, let's have him use an Ericsson cellphone. Sure, it's less than magical. But the placement cash can offset our effects budget, and then I can show audiences some real movie magic. Don't worry, by the time I'm done with the rewrite, cellphones will be organic to the story.

Script: Still need to delete more limey words. I mean, what the hell's a "prefect"? At first I thought it was a typo for "perfect." If anything in a script makes me reach for a dictionary or encyclopedia, it's gone.

Cameos: Now I know this is a bit loopy, but the v. just kicked in and, frankly, it usually results in my best adaptation ideas (ever see "Bicentennial Man"?). So follow me here: Hogwarts is a school for witches and wizards. Therefore we need to cast ... Melissa Joan Hart! That's right, Sabrina the Teenage Witch meets Harry Potter, boy wizard! She doesn't necessarily need to play the same character, but her very presence will give the Internet fan boys a thrill. It's instant cinematic depth -- just add an ironically cast cameo.

Wait, almost forgot -- ABC is your competition. So maybe somebody from the WB instead? Buffy perhaps? In fact, while we're at it, why not make her a full-fledged love interest? From where I'm standing, one of the big flaws in the dead-tree version of "Sorcerer's Stone" is that the kid seems totally uninterested in girls. I realize Potter is only 11 or something, but the couple can at least hold hands, or maybe she can kiss his cheek. Even better: Have her kiss his lightning-shaped forehead scar, making his ugly shame a thing of beauty. I can already visualize the amber hues ...

Marketing tie-ins: Our cooperative crossovers will make "The Phantom Menace" look like "Yentl." For the kids meal, we should definitely sign McDonald's. (Hmm, do they sell any pork products? Maybe they can create something special, like pork-based "Hogwarts McNuggets"?) I think we should also push Harry Potter educational items for use in public schools -- "Harry Potter's Spells for Spelling," that sort of thing.

Controversy: Been considering your worries re: protests. You're right, the last thing we need is uptight Falwell followers picketing cineplexes. So I've come up with a couple of script adds, nothing major, just some subtle fix-its. First, let's have Potter wear a crucifix throughout the film. Also, just before he confronts the evil Voldemort, let's have him say a tearful prayer asking for help and guidance. (I know it sounds cheesy, but when Culkin took refuge in his local church in "Home Alone," our preview scores shot through the roof!) As previously discussed, I'll balance all the sorcery talk by maintaining a lighthearted look-feel.

Bottom line: As the kids say, "It's all good!" If every Potter fan sees "Sorcerer's Stone" just once, we're in the black. The only thing I need from you is a minor expansion of the CGI effects budget. It goes without saying that eye-catching digital effects are essential to success. Remember: Moviemaking is just like parenting -- when in doubt, you distract, distract, distract.

P.S. Any news on obtaining the rights to "The Lion, the Witch and the Wardrobe"? I'm thinking James Earl Jones as the voice of Aslan and Britney Spears as Lucy.

James Hibberd is a staff writer at the Westword weekly in Denver.