Is this indictment of Jewish lobby groups a righteous battle cry or something more sinister? 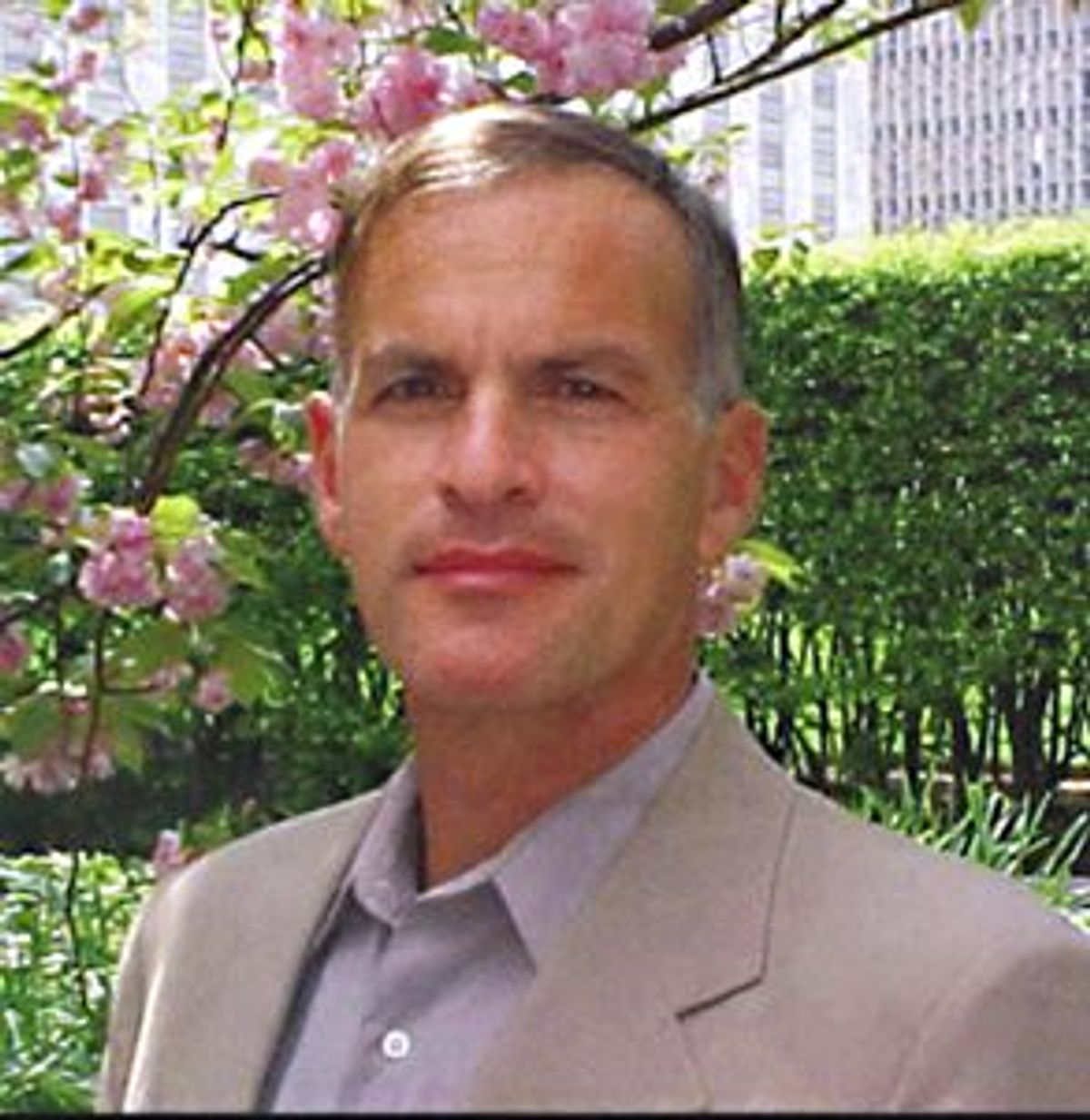 How Norman Finkelstein must have groaned when he read the words of Hadassah Lieberman, wife of the Democratic vice presidential nominee, as she addressed a crowd of Democratic Party supporters at the War Memorial in Tennessee earlier this month. The memorial, she told the audience, with her husband, Joseph, and Vice President Al Gore standing by, commemorates "the American heroes, the soldiers who actually liberated my mother in Dachau and Auschwitz."

As the New York Times gently pointed out, the memorial actually commemorates the 3,400 Tennesseans who died in World War I; and it was the Russians, not the Americans, who liberated Auschwitz. Even more enraging to Finkelstein, no doubt, was this comment from Hadassah Lieberman's friend, Mindy Weisel, who told the Times: "I think her background as a [Holocaust] survivor's daughter has given her a humanity that a lot of people don't have."

For Finkelstein, such cavalier inaccuracies and holier-than-thou allusions are classic outgrowths of a phenomenon that has transformed the Nazi atrocities against the Jews of Europe into a largely American-driven myth designed to serve the narrow interests of homegrown Jewish elites. The avalanche of books, movies, Holocaust memorials, university chairs, high school courses -- and most recently the "shakedown" of Swiss banks and German insurance companies on the issue of reparations for Jewish wartime victims -- is all part of a corrupt "Holocaust industry" that needs to be exposed and put out of business so that the dead of Auschwitz and Treblinka can finally rest in peace.

Finkelstein is not the first to explore this theme. American, British and Israeli scholars and critics have been saying something similar over the past few years, most notably Peter Novick of the University of Chicago, whose highly regarded 1999 book, "The Holocaust in American Life," is about to be reissued in paperback. But where Novick and others bring substance, reason and some empathy to the discomforting issue, Finkelstein brings rage, dogma and ultimately a deep unpleasantness.

Finkelstein's argument goes like this: Postwar Americans, including American Jews, appeared to know little and care even less about the Nazi Holocaust. Echoing points made by Novick, Finkelstein argues that Jews were more concerned about integrating fully into American life than about harping on a dreadful historical episode that would set them apart both as an ethnic group outside the mainstream and, worse, as victims.

What changed? According to Finkelstein, U.S. foreign policy interests in the Middle East, beginning in the aftermath of the 1967 Six Day War, made a pronounced tilt toward Israel, a tilt cheered by powerful Jewish lobby groups always on the lookout for fresh fundraising angles. And what better way to lash Jews (and non-Jews) to the mast of a pro-Israel foreign policy -- encouraged in the 1970s by right-wing Israeli governments seeking to deflect attention from their own egregious treatment of the Palestinians -- than to warn darkly that Arab hostility to Israel threatened to explode into a second Final Solution? And what better way to effect that than with an avalanche of Holocaust propaganda and liberal doses of moral blackmail, foisted upon Jew and non-Jew alike by such Holocaust self-dramatizers as Elie Wiesel, reminding us everywhere of the uniqueness, unforgivability and ever-possible reappearance of the death camps of decades ago?

The Holocaust industry's latest frontier, says Finkelstein, is cold cash. The drive for reparations, headed up by organizations such as the World Jewish Congress and the Jewish Material Claims Conference, constitutes nothing less than a "double shakedown" under the guise of recovering assets belonging to and otherwise compensating Jewish victims and survivors of the Nazis. Employing the services of politically connected lawyers like former Republican Sen. Alfonse D'Amato and former Secretary of State Lawrence Eagleburger, these organizations, charges Finkelstein, have grossly exaggerated the number of Jewish survivors while using outright political threats against European governments and institutions. The money itself has gone not to the victims (who include Finkelstein's mother, a survivor of the Warsaw ghetto, who received a paltry $3,500) but to various "institutes," "memorials" and "Holocaust education" projects and to assist Jewish emigration from Eastern Europe.

The reparations issue is the most detailed and troubling section of Finkelstein's short book. Recent reports that $400 million has been paid to U.S. accounting firms such as Arthur Andersen, KPMG and Price Waterhouse, which charged sky-high auditing fees in connection with the international investigation of Swiss banks, lend credence to many of his charges.

On a broader level, Finkelstein is justified in questioning the authenticity of the emotional and other claims staked by Holocaust keepers of the flame. The memory of this singular event has too often been soiled by vulgarity, political calculation, hypocrisy and greed. Former Israeli Foreign Secretary Abba Eban long ago observed: "There's no business like Shoah business." But Finkelstein's swings are so wild and his tone so vitriolic as to raise doubts about his agenda, and even about that which may lie deeper in his heart.

On the issue of reparations, he barely acknowledges the wrongs committed by the Swiss and German institutions -- the burying of Jewish bank accounts, the use of slave labor -- that gave rise to the recent reparations drive. The fear that the reparations will not wind up in the hands of those who need and deserve them most is a legitimate concern. But the idea that survivors have been routinely swindled by Jewish institutions is a gross distortion. The chief reason why survivors have so far seen nothing of the $1.25 billion Swiss settlement, reached in 1998, is that U.S. courts have yet to rule on a method of distribution. On other reparations and compensation settlements, the Claims Conference, a particular bjte noire of Finkelstein, says that it distributed approximately $220 million to individual survivors in 1999 alone.

Other Finkelstein generalizations are as absurd as they are sweeping, and do a great disservice to the serious and enlightening scholarship that has been produced by Holocaust writers over the past 40 years. Thus Daniel Jonah Goldhagen's "Hitler's Willing Executioners," which explains the extermination of the Jews as an outgrowth of purely German anti-Semitism, Finkelstein asserts, is "standard Holocaust dogma," when in fact it has been furiously disputed by other Holocaust historians. "Fragments," the wholly fictitious account of a child survivor by Binjamin Wilkormirski, Finkelstein adds, is "the archetypal Holocaust memoir," ignoring major contributions from survivors such as Primo Levi ("The Drowned and the Saved") and German Jewish observers like Victor Klemperer ("I Will Bear Witness: A Diary of the Nazi Years"), both published when the so-called Holocaust industry was supposedly in full flourish.

An ideologue of the left, Finkelstein takes predictable swipes at the "criminal policies of the Israeli state," backed, naturally, by an imperialist U.S. foreign policy. Never mind that U.S. administrations and Jewish interest groups in fact have often been at odds, especially during the Bush administration, Finkelstein insists on seeing "elites" everywhere, notably those of the Jewish persuasion, "marching in lockstep with American power." These elites, the hidden hand of "organized American Jewry" behind the Holocaust industry, have one goal: not the teaching of history but the furthering of "Jewish aggrandizement."

Finkelstein employs such sentiments and language, so associated with standard anti-Semitism, quite freely. Not only might historical anti-Semitism be "grounded in a real conflict of interests" (a classic formulation of Stalinesque leftism), but the Jews, in Finkelstein's view, are often to blame for it. The pursuit of reparations, in another of Finkelstein's wild and baseless charges, "has become the main fomenter of anti-Semitism in Europe." His assertions become ever more rancid: Israelis and American Jews are nowadays the great oppressors -- "lording it over those least able to defend themselves" -- the former over Palestinians, the latter over American blacks. Holocaust denial is also the fault of the Jews. "Given the nonsense churned out daily by the Holocaust Industry," Finkelstein writes, "the wonder is that there are so few skeptics."

Finkelstein is quick to remind us of his credentials as a child of survivors. Nevertheless his distrust of and distaste for his co-religionists are rather apparent. In a telephone interview with a British publication recently he said: "I'm not exaggerating when I say that one out of three Jews you stop in the street in New York will claim to be a survivor." Particularly irksome are those "arriviste and shtetl-chauvinist Jews of Eastern European descent like New York City mayor Edward Koch and (former) New York Times Executive Editor A.M. Rosenthal," whom Finkelstein holds largely responsible for the Holocaust industry and all its foul works.

In the end, Finkelstein acknowledges the "staggering dimensions of Hitler's Final Solution," seeking merely to restore the phenomenon "as a rational subject of inquiry." But what we have here, ultimately, is a rather rancid settling of personal and ideological scores. How that furthers rational inquiry is hard to see. And if truly, as he states at the very end, he wishes for nothing more than for the vanquished to "finally, rest in peace," he might ask himself how his own rage and dogma will help them achieve that.