Getting together in "Liberty Heights"

This film shows the wistfulness of young and integrated sexuality in the 1950s. 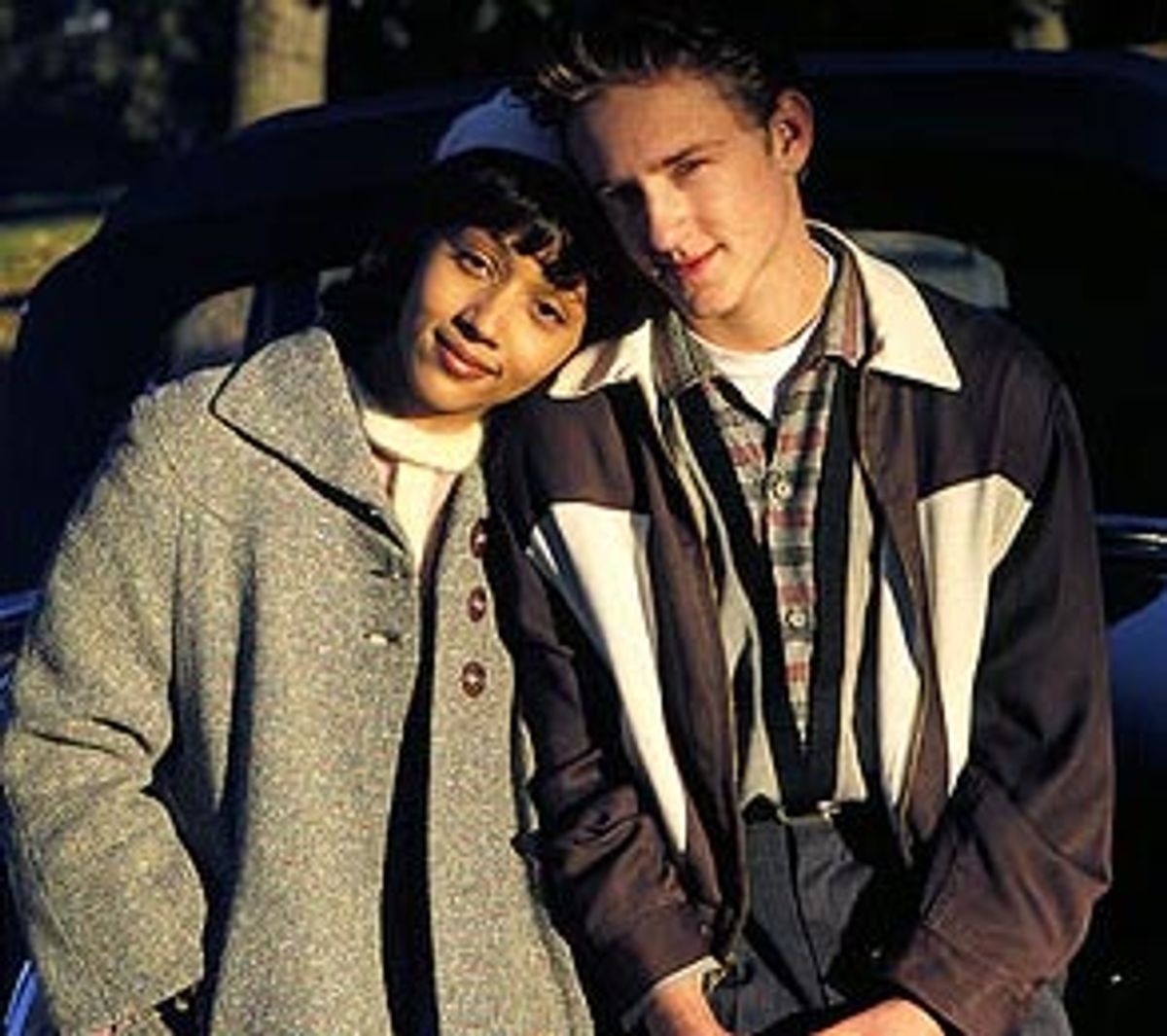 Barry Levinson's "Liberty Heights" came and went so quickly last year I wouldn't be surprised if readers haven't heard of it. Looking at it again, recently, I was struck by the wistful delicacy of a couple of attempted love scenes and the way they conveyed how awkwardly some of us came of age, or struggled in the dark, in the 1950s.

The time is 1954, in Baltimore. Ben and Van are brothers, and Jewish -- Ben is in high school still, where he's attracted to Sylvia, a black girl in his newly integrated class. Van is a couple of years older, but not much more sexually experienced than his younger brother. He sees a young woman, Dubbie, at a party. That plain name sits oddly on a beauty like Grace Kelly. She's dressed as a fairy princess at the party. She waves her wand and kisses Van, the very thing he dreamed of. He's smitten, but he doesn't know who she is or where to find her.

One day after school, Ben gets on Sylvia's bus, starts talking to her, and walks her home (in wealthy suburbia) until Sylvia sends him off in case her father sees her with a white boy. But the friendship grows, and one day Sylvia takes Ben home to listen to her records -- black rhythm and blues on the eve of rock 'n' roll. The boy's mind is opened up, and Ben likes Sylvia a lot. When she reaches across him to pick up a record sleeve, he cannot help himself -- he comes in his pants. The matter-of-fact talk between the kids about this awkward explosion is one of the best true sex scenes I've found in ages: innocent, awed, patient, would-be worldly and quite chaste. But a perfect expression of all the problems vibrant kids face when told to deny their nature.

Van finally gets to Dubbie. They're out late one night. She's drinking. He's heard already from her older boyfriend that she's a case, a problem. But she suggests a motel, and he's star-struck. They're together at last, but she's too far gone on booze just to dissolve in his arms. She is into her depression, her problem. Van has no idea how to handle her. She throws up in the bathroom, and asks in a ruined voice how much he likes her now. Again, I was struck by the pain in the boy who, ready to grasp paradise, begins to see that his woman is neurotic, a life of unhappiness.

Sylvia's father has warned her to keep away from Ben. But they have sneaked away to a James Brown concert together. Come graduation day, he's in black robes, she's in white. Jewish and black parents stand at different ends of the hall. It's 1955 now: Rock is here and civil rights turmoil is coming. Sylvia is going to college, a black school. Maybe they will never meet again; maybe they'll reunite on the road to Selma or somewhere. But they take it on themselves to walk away from their parents -- "just a minute" they both say -- to make a farewell. And they exchange one modest kiss. Levinson films the scene in such a way that two sets of jittery parents mimic each other's alarmed gestures. It takes you back to a day when young people tried to ease away their innocence of sex -- and when Grace Kelly and Dorothy Dandridge were up there on the screen in their own kind of loneliness.