A doctor assails obstetric care in America as absurd, expensive and dysfunctional. 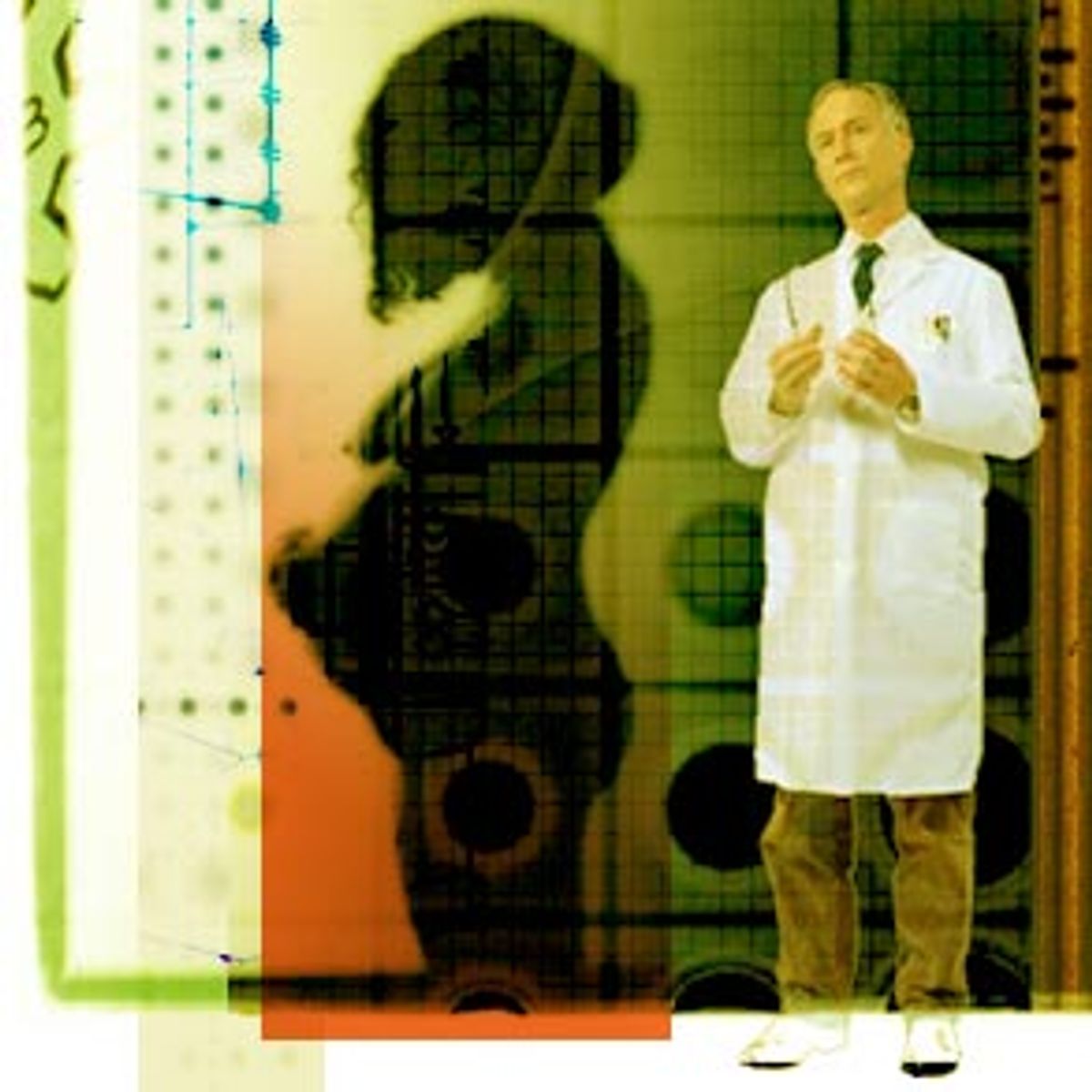 In a time of so many gleeful blasphemers and so few sacred cows, it was bound to happen. Most of the tempting marks have already been hit -- America (agent of global capitalism), baseball (strikes, spitting, Daryl Strawberry), even apple pie (Alar-tainted apples, cholesterol-laden crust) -- but there's one still standing: Mom.

It's a formidable target, and in his new book, "Expecting Trouble," Dr. Thomas Strong takes on just one of the cherished myths of motherhood: the idea that prenatal care is on the whole a useful and desirable thing. There's no glee in the judgment Strong delivers -- he is deliberate, grave, almost sorrowful -- but there's no mercy, either. "Much of what passes for prenatal care in this country is unduly expensive, unnecessarily high-tech and serves no beneficial purpose," he declares, "consisting of little more than a string of pointless, largely ceremonial clinic visits which infrequently avert the conditions we most want our babies to avoid."

In an act of admirable honesty, or professional masochism, this second-generation obstetrician is particularly hard on his own specialty: His colleagues are too little concerned with patients, too taken with toys and gadgets and charge inflated fees for work that nurse-midwives could do just as well. "Obstetricians," he announces, "are to routine prenatal care what neurosurgeons are to simple headaches: overkill."

The crux of the problem, he says, is that we've turned a natural, normal condition -- pregnancy -- into a disease requiring doctors' intervention. Expectant mothers are "considered sick until proven otherwise," their pregnancies regarded as problems waiting to happen. The fact that they proceed perfectly well 97 percent of the time allows obstetricians to claim credit they haven't earned, but also obscures the grim truth that when things go wrong there's often little medicine can do. It's a deeply unsettling message: We'd all like to think that our doctors are firmly in control and not, in Strong's ruthless phrase, "hapless bystanders" -- "heroes if all goes well or malpractice defendants if it doesn't."

Our need to believe that prenatal care really works has led us to rewrite the history of public health, says Strong. Falling rates of maternal death over the past century are often attributed to the spread of such care, when really they're the result of more general medical advances, like improvements in surgical and blood-transfusion techniques and the development of antibiotics. In our own time, prenatal care is promoted as an answer to poverty, particularly among teenage mothers, but, as Strong notes, the problems of the poor are far too complex and deeply rooted to be addressed by a handful of visits to a clinic. In any case, those who would make prenatal care universally available are merely improving access "to a system that doesn't work," he states bluntly.

That system, in Strong's view, is set up to benefit obstetricians, managed-care companies, malpractice lawyers -- everyone but mothers and their babies. The results show up in disturbing national statistics: The United States ranks 31st among developed nations in its rate of low-birth-weight babies; 22 industrialized countries have infant mortality rates that are lower than that of the U.S.

"It is in the United States, where care is provided with such high-tech flourish, that pregnancy outcomes are among the worst," Strong concludes. "We spend more for it, provide more of it and have intensified it more than any nation on Earth. In return, our prematurity, low-birth-weight and very low-birth-weight rates have accelerated."

The author has a long list of proposed remedies, most of which boil down to this: "What is needed is a prenatal care system that is simpler, less medicalized and more widely distributed throughout our communities."

Strong isn't opposed to prenatal care itself, he emphasizes, just the form it currently takes. He'd like to see more smaller clinics, in convenient places like malls, churches and community centers. Such clinics would be open nights and weekends, and would be staffed with nurse-midwives rather than expensive obstetricians. He would reduce the number of visits required of women with low-risk pregnancies and would initiate malpractice reform, limiting damage awards and lawyers' contingency fees.

All reasonable recommendations, and yet there's something about Strong's exhortations that chafe and arouse resistance. He's pushing for a more humane kind of care, but his own manner is coldly austere, almost puritanical. In his zeal to prosecute doctors with high-profit practices, he shuns all hint of pleasure or sensuality, even ridiculing a magazine article that describes a prenatal clinic's "comfortable, feminine, attractively decorated offices."

Likewise, Strong can see no rationale for using the tools of obstetrics for anything other than strict medical necessity. "Everybody likes ultrasound -- especially pregnant mothers," he concedes. "But obstetric ultrasonography is frequently performed at the whim of obstetricians for no particular reason."

Apparently, a pregnant woman's pleasure and peace of mind at seeing her unborn baby don't rise to the level of a "particular reason." Patients' state of mind, in fact, seems entirely irrelevant to Strong, who bases his proposal to reduce prenatal visits on evidence that an increased number of visits does not translate into lower infant-mortality rates. Never mind that such sessions are used not only to provide medical care but to allow expectant mothers to ask questions and receive support and reassurance. These intangibles are of no interest to Strong, who prefers to peruse his tables and charts of pregnancy outcomes. Being pregnant, after all, is not like having a broken bone splinted or an appendix removed; it involves the utter transformation of one body in the creation of another, a profound and joyful outcome the rest of us know as a baby.