MP3.com goes to court with a tricky defense, alleging that Universal doesn't own the music it markets. 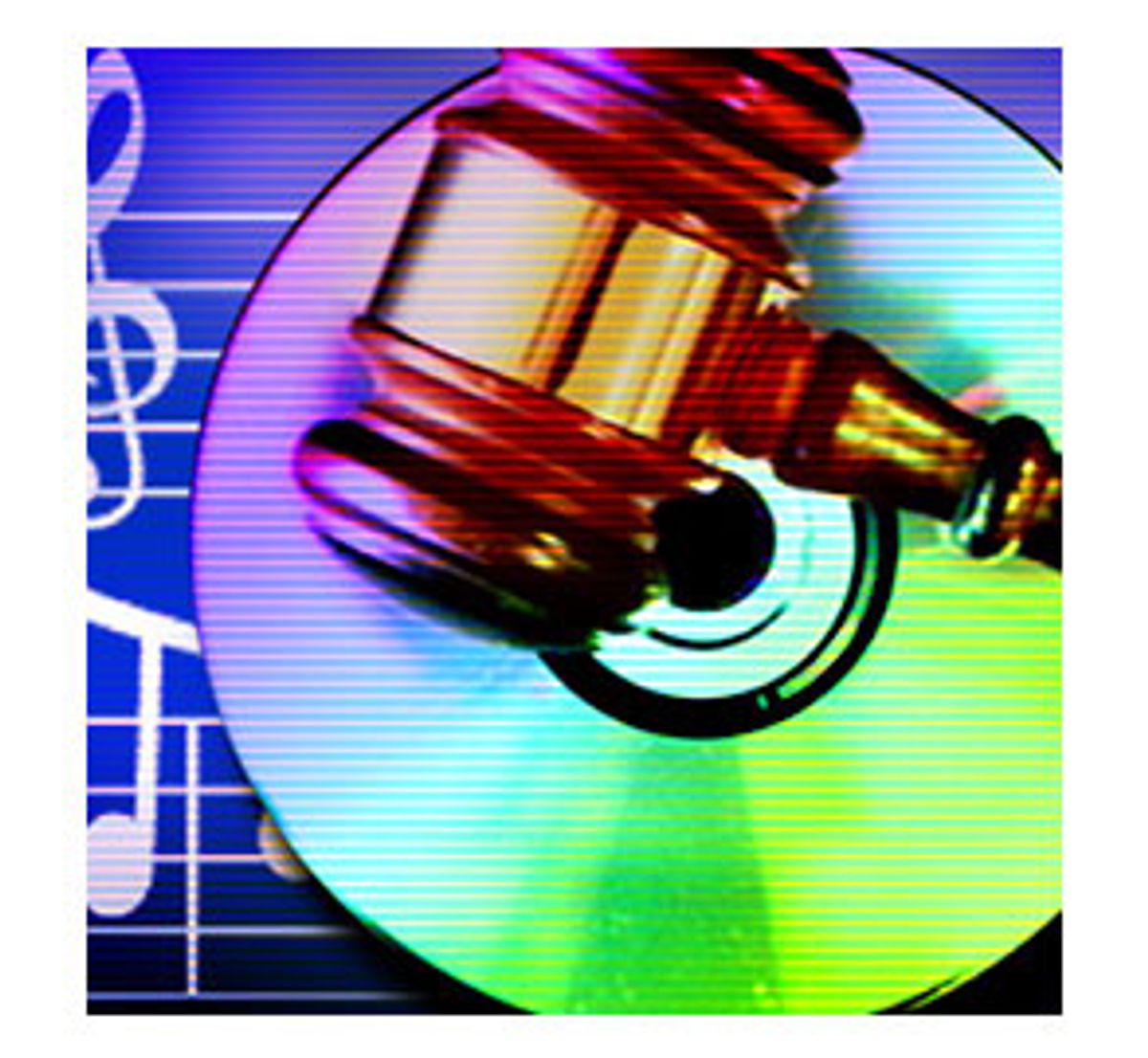 With Manhattan Federal District Judge Jed Rakoff ready to rule Wednesday on whether or not MP3.com committed willful copyright infringement when it made available nearly 5,000 Universal Music Group CDs without paying royalties to the label or its artists, the Internet music pioneer is already plotting its next move. And it's a contentious one.

Hoping to open a messy can of worms the major record labels just recently sealed shut, MP3.com will argue that Universal's claim of copyright is invalid because the major label registered the CDs as "works for hire," which means the music belongs exclusively to the record company, not the artist. MP3.com says that's an overstatement, and that Universal wrongfully claimed ownership rights it did not enjoy. In court Tuesday, Universal asked that MP3.com pay up to $450 million in damages for infringing its copyrights.

The work-for-hire topic has recently become a heated one, with artists adamant that they are not record company employees and that their music does not belong solely to the labels. Artists rallied around the cause this year when they discovered that the Recording Industry Association of America had quietly lobbied and won a small amendment to copyright law, labeling albums as works for hire. Congress is now in the process of repealing that amendment.

Copyright lawyers are split on whether MP3.com's work-for-hire strategy has legs, but the company is hoping the move will bring Universal to the bargaining table where the two sides might settle their case by hammering out a licensing agreement that would give MP3.com legal access to Universal's music. The fact is, in order to make a hit out of its My.MP3.com service, which allows users to instantly access digital versions of CDs via MP3.com's massive 80,000-CD library database, the company cannot afford to be without Universal's mighty music catalog, which is the biggest in the business. Without a licensing deal from Universal, My.MP3.com goes "right down the toilet," says one Internet analyst.

Launched in January, My.MP3.com allowed users who purchased a CD to instantly upload its contents into a free MP3.com locker, which users could then access at will online. MP3.com, though, never asked for the labels' permission, and never paid royalties. The company argued that the move fell under the "fair use" exemption of existing copyright law. In an April ruling, Rakoff ruled against MP3.com, setting off a round of negotiations, with MP3.com eventually reaching settlements and winning licensing deals with Time Warner Music Group, Sony Music, EMI Group and BMG Entertainment. The labels will reportedly receive $20 million in damages and the promise of future royalties for songs uploaded and listened to via My.MP3.com. Only Universal Music opted not to settle.

After concluding the damages portion of the trial last week, Rakoff will now determine the amount of statutory expenses MP3.com owes Universal; they could be anywhere from $750 to $150,000 per CD, depending on how "willful" MP3.com was in launching its service without getting the record companies' permission first. (MP3.com CEO Michael Robertson testified that he received legal advice last year about whether or not My.MP3.com would infringe copyrights but, citing attorney-client privilege, refused to say what that advice was.)

"My feeling is Wednesday's going to be good day for MP3," says Nitsan Hargile, senior Internet analyst for Kaufman Brothers. "Any amount under $5,000 per CD would be classified as a win." Anything in the $20,000-per-CD range, he says, would be "absolutely shocking." Hargile notes that MP3.com recently took a $150 million charge in order to pay damages, and the company still has $200 million in the bank.

Even with relatively low damages, Hargile says, it will be all for naught if MP3.com can't land a licensing agreement with Universal. "If a user uploads 100 CDs [to his My.MP3.com locker] and finds out 25 don't work," because they're Universal titles, "they're not going to be very happy," says the analyst. Wall Street wouldn't be happy either, since the beauty of the My.MP3.com service is that it would cover all the music anybody would want: one-stop shopping for online listening. (On the eve of the ruling, MP3.com was trading at $9, down from roughly $40 on the eve of My.MP3.com's launch.)

That's where MP3's work-for-hire card comes in. "It's a hand grenade, and a legitimate argument to make," says music and copyright attorney Jay Rosenthal with the Washington law firm Berliner, Corcoran & Rowe. "Work for hire is that old family member nobody at the labels wants to talk about. My prediction: This will settle the case."

Rosenthal explains that when labels register their albums with the Copyright Office in order to protect them from copyright infringement, they must detail the "name of authorship" and most write in "work for hire," meaning the company hired the artists to create the work and the work belongs exclusively to the record company. Under the 1976 Copyright Act though, sound recordings were not included among the nine categories of work for hire.

Instead, artists routinely assign ownership of their works to record companies in return for the chance to recapture those rights in 35 years.

Since current copyright law took effect in 1978, the first cases of artists reclaiming their rights could come in 2013. However, artists who plan to recapture their rights can give labels notice 10 years in advance, which means the first test case could arrive in 2003. It would be a test case because despite the current language of the copyright law, the music industry claims CDs are works for hire, and stands ready to take that question to court.

MP3.com now seems to be trying to turn its Universal Music suit into just such a work-for-hire test case.

"It's a technical nicety argument. But lawsuits often go off on technical niceties," says copyright attorney Arnie Lutzker of Lutzker and Lutzker in Washington.

Others classify My.MP3.com's legal maneuver as more like a desperate Hail Mary pass. "It will get them nowhere," says Ron Fierstein, who manages Shawn Colvin and Mary Chapin Carpenter, among others. "I don't think it has any implication because it's not material to this case," adds attorney Jay Cooper, who represents the Artists' Coalition, which formed this year to fight the RIAA's work-for-hire amendment. Cooper notes that either by work for hire or by artist assignment, the record companies own the master. "I think MP3.com is using whatever they can to cloud the issue."