He still gets around

Former Beach Boys genius Brian Wilson now lets us use the word "genius." It's all part of growing up. 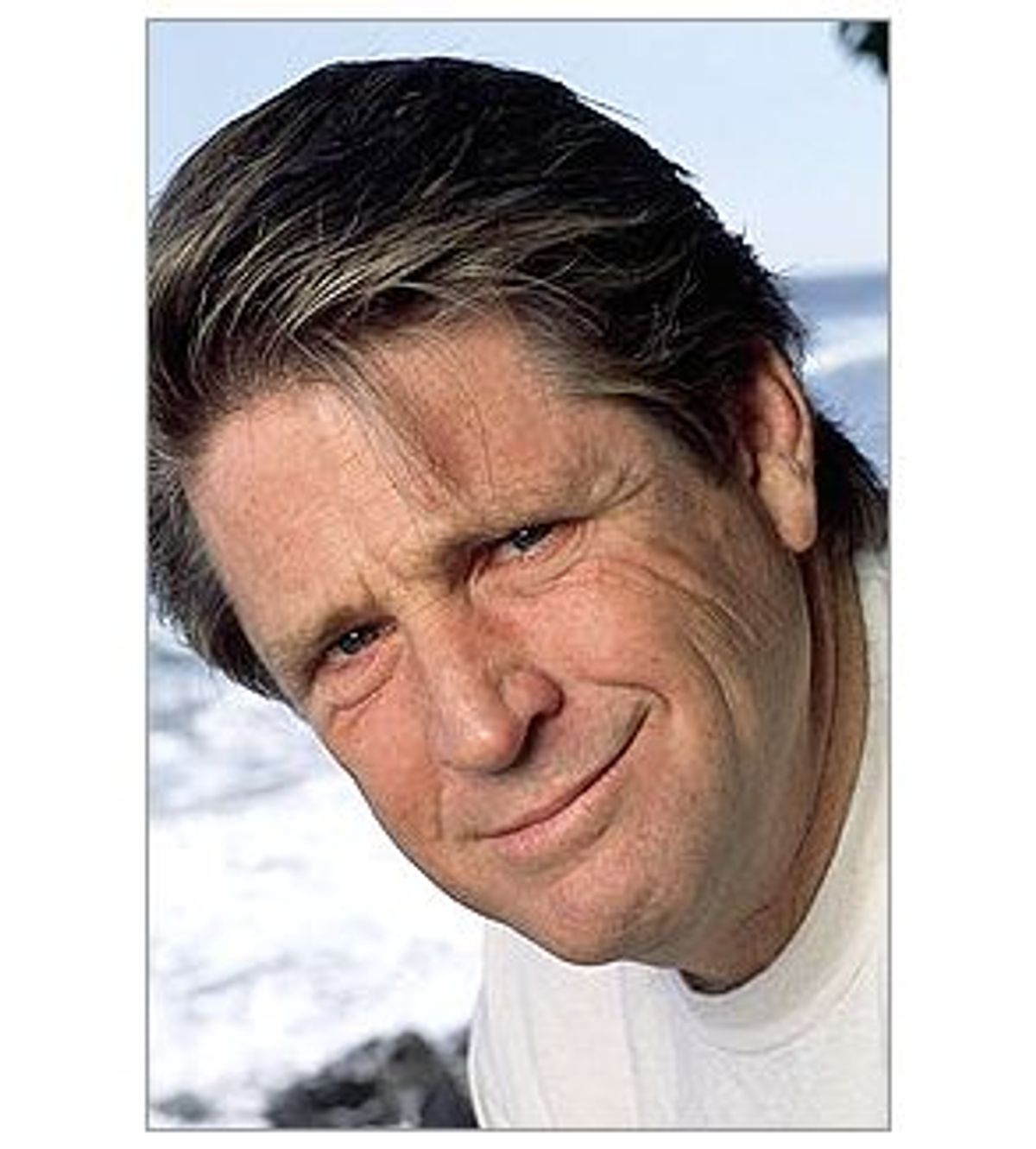 Tall and lean, with a cockeyed smile and hair more gray than brown these days, Brian Wilson is unassuming, authentic and full of the kind of purity of spirit that you can mistake for naiveti. As enthusiastic about mousse as he is about music, Wilson's personality is often compared to a child's -- something that must be reconciled with his years of severe drug addiction and schizophrenia, both of which he has under control now.

He has had the same favorite song for 40 years -- Phil Spector's "Be My Baby." ("I learn something new every time I listen to it.") When asked to recount acts of kindness, he offers people instead. ("My wife and my [four] daughters.") When asked about songwriting, he alternates between promises of having his best work forthcoming and claiming he can't top his history. ("I'll never be better than 'Pet Sounds,'" he said dismally. Then later, "I'm writing the best rock 'n' roll song you ever heard.")

With more than 35 albums to date, Wilson is one of the most successful and prolific pop songwriters of the past four decades -- the creative force behind Beach Boys' hits such as "California Girls," "Fun, Fun, Fun," "Little Deuce Coupe," "I Get Around," "Help Me, Rhonda," "Good Vibrations" and "Surfin Safari." Created in 1961 by Wilson; his two brothers, Dennis and Carl; his cousin, Mike Love; and his high school friend, Al Jardine, the Beach Boys defined California surf culture and brought it worldwide. Built on unique four- and five-part harmonies, their sound was fresh, original and in demand almost overnight. With record-breaking album sales, they were hailed more than once as the world's most popular band.

By the late '70s, however, Wilson's personal life was in shambles. He weighed more than 340 pounds. He rarely left his bedroom. He heard voices. He avoided the piano, and his songwriting attempts were shells of what they'd once been. Wilson underwent years of therapy, focusing on his weight, his stage fright, his father's physical and emotional abuse and his long-buried musical talent.

The bad years have been well publicized and these days Wilson tends toward the positives. Spreading love, he says, is his mission. He seems to have lost the ego of his youth and sees his success in the context of his 58 years -- making gold records, for example, is nowhere near as difficult as salvaging one's life.

I spent an afternoon recently with Wilson in his practice room, where an enormous piano in one corner and a large glass guitar sculpture ("I don't remember who gave it to me," he sheepishly claimed) were the sole testaments to a lifetime of musical accomplishment. He is ecstatic about his current tour, which, given his propensity for stage fright, is as rich a testimony to how far he has come as anything.

Toward the end of the interview, in recounting the places where he finds pleasure, Wilson confessed that his favorite food is chocolate. In fact, he said, since he mentioned it, he wanted to get some immediately. I was in the driveway obligingly fumbling for my car keys when Wilson shot past me into his Corvette with an energy like what he must have had in 1960, jamming in his parents' living room. Off he went in search of chocolate, leaving me grinning in his wake.

You talked in your autobiography about rock 'n' roll having the ability to liberate the soul. Is that still the mission of music for you?

Yeah. I'm living for my solo career right now. I don't have any intention of going back to the Beach Boys. I like where I'm at; I like the concert the way it is.

You've been using a whole orchestra, which must be incredibly complicated to deal with, especially since you're notorious for not liking the stage much.

I don't have to deal with it. I love it. The conductor tells them what to do and it's just a bigger sound, more sweet and lush. We have a theremin player onstage and he's fantastic. Wooweee [imitates the sound], it's a weird sound. It's really a thrill.

Are you writing right now?

Are you collaborating with anyone?

I'm writing alone now. It's more appropriate for the time. I'm in my own space.

Could you talk about some of the ways you approach songwriting today vs. when you first started?

The biggest difference is that then I was writing to get No. 1 records. I was writing to get hit songs. I had a No. 1 record complex in my head and I'd go to the piano with a little bit of a competitive feeling in my chest, and I would lean down into the piano and put everything I had into it. That's the way I used to write. Now I write on a much less energetic scale; I don't have as much total energy as I used to, so I take it slower and it takes longer to write a song. I think even if it could be a No. 1 song, it probably wouldn't be anyway because everything is so different now.

You mention in the book a sense of your own mortality, of reckoning with getting older. How do you feel now when you see 18- and 20-year-olds onstage?

Because I'm in my 50s. I don't know -- I just am. These young people have so much energy and I'm just jealous.

But don't you sacrifice youth for experience and wisdom?

I've never had anyone tell me that! I always looked at the downside of being older; I never saw the upside.

I always believed that when people go through all the shit that someone like you has, it opens up their capacity for the good stuff, too. Do you believe that?

Do you feel like you have a larger capacity for joy since that's happened?

Actually, yes. What's really given me some joy is my tour. It was raining in Birmingham, Ala., totally raining, when we did the concert. The rain just stopped right before we did the concert. We thought we were going to get rained out. And then when we got to Atlanta, Ga., it was foggy, pouring down rain the whole time. People had umbrellas and the people that didn't have umbrellas got just soaked. It was almost funny. And they were just there, all wet, shivering, and they stayed for the concert.

Do you think that you're going out there with a different sense of mission than you were 30 years ago?

Oh, much more! Yes. I consider myself to be a crusader of love. I try to spread love around the world as best I can because I know I have a handle on love. I'm trying to spread my love around a little bit. A lot of people need love.

What sort of reviews have you gotten from your friends or family or peers about the show? Not the reviewers, but those close to you?

Every night after the show they come and say, "Brian, the concerts get better every fucking night, how do you do it?" I say, "I'm scared. I have to do it."

Rejection and all that kind of stuff. I've had some of that in my life.

Rejection of you or your music?

Well, both. Mostly me.

I know you're uncomfortable with people calling you a genius.

Oh, now we can call you a genius?

Yeah, go ahead. I think I'm a vocal genius, not a musical genius. I like background vocals. I consider myself a voice, not a singer. A voice is a sound and singing is what you do with that sound. Have you heard that before?

No, I haven't. So you're part of a community of sound?

What's important to you when you sit down at the piano to write? When do you know you're on?

When I say, "Let's go to the piano," on a moment's hunch. That's when I know I'm OK. But if I say, "I wonder if I should go up and play the damn piano today," there's a difference. One's a little more inspired than the other.

But you must still play when you're not feeling inspired?

Right. I just play to play. I like the piano -- I'm always about 15 feet away from a piano.

When you wrote "Pet Sounds," you said it was the most personal album you'd ever done. Is your music today still at that level of intimacy?

Because the ... well, wait a minute. That's not true, actually, because I wrote a song called "How Can We Still Be Dancing?" It's a really good rock 'n' roll song and it's better than "Pet Sounds." It hasn't been recorded yet. I've written a handful of songs over the last five years, but lately, the last couple of years, I haven't been able to click at songwriting.

And will "How Can We Still Be Dancing?" be on the album you start in November?

I'll play a little of it for you. [Wilson goes to his piano and begins playing and singing an upbeat, rocking tune.]

Fabulous. I love it!

What is your hope for this album? Do the reviews matter? Do sales matter?

I don't read the reviews. I avoid them because I don't want to be depressed if they don't like it. My wife reads them. If they're bad, she'll tell me I need to sharpen up. She'll tell me I went flat on "California Girls," that sort of thing.

What can people expect of this new album?

Though you said you hadn't been writing for some time.

Yeah, a couple of years. I have this month off, then I start the tour again. I should write this month, shouldn't I?

Beyond music, where do you find pleasure in the world today?