The Mexican American Political Association may support the candidate who has lavished more attention on it. And that's not Al Gore. 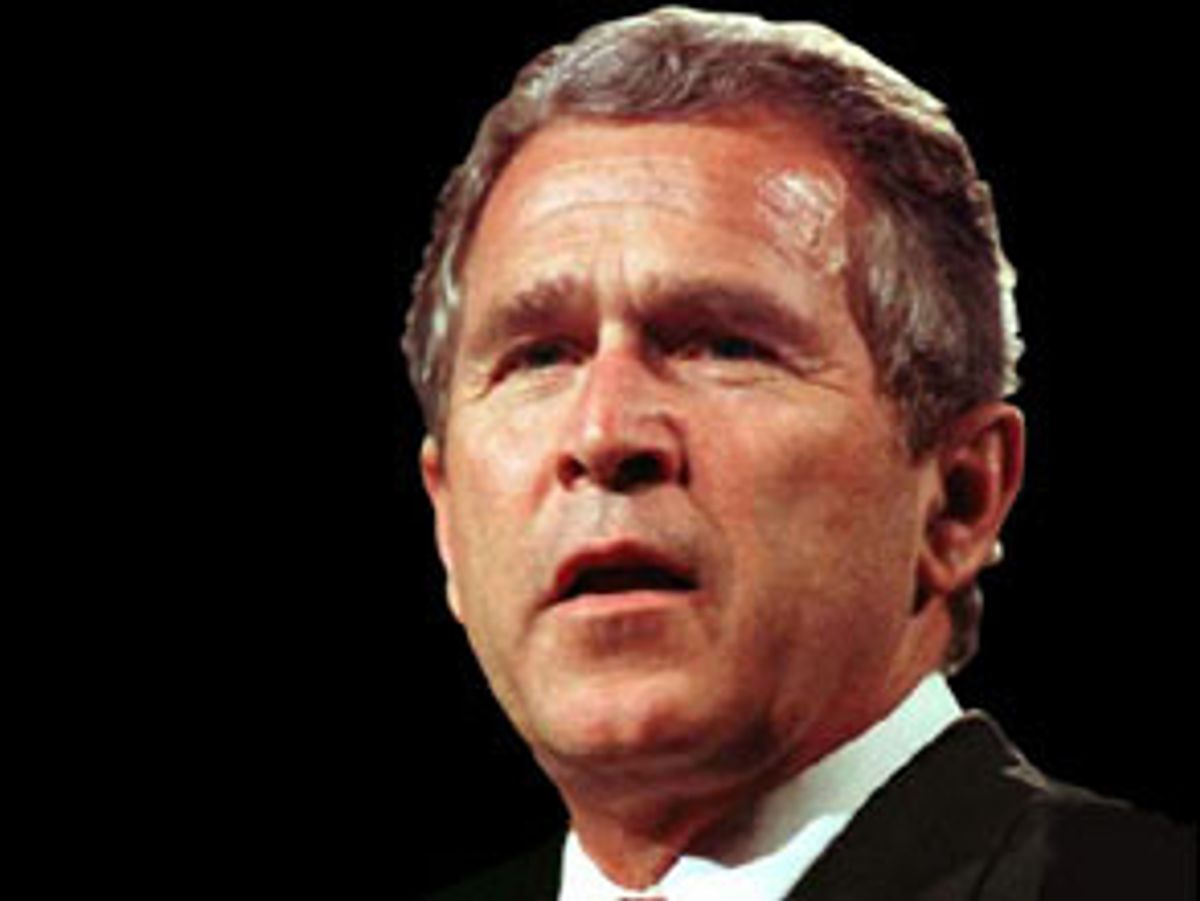 In what could be an embarrassing blow to Vice President Al Gore, Texas Gov. George W. Bush may be poised to steal an endorsement from a key Latino political organization Saturday. The Mexican American Political Association is scheduled to meet in Bakersfield, Calif., this weekend to endorse a presidential candidate, and the group's leader says the nod is up for grabs.

"I have no idea, it really could go either way at this point," says MAPA president Gloria Torres. "We're a bipartisan organization, though we've normally gone Democrat. But this endorsement, it's been kind of close."

One Republican close to the campaign said that the effort to stock MAPA with Bush supporters began more than a year ago: a plan that was deliberately conducted below the radar screen in hopes of stealing this endorsement out from under Gore's nose.

Torres said she knew of no such effort, but did acknowledge a change in the makeup of the group. "Actually, there has been quite a movement in the membership, as far as Republican delegates," she said. "We normally have endorsed Democrats, but we've had this movement toward Republican membership, especially this year."

Both Bush and Gore received the group's endorsement during the spring primary season. Republican sources say Bush has been working hard to earn the group's endorsement, and has made a concerted effort to get Bush supporters to join the organization. While Torres said MAPA has more than 1,500 active members, a small crowd of about 200 is expected this weekend. That means any candidate who receives 100 or so votes could walk away with the nomination.

MAPA is one of the oldest Latino political organizations in the country. Founded in 1959, it has largely been seen as a Democratic organization, working on voter education and mobilization.

A MAPA endorsement for Bush would be a black eye for the Gore campaign. But even if that does happen, Gore spokesman Jano Cabrera says, it would not be the end of the world. "Should George W. Bush receive this endorsement, it certainly wouldn't reflect the fact that he's the best candidate with the best agenda for the Latino community," Cabrera said.

Though neither Bush nor Gore will attend the convention this weekend, both will send key surrogates. Bush is sending surrogate Rep. Henry Bonilla, R-Texas, the state's highest-ranking Latino Republican elected official. Originally, Tipper Gore was scheduled to attend, according to Torres. Then, she said, the campaign promised to either send Gore's daughter Karenna, or Energy Secretary Bill Richardson. As of Friday evening, the Gore campaign still wasn't sure who it would send.

Bush officials acknowledge they have worked hard to secure the endorsement, and Republican National Committee spokeswoman Leslie Sanchez said that many Latinos who have been itching to get involved with the Bush campaign have been pointed toward MAPA. But Bush California spokeswoman Lindsey Kozberg said that if Bush walks away with the endorsement "it would be a huge surprise."

When asked if the Bush campaign had effectively stacked the deck at this weekend's convention, Kozberg said only, "There has been an extensive grass-roots effort by Latino leaders throughout California. We have a dedicated group of Latino leaders working on the campaign nonstop since the primary."

The MAPA endorsement may have as much to do with the level of genuflection candidates make to the organization as it does a candidate's policy statements on Latino groups. Torres said she would like the candidates to come in person, and hinted there could be some bitterness among the convention delegates this weekend that Gore is not even sending a prominent surrogate.

"That definitely has an effect," she said. "MAPA has normally had a policy of no show, no endorsement. Over the last couple of elections, that's changed, but normally when a candidate doesn't show up, the discussion gets quite heated. Candidates need to respect the organization. We're the only Latino organization that endorses, and I believe that they need to take us seriously."

Torres added that the group has a good relationship with the Bush campaign, unlike Republican campaigns in the past. "From what I've seen, they're bending over backwards to accommodate us. It's highly unusual," she said. "It wasn't the same response with Dole at all. In '96, we were pretty much ignored."