With blown-out tires and wildfires passing as big stories, news-junkie networks are jonesing. 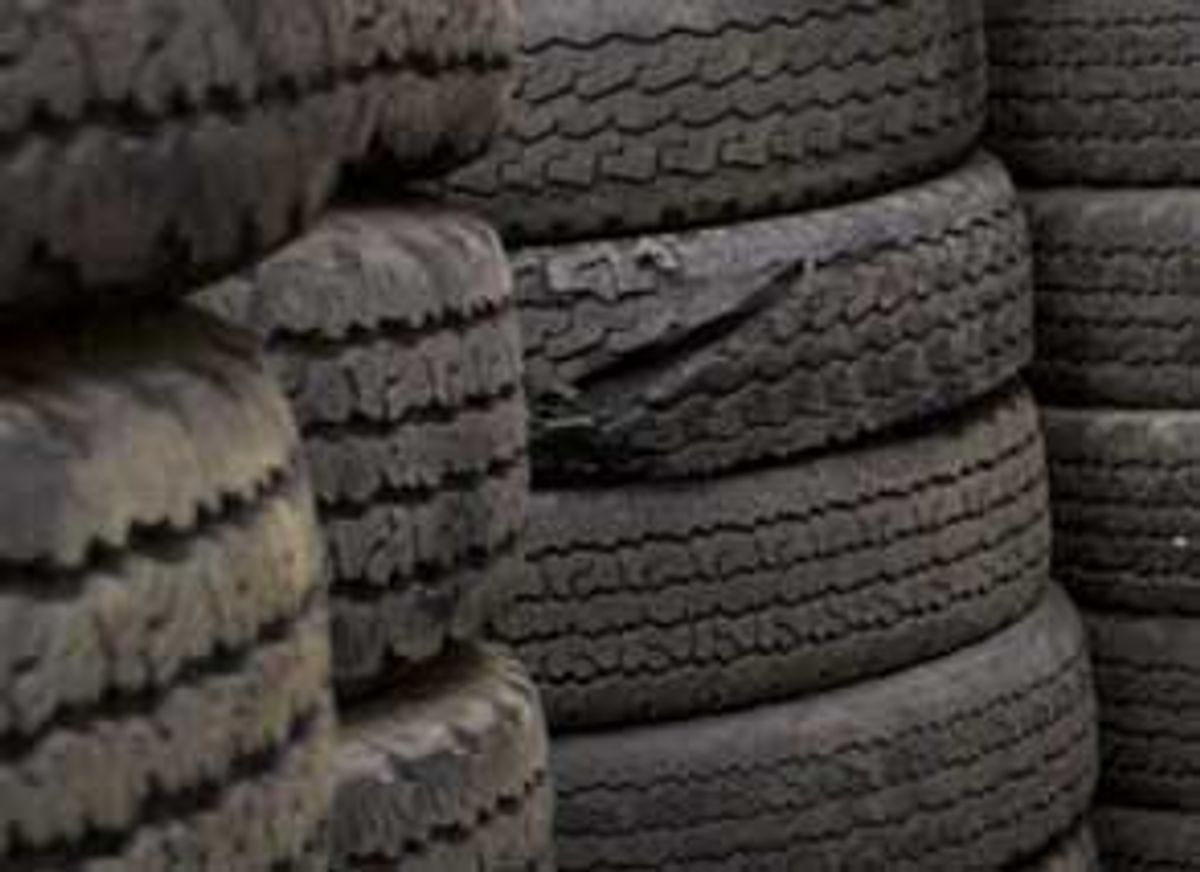 What's a newshound to do? Limping out of one of the slowest news summers in memory, one in which a rash of wildfires and blown car tires passed as Big Events, television's 24-hour news channels are hoping for the dam to burst and unleash a torrent of must-see stories.

The slow cycles aren't just boring, they're potentially damaging -- for news execs. CNN's U.S. chief Rick Kaplan was ousted last week for failing to deliver on his primary mandate: to attract viewers to CNN when there was no head-turning news.

When Kaplan arrived in '97, CNN averaged 970,000 viewers in prime time. By the end of this year's second quarter that number had plunged to 511,000. For total viewers, not just those in prime time, CNN now averages just 288,000. As for "Newsstand," the so-called appointment viewing magazine show Kaplan created to lure viewers week after week, regardless of what was in the headlines, in April of 1999 it attracted 1.2 million viewers. Today it's closer to 400,000.

At the time of his ouster Kaplan bemoaned the lack of hot news stories. True, but since Kaplan's arrival at CNN in August of 1997, the programmer reaped the benefits of an astonishing run of blockbuster stories that captivated viewers for days, weeks, sometimes even months at a time. "He can't have it both ways," says one CNN news source. The problem, suggests the staffer, is that "CNN hasn't figured out a way to keep a remote level of interest in between those big events."

Television news has become a boom-bust business. Recently, the boom events have included a made-for-TV White House sex scandal, the Columbine killings, Baghdad bombings, the mysterious downing of EgyptAir Flight 800, the JonBenet Ramsey murder, the war in Kosovo as well as the shocking deaths of Princess Di and John F. Kennedy Jr.

For a 24/7 news outlet those stories were priceless. Just look at the White House scandal. Considering an all-news channel averaged four hours of Clinton/Lewinsky/impeachment coverage each day (and that's being conservative), that one story accounted for 1,500 hours of programming during its 13-month life. Fact is, there's probably not a single breaking news story this year that's garnered even 150 hours of coverage to date.

So Kaplan was clearly onto something. The times have been strangely quiet.

"I've been a broadcast journalist for a quarter of a century and I've never seen a slower period," says Erik Sorenson, MSNBC's vice president and general manager. "There is really no comparison in our lifetime."

Yes, news channels have used the 2000 election as a platform for endless programming this year to create the appearance of a Big Story. But scheduled elections hardly pass as breaking news.

For July, ratings at the three cable news channels were off badly from the same time last year, with CNN down 75 percent, Fox off 20 percent, and MSNBC down 33 percent. (The numbers were slightly better for August, thanks almost entirely to the eight days of programming provided by the Republican and Democratic conventions.)

So what happened to the news cycle? Well, for instance, the once unbeatable Hillary Clinton vs. Rudy Giuliani Senate race was sidetracked when New York's mayor bowed out. Now even local political junkies are begging for someone to pull the plug on the dreadfully boring showdown.

Runaway Midwest gasoline prices, which peaked at nearly $2.50 early in this summer and had consumers crying foul, slowly came back to earth. The marathon Mideast peace talks hosted by President Clinton turned out to be a programming flop. Even the riveting tale of the doomed Russian submarine Kursk proved to be a bust; no good pictures for television to use, just file footage of choppy seas suggesting where the sub went down.

Napster's revolutionary file-swapping technology certainly emerged as a media phenomenon, garnering massive coverage. But TV's all-news channels couldn't figure out how to frame a debate about intellectual property and copyright infringement as sexy and exciting.

"There's nothing you can do about it," says Dennis Murray, executive producer at Fox News. "You can't make up the news."

Hollywood usually manufactures a few water-cooler stories, as fans flock to blockbusters ("The Sixth Sense") or oddball hits ("The Blair Witch Project"). Not this summer, which hosted flop after flop and generated almost zero buzz.

An historic home run derby sponsored by major league baseball? Forget about it. Tiger Woods had to fill in for Mark McGwire and Sammy Sosa as this summers' sports icon. Problem was Woods rarely performed in prime time, appealed to a much narrower audience, and, unlike Sosa and McGwire, Woods actually drained big events of suspense since everybody knew who'd win.

Even the Olympics, by waiting until September to open this year's games instead of its more traditional month of August, left summer news junkies starved.

It all explains why Time magazine didn't feature a single cover story this summer linked to breaking news. (Again, choreographed political conventions hardly qualify as spontaneous news events.) Instead the venerable weekly offered up lots of prepackaged cover pieces on scintillating topics such as genome research.

Slow news may put a temporary crimp in newsstand sales, but weeklies like Time and daily newspapers have the benefit of subscribers on board for the whole year, regardless of how long those quiet stretches last. News channels have no such luxury.

"There's nothing we can do about it," says Murray at Fox News.

Except hope for a new, improved news cycle.