The girls from a certain city in Colombia are known for their allure, but why are they so special? 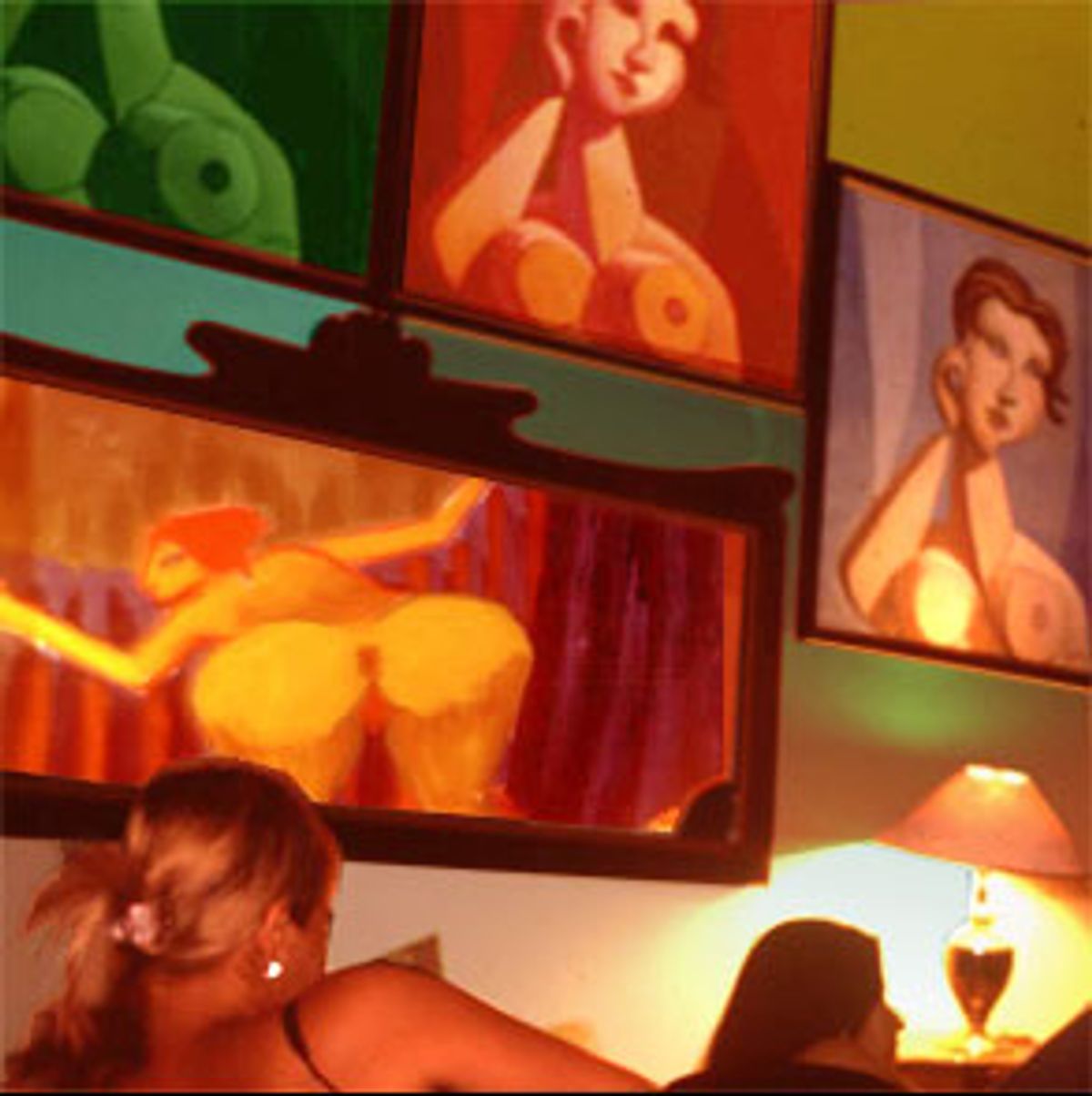 I'll always remember the first weekend of what has been seven years in this city of 2 million people -- and almost as many palm trees. We were standing on a hill overlooking the valley where Cali was built almost 500 years ago, the brother of a girl I was crazy about and I. I had left everything but a box of books and a backpack in Brooklyn, N.Y., to live here. With the tone of someone telling you everything you need to know to get along in a new place, Josi told me, "Cali, more than anything, is a city that's always arrecha."

But the sister had other plans. She dumped me a week later, and I was on my own. Still, the guy was right. And it wasn't just his sister, as I soon found out. Although this city usually appears in the U.S. press for one thing only, it is also famous around the world for its women, known as caleqas. This fame has grown progressively over the past 100 years, as demographic and social forces have produced a racial mix perhaps unique in Latin America -- outside of Brazil, whose girl from Ipanema is also legendary.

The list goes on. Which I guess is why everyone's so hot to trot all the time. So, after seven years of looking at this city's 5 o'clock breeze lift miniskirts, I decided to look into the mystique surrounding women from Cali -- what's it all about and what it means.

I started at one of the marriage agencies that have sprouted up over the past decade or so. Around 5,000 women are enrolled in nearly a dozen agencies -- twice as many as in other cities in Colombia, including Bogota, the capital. The idea is to match up caleqas with foreign men, mostly from the United States. What makes their product so successful?

Harold Castillo is the co-owner of Elite, the Personal Encounters Agency. It is a small agency, with an office the size of a big closet, and new, with only 150 girls enrolled after three months in business. But Castillo has extolled the virtues of local women for years; he used to work for what he says is the biggest and oldest agency, with 15 years in the business, TLC. So I looked him up.

What does he tell American men about his women from Cali, some of whom are smiling into the camera in an album on his desk? "That they're young, warm, traditional, thin, outgoing and one-man women," said Castillo. That sounded to me as if it could be said of a lot of women from this part of the world. He strung out more adjectives: "They're known as the most beautiful, since this city has been more a melting pot than others, with African, indigenous and Spanish blood. Plus, they like to flirt, they're always in a good mood and they love to dance all the time."

But are they really more beautiful? "Here, even the ugly ones think they're good-looking," said Castillo, warming up to the topic. "If they're hanging out with three or four others, they dress to get the guy's attention, even if they're not attractive. They find a way ..."

I soon stood to leave Castillo's office; he pointed at the open album of photos and asked if I wanted to meet one of the ladies that night. I said maybe tomorrow and headed to the street thinking there was something missing from the picture. What about sex?

The lights were low, but you could see the art. While admiring the butt's-eye view of a painting bigger than I, I felt a real, live butt settle onto my lap. I thought Luis had explained to the crew why I had come. I found myself meekly telling the butt's owner, "I'm a journalist -- here to do an interview ..." She was rotating her rear over my crotch. I somehow got out of that ... bind, and approached a cocoa-colored girl in the kind of tight pants called chicles here, because they stick to skin like gum.

"What's so special about caleqas?" I asked. "Oh, we're known all over the world," she answered casually. "When I was in Spain once, every time I said, '... from Cali,' the men drew closer; they wanted to dance with me." Being where we were, I figured I'd pop the question. "But does your ability as lovers have anything to do with it?" "Definitely," she replied. I asked her to explain. "We give great head," she said.

I was beginning to get a handle on the whole thing, but there was still something missing. I looked up Anibal Arias, one of Cali's few notable poets. He has written a lot about the women here, and uses salsa clubs and bars as his mise-en-schne.

"It's their way of communicating with their bodies, with their voice," said the bearded smoker of nonfilters. "They have a certain grace in their step," he continued. "And it's like they get better as the week goes on, until Friday at about 2 in the afternoon, when you can see they're ready for the rumba, and for sex."

Since I was talking to a guy who thinks things through, I asked what effect the mystique surrounding the women of Cali had on the women themselves. Mr. Personal Encounters had told me, "It's good for them; they are accepted for that." But I mentioned to the poet that my research for the story had led me to the extremes caleqas go to in order to look good, including plastic surgery, which surgeon Luis Alfonso Parra said was seen "like going to the country club, or out for dinner."

"That's a deformation of the whole thing," said Arias. "You also have to see the flip side, which is the way men treat women. They've got a kind of caveman machismo in many ways, where the idea of possessing the woman and her beauty is pretty widespread."

I needed to talk to someone who could address this last issue -- the meaning of the mystique. She was Diana Britto, a social psychologist who studies gender. "This is a woman who makes life agreeable for men," began Britto over the phone. "Especially in the aesthetic realm. She's exuberant, she shows off her attributes like a peacock. Beauty takes precedence over intellect, and the woman plays a secondary, passive role."

She also mentioned plastic surgery. "A friend of mine from Spain, when he came to visit, asked me, 'Are all the women here big-breasted?' 'No, it's a silicone carnival,' I told him."

What would she like to see? "There's no need to make a difference between beauty and intellect, as if a woman with both were a monster. And the woman doesn't need to be the same as the man; she's unique. She just doesn't always have to be passive," said the psychologist. Would she change the caleqa -- that is, have her lower her miniskirt and high heels in the office, and lighten up on her flirting? "Are you kidding? I love looking at them in those skirts, and the way they walk and dance ...!" It's enough to make you downright arrecho.

Timothy Pratt is a freelance journalist living in Cali. His work has appeared in the New York Times, the Times of London, the Chicago Tribune, the Economist and Suck.com.