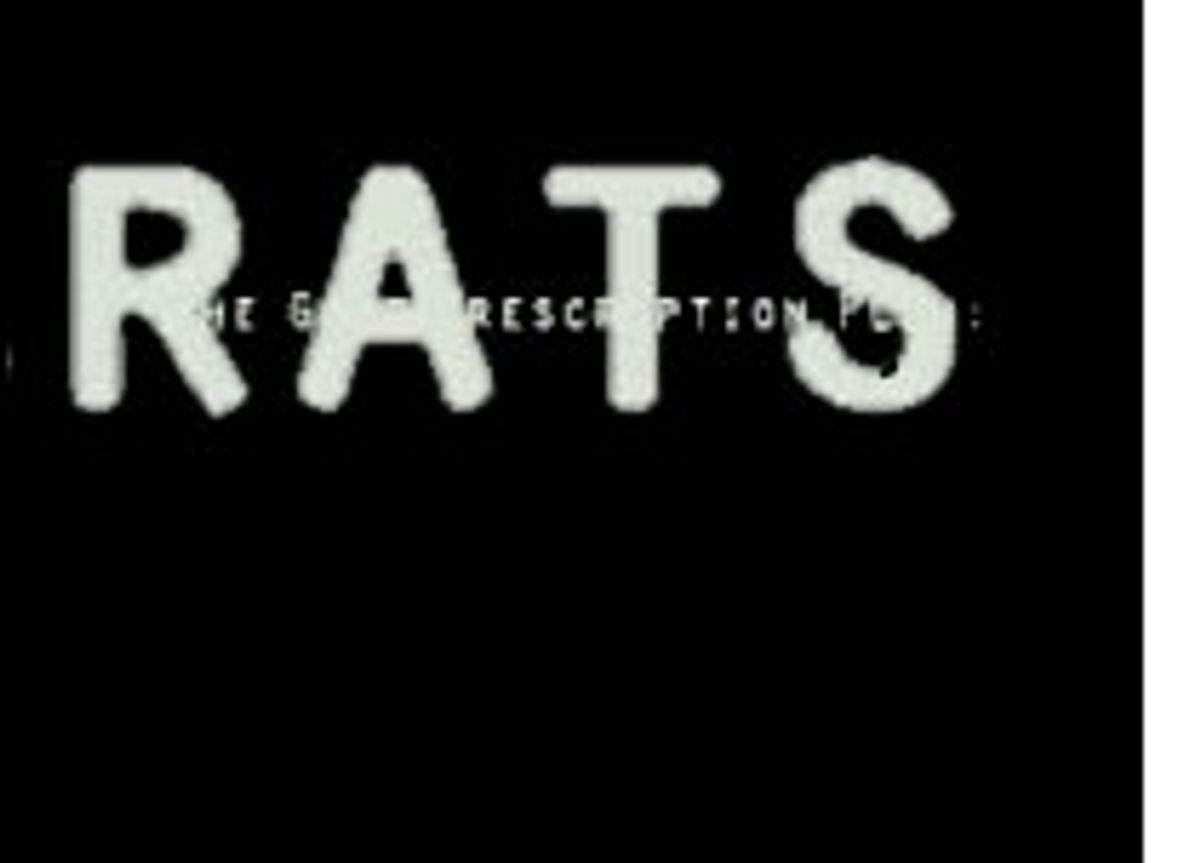 Republican adman Alex Castellanos was accused in a front-page New York Times story of creating an ad -- attacking Gore's plan on prescription drug benefits for seniors -- that flashes the word rats in oversize capital letters. The word appears for one-thirtieth of a second.

But by midday Tuesday, Castellanos' defenders started spinning an even wilder conspiracy: that the Times story was payback for George W. Bush's reference to Timesman Adam Clymer as a "major league asshole" just a week earlier.

"This is the New York Times' way of saying, 'You've screwed with Adam Clymer, now we're going to stick it to you,'" said one exasperated Castellanos associate. "Now it's today's big story. Fox News had it over two weeks ago. The fact of the matter is, the New York Times determines what is news and what is not. That's the story. We all know how the game is played."

Reached by phone Tuesday, Times reporter Richard Berke, who penned the front-page story, laughed off the suggestion that his story was part of a retaliation plot by the "Gray Lady." "Ridiculous," he said.

It is true, however, that the story first broke elsewhere -- and before the Clymer incident. Fox News reported the story of the rats freeze frame Aug. 28 -- briefly, at the end of a news broadcast -- to little political fanfare. But once it appeared in the Times Tuesday, it became the talk of the cable chat show circuit. (The national edition of the Times gave no credit to Fox News, though later editions of the paper included the sentence: "The commercial's embedded message also attracted the notice of Fox News, which mentioned it briefly on 'Special Report With Brit Hume' two weeks ago." The national edition is the earliest of the several editions the Times puts out.)

Fox anchor/pundit Tony Snow didn't peg the hoopla on a Times conspiracy, but said he thought the Democrats had managed to manipulate the paper of record. In his story, Berke wrote that it was Democratic activists who brought the ad to his attention.

"We thought it was a fun little story that we ran at the end of 'Special Report,'" Snow said. As far as serious news stories go, however, "this one's a dog," he said. "I think it just came on a slow news week, and the Gore campaign threw a scrap of meat to hungry reporters."

What's more, the ad in question had been criticized by Clymer in a Times article that appeared Aug. 29. Rating its accuracy, Clymer wrote: "On its central claim, zero." He went on to call the spot "flat-out wrong." Six days later, Clymer appeared at the Bush press conference at which he was the subject of the Texas governor's now-infamous slur.

Part of what gave Tuesday's Times story credence, sources say, is Castellanos' reputation as someone who plays rough. "He's one of the best in the business," said Dan Schnur, former communications director for the John McCain campaign, who has worked with Castellanos in the past. "He's one of the two or three smartest guys on our side. But in the fray, he's as nasty as they come."

Still, Schnur said, the rats message did not have the hallmarks of a Castellanos maneuver, and he does not think it was deliberate. "If he was going to put a subliminal message in an ad, it wouldn't be something cryptic. It would be something along the lines of "Bill Clinton is sleeping with your daughter," joked Schnur. "There are plenty of people in the business who would play that card, but Alex isn't one of them."

But many Democrats have a hard time believing the rats flash wasn't done on purpose. Political consultant Dan Carol, who was in charge of opposition research for Clinton's 1992 campaign, said, "Given the size of the rats stuff across the screen, it certainly bears more explanation than I've heard so far from Mr. Bush."

Tuesday, Bush called the implication that the Republican National Committee was using subliminal messages "bizarre and weird." And his campaign said that the ad, which has been running for more than two weeks, would be taken off the air that day.

When asked if he had ever seen anything like what the Democrats were alleging, Schnur responded, "Once, on an old episode of 'Columbo.' The murderer wanted his victim to come out of a movie theater, so he spliced pictures of salty and dry foods into the film and the guy came out and he shot him."

The Democratic National Committee, meanwhile, gleefully dug up old Castellanos quotes and mailed them to political reporters. One DNC e-mail cited an article that quoted Castellanos explaining to the Washington Times, in 1996, that consultants have an "obligation to run" negative ads, even if their clients object. When asked about the e-mail barrage, DNC spokesman Rick Hess said, "I think Castellanos' words are far more damning than anything I can say."

Castellanos is perhaps best known for a spot he created for Sen. Jesse Helms' 1990 campaign that showed a pair of white hands tearing up a rejection letter from a prospective employer. Critics say the ad intentionally injected the issue of racial preferences into Helms' race against Harvey Gantt, a black, liberal proponent of affirmative action.

A Democrat who worked for former Gov. Zell Miller of Georgia, a Democrat, in a campaign against Castellanos' client Guy Milner, a Republican, said negative ads are par for the course in any Castellanos campaign. "Everybody knows that he is a political butcher," the source said. "He's someone you don't mess with, because he runs some of the toughest ads out there."

The former Miller advisor cited a Castellanos-produced ad in which Milner's daughter told a harrowing story of the time her house was broken into and she awoke to find a strange man at the foot of her bed. The woman screamed and the man left, but the story was used in an effort to paint Miller as soft on crime and in support of lighter sentences for criminals. "It was heart-wrenching stuff," the former advisor said. "The only problem was [that the incident] happened in Nashville, Tenn., 15 years earlier, when [Republican] Lamar Alexander was governor. It was an incredibly negative, misleading ad."

That RNC ad had one trademark of Castellanos' spots -- questioning the opposing candidate's credibility. Castellanos took on the president in 1996, when he was asked to run the media strategy for Bob Dole's campaign. Castellanos created a series of ads called "How to Speak Liberal," most of which never aired. Much like the ad pulled by the Bush campaign, these ads went straight to the issue of the opposing candidate's credibility. One spot showed Clinton saying, "I will not raise taxes on the middle class to pay for these programs." An announcer then provided a translation: "In liberal talk, that means ... I lied and raised your taxes."

Dole campaign manager Scott Reed put the kibosh on the ads, arguing that Dole could not call Clinton a liar. Eventually, Castellanos was thrown a bone: One of the ads ran -- without the word "liar." But the spot aired only once. Still, those ads have become part of the Castellanos legend.

When asked about the ads after the election, Castellanos told CNN, "It's out of the old playbook. It's like what we did to [Jim] Hunt" (who ran against Helms in 1984). "First we call him a liberal. And when he says, 'No, I'm not,' great. Now you're a lying liberal, and we call him a liberal and a liar. That is how you ease into the character issue."

Castellanos is also known for his refusal to back down. At a 1996 panel shortly after Dole's defeat, Castellanos continued to take shots at the president. "Clinton isn't fit to make Bob Dole's license plate -- though he may soon be doing so," Castellanos said. A journalist in the crowd felt compelled to respond. "Alex," he yelled from the audience, "get over it."