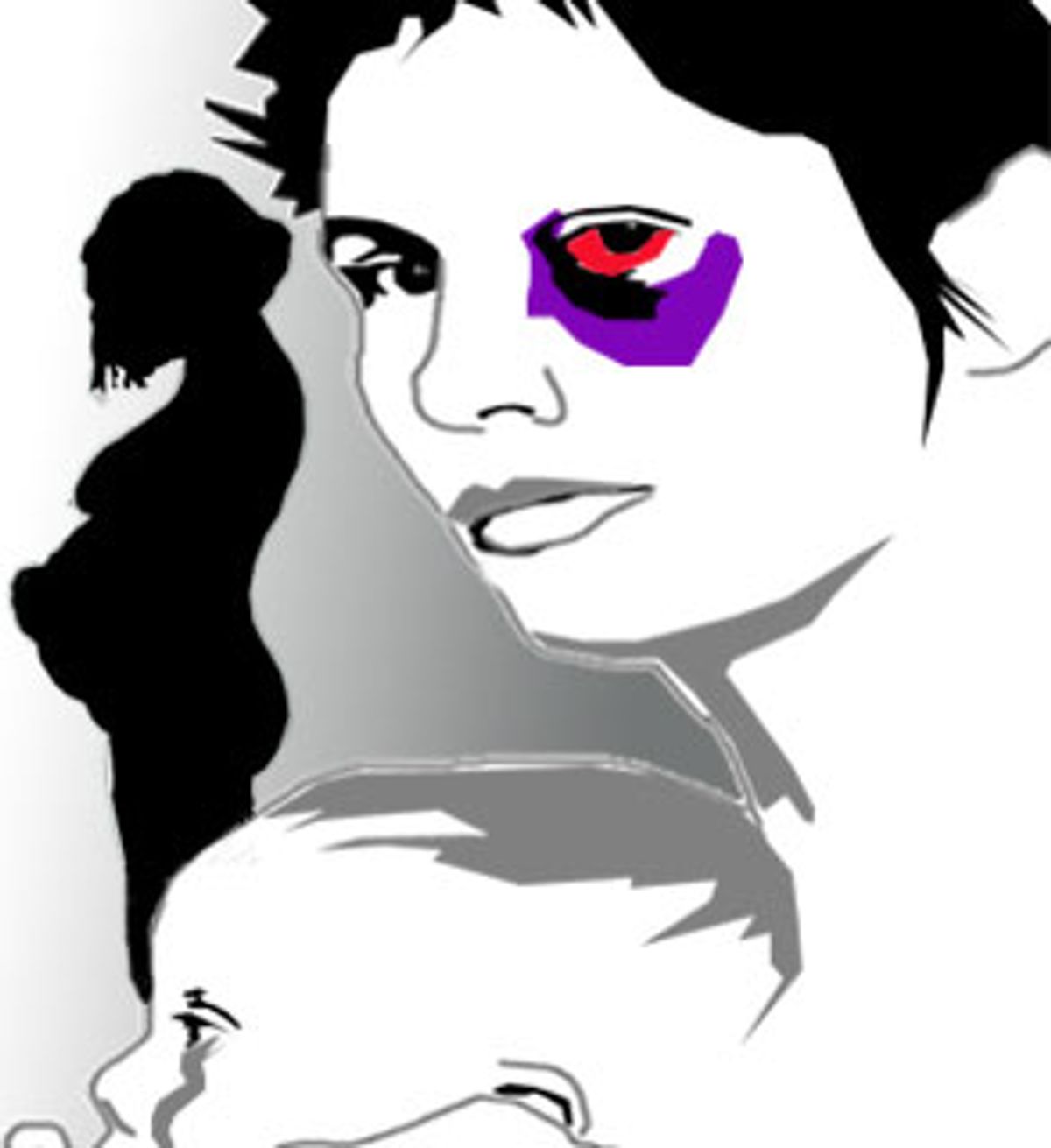 New York City's child welfare agency is taking women's socially assigned responsibility for children to astonishing new levels. Thanks to a 1998 state court ruling, which says that subjecting children to scenes of domestic violence suffices for a charge of neglect, social workers are now accusing battered women of "failing to protect" their fetuses.

This Draconian policy negates women's right to be free from violence and unfairly replaces it with a responsibility to shield their fetuses from harm.

This summer, the New York Times reported several cases in which the state took custody of children whose battered mothers had been charged with neglect. Sharlene Tillett was among them, charged with child neglect because her ex-boyfriend beat her up when she was pregnant and she said as much to a hospital social worker. The state removed her son from her home two days after he was born, citing Tillett's "failure to protect" him when he was a fetus.

Tillett lost the chance to spend the first seven weeks of her baby's life with him. She was further prevented from moving to California -- her plan had been to put 3,000 miles between her family and her abuser. Instead she went to a homeless shelter for battered women. If her name stays in the child abuse registry, she may find job possibilities foreclosed to her.

Surely, this result is counterproductive, serving no sensible policy goal -- not family stability, physical safety or economic self-sufficiency, let alone the administration of justice. Domestic violence is one of women's biggest undiagnosed health problems. Routine questions at hospitals to detect abuse are a positive step to identify women who need help. But in New York, those questions are instead being turned into a weapon against women.

The city's child welfare practices recall an Alaska law that mandates the dissemination of literature to public health patients warning of the "fetal health effects of chemical abuse and battering during pregnancy." A fine suggestion, but what good does it do to ask a woman to a eschew beating as she would a cocktail? If the legislators wants to improve birth outcomes, they will have to do something more.

Nicholas Scoppetta, commissioner of New York's beleaguered Administration for Children's Services, suggests that if a woman fails to keep a batterer away or refuses to move to a safe place, the state should remove her children. Again, where are women's needs in this picture? The women profiled in the New York Times story were not living with their abusers and had severed their relationships with them. Still, they were charged. Even a restraining order cannot guarantee that someone will stay away. Similarly, moving takes time, money and a place to move to -- resources women may not have.

Over the past 20 years, American society and government have shown an increasing willingness to impose on women ever higher standards of conduct in relation to their fetuses, forcing them to undergo cesareans and blood transfusions against their will and prosecuting them for such legal conduct as drinking alcohol during pregnancy. The city's fetal neglect policy ratchets those standards still higher, condemning actions that pregnant women cannot always control.

Filing neglect charges against battered women renders invisible their very significant pain. The policy attempts to exchange the ugly reality of a man's violent assault on a woman for the image of her as a bad mother -- even before her child is born. In an attempt to fight this institutional reassignment of blame in situations of domestic violence, lawyers for a group of women in New York recently filed a class action suit against the Administration for Children's Services, alleging that the agency's intervention constitutes mistreatment of battered women with children.

Perhaps the threat of legal action will force the city to realize that it cannot hope to end domestic violence or child abuse without holding accountable the perpetrators of that violence and helping, instead of punishing those who are afflicted.

Rachel Roth teaches political science and women's studies at Washington University in St. Louis. She is the author of "Making Women Pay: The Hidden Costs of Fetal Rights."