Drug war money from the U.S. has helped prompt a retrial in Peru for jailed American Lori Berenson. 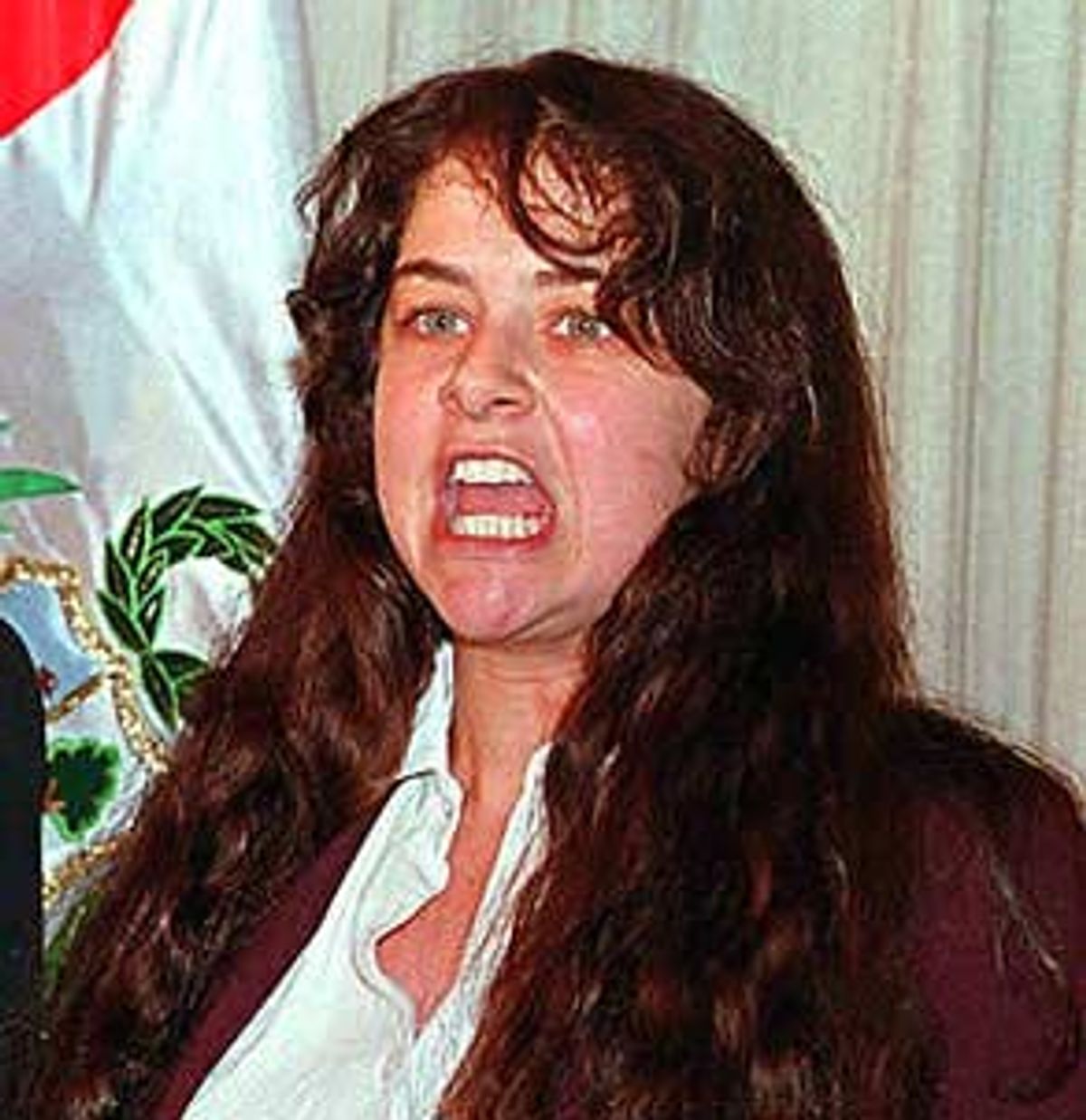 The trial proceedings that began Tuesday in Lima, Peru, would be scarcely recognizable to North American eyes. The accused, questioned for hours Tuesday, has yet to be told the charges against her. As the trial goes forward she will be presumed guilty, and will try to defend herself in courts which "do not meet internationally accepted standards of openness, fairness and due process," in the words of the U.S. State Department.

And that is the good news for Lori Berenson. The last time she sat in a Lima courtroom, in 1996, it was a secret trial before hooded military judges, who never let her challenge the evidence against her. Convicted of treason and being a terrorist ringleader, the then-26-year-old New Yorker was sentenced to life in prison.

Now, after five years on the political margins, Berenson's case is suddenly center stage on two continents. Peru's Supreme Court of Military Justice abruptly voided her first conviction late last month. Now Berenson is being retried by a civilian court. What has changed is not just the venue of her hearing but the stakes in its outcome -- for Peru as well as for Berenson herself.

On the first day of the new trial, her Peruvian lawyer Jose Luis Sandoval told Salon that Berenson "denied all ties of a collaborative nature" with the Tupac Amaru Revolutionary Movement, the revolutionary faction with whom she has been accused of plotting an attack on Peru's Congress. Berenson -- arrested in a 1995 roundup of MRTA leaders by Peru's anti-terrorism police -- denies ever participating in violent acts, according to Sandoval.

Meanwhile, on Friday, President Alberto Fujimori was confronted in New York over the case by the Rev. Jesse Jackson, who crashed Fujimori's luncheon speech to bankers at the St. Regis Hotel. Jackson pled for Berenson's immediate release, which he said would be "a smart thing" for Fujimori to do. Later in the afternoon Fujimori was reportedly pressed privately by Secretary of State Madeleine Albright.

Fujimori's rhetoric on the Berenson case has changed almost as abruptly as her conviction was overturned. When Berenson was arrested in 1995, Fujimori waved her passport on national television. As recently as this summer he derided his election opponent for raising questions about this case. Yet in New York last week, Fujimori sounded a different note: Although his Justice Minister Ernesto Bustamonte insisted that Berenson's case is in the hands of the judicial branch, "We are always willing to dialogue," Fujimori responded to Jackson, who has said he will travel to Peru on Berenson's behalf.

What is behind this seismic shift in a case that until recently seemed little more than a doomed cause? In part, it reflects the slow maturing of a legal and political campaign by Berenson's parents, who have devoted themselves single-mindedly to her release since 1996 -- a campaign chronicled in her mother Rhoda Berenson's soon-to-be-released memoir.

But the reopening of Berenson's case is as much a response to a crisis of Fujimori's own making. To the international community, Berenson's case is now emblematic of a corrupt and authoritarian regime that resists change even as most of Latin America gropes toward democratic reform.

While nations like Guatemala and Chile have established truth commissions to document past atrocities, Fujimori last year withdrew his government from the jurisdiction of the Inter-American Court of Human Rights, and Human Rights Watch blasted the Peruvian justice system for "arbitrary arrest, prolonged pretrial detention, lack of due process and lengthy trial delays."

This summer, while Mexico's election ended the presidential monopoly of its ruling party, Fujimori engineered the theft of his national elections -- an election so fraudulent that even the caudillo-tolerant diplomats of the State Department felt obliged to condemn the outcome.

As a result, the Berenson case is suddenly seen even by some factions in Fujimori's government as a desperately needed chance to restore credibility.

Earlier this summer, documents originating with the Peruvian secret police were leaked to two reporters for the magazine the Nation (where I am a contributing editor). On the one hand, those records support the Peruvian police investigators' view that Berenson had indeed been involved with the MRTA at a low level, helping maintain a "safe house" for the rebels. The records, and the suggestion, were immediately denounced as fraudulent by Berenson's U.S. attorney, former Attorney General Ramsey Clark.

But even if taken at face value, those leaked documents painted a picture grossly at odds with the charge of Berenson as a terrorist ringleader. It was as if elements of Peru's justice system were seeking a face-saving way to reconsider what had turned into a costly case.

It must be noted that Berenson's retrial is also tied to a key U.S. foreign policy interest: Washington's drug war and the commitment of $1.3 billion in military aid to neighboring Colombia. In New York last week, Fujimori tried to recast himself as an anti-drug strategist, proposing a global system for seizing and redistributing the bank accounts of drug traffickers.

Peru has in long been central to the plans of drug czar Barry McCaffrey. In 1998, McCaffrey warmly praised Peru's shadowy secret police chief Vladimir Montesinos, only to back away from Montesinos after human rights advocates pointed out his role in the imprisonment of at least 1,500 innocent individuals under draconian anti-terrorism laws. But last year the McCaffrey-Montesinos relationship was rehabilitated, with the drug czar praising Montesinos during a visit to Lima. Suddenly, the incarceration of a young American woman under dubious circumstances is an obstacle to full enlistment of Peru in the increasingly militarized drug war.

What will happen to Berenson is still a wide-open question, Despite his conciliatory language in New York, in Peru President Fujimori and his justice minister have predicted she may yet serve a long prison term. Terrorism remains, as Fujimori noted in New York, "a delicate issue" for the Peruvian middle class, which remembers long years of violence from the Maoist Shining Path guerilla sect (a far larger group than the MRTA). Peruvians remember a defiant television appearance by the newly arrested Berenson in 1995, and a poll this week showed 52 percent of Peruvians oppose her new trial.

Many observers predict that the Peruvian courts will split the difference in Berenson's new trial -- finding her guilty of collaborating with the MRTA, but sentencing her to the time she has already served. Yet any conviction -- and any version of the "facts" presented in this trial -- will remain clouded by the imbalances in Peru's antiterrorism laws.

Make no mistake: It is Peru's legal system as much as Lori Berenson which is on trial this week. Through the unlikely combination of an American radical sympathizer, Washington's drug war and Peru's own factional politics, a country which just two months ago was an international laughingstock has an opportunity to redeem its justice system, and show itself capable of stepping past the overwrought emotions and laws which continue to afflict hundreds of similarly convicted but internationally anonymous "suspects."