Last year, the Net won its first legal battle against the music industry. But in doing so, it may have lost the war. 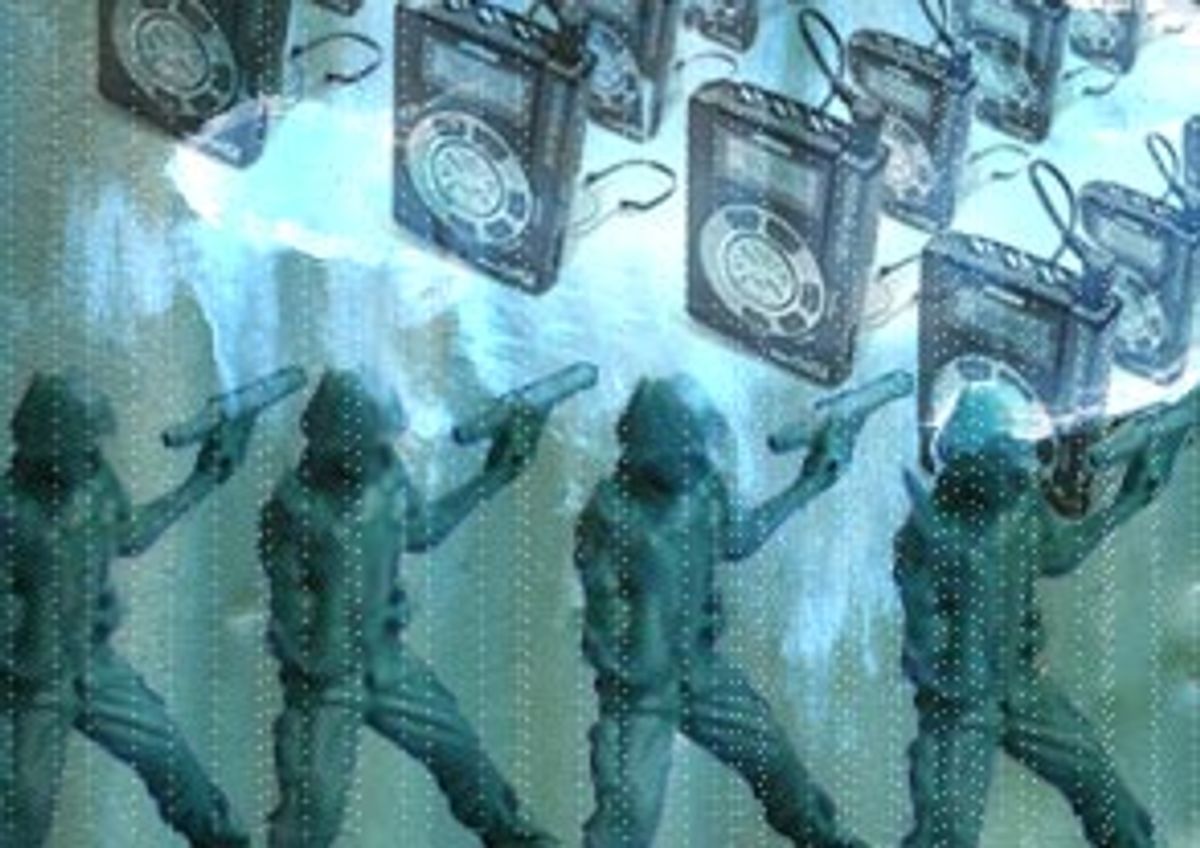 Giddy doesn't begin to describe the euphoria that swept through the second annual MP3 Summit in June 1999 when the news spread that an appeals court had ruled that the Rio portable MP3 player did not break the law.

In the first major legal test between the music industry and the Net, between the Recording Industry Association of America (RIAA) and Diamond Multimedia, the new guys had come out on top.

"The whole thing was electrifying," recalls Ken Wert, then vice president of corporate marketing for Rio's parent, Diamond Multimedia. "It represented a changing of the guard, of the Internet changing the rules."

But 15 months after Diamond's victory, as Napster and MP3.com fight for their lives in court after suffering a string of lopsided judicial defeats, observers are wondering whether some in Silicon Valley read too much into the Diamond win. The landmark case may instead have provided, as Emusic chairman Bob Kohn puts it, "a false sense of security" among pioneering online music players -- thus setting up the current litigants for a big fall.

"Was Diamond a significant defeat for the RIAA? Sure. Was it spiritually energizing and delusional, in that it created the idea that all of a sudden the Berlin Wall had fallen down? For some," says Jonathan Potter, executive director of the Digital Media Association.

"Some people didn't look at the specifics of the case and got the feeling the gates were open," suggests Wert, now CEO of Riffage.com, a music and media company. "They figured the law doesn't cover the new technology stuff and the feeling was the courts will give us the benefit of the doubt." That, says Wert, turned out to be "wishful thinking."

The Diamond case, while often portrayed in the press as a sweeping win for technology companies over record labels, was actually decided on quite narrow terms. Indeed, instead of providing a precedent upon which Napster and MP3.com could build, the decision may actually have had the opposite effect -- the RIAA's humbling Diamond loss may have worked to the organization's benefit by forcing its legal team to sharpen its strategies, an adjustment MP3.com and Napster are now paying for.

"The Internet music industry was probably too full of itself after the Rio case, says Potter. "But that's part of the ebb and flow of building our industry."

In late 1998, in an attempt to bar Diamond from introducing its portable Rio player to the U.S. market, the RIAA sued for an injunction, arguing that the player did not comply with the Audio Home Recording Act (AHRA). That legislation, passed in 1992, was a quid pro quo compromise between the music industry and the home electronics industry. Concerned that new digital CD recordings would allow consumers to make perfect copies and therefore bypass buying albums, the music industry required "digital audio recording devices" to incorporate circuitry that prevents serial copying and for manufacturers to pay royalties into a fund distributed to copyright holders. In exchange, the music industry would grant consumers immunity from copyright infringement for making copies.

But Judge Diarmuid O'Scannlain of the 9th U.S. Circuit Court of Appeals ruled that the AHRA did not apply. He concluded that because the Rio works in tandem with a computer hard drive, the RIAA's argument "is contrary to the statutory language and common sense," and that "the Rio is not a digital audio recording device subject to the restrictions of the Audio Home Recording Act of 1992."

The Net rejoiced. The attack on Rio was the RIAA's first high-profile Internet prosecution, and the Diamond ruling couldn't help setting the tone for the unfolding debate between record companies and the online world.

As Napster's Sept. 12 filings with the 9th Circuit Court illustrate, the Diamond case remains central to the company's claim that it's not liable for copyright infringement. Again and again, Napster lawyers come back to the Diamond case, arguing that because Rio did not fall under the Audio Home Recording Act, Napster's file-sharing community should also be exempt. So far, Napster has had zero success with the strategy -- District Court Judge Marilyn Hall Patel went so far as to dismiss it as "irrelevant."

Similarly, when defending its MyMP3.com service earlier this year against a suit brought by the RIAA, MP3.com also relied heavily on RIAA vs. Diamond, hoping to use the ruling to create a "fair use" defense. But Manhattan federal District Court Judge Jed Rakoff would have none of it: "In sum, on any view, defendant's 'fair use' defense is indefensible and must be denied as a matter of law."

The real beneficiary of the Rio decision, say industry experts, may actually be the loser, the RIAA.

"The RIAA learned a lesson and that is you find a case you can win, and you drive it," says Potter. "The MP3 case has nothing to do with consumer application or fair use or downloading. It has to do with one act: MP3.com reproducing CDs onto MP3 servers. They could've brought a much broader complaint, and they probably would've lost. Instead this one had home run potential for summary judgment." The RIAA did in fact win its MP3.com case on summary judgment.

"Anybody who thought record companies were going to crawl back in a hole after Rio didn't understand the depth and intensity of these companies' allegiance to their shareholders, their assets and their own paychecks," notes Potter.

Others suggest the arrogance adjustment undertaken by the RIAA in the wake of the Rio loss has served the association well this year. "They thought they had Diamond nailed and there was a lot of bluster," remembers Wert. "I don't think they'd lost a case in 30 years because they usually go after legitimate criminals, like warehouses duplicating CDs. They're usually right on principle."

Instead, says Wert, the RIAA learned a valuable lesson from Diamond: "We better take this stuff seriously."

Now, as Napster scrambles to stay alive, awaiting its Oct. 2 court date for final arguments, it is turning once more to the Diamond case for help. But Kenneth Steinthal, a partner at Weil, Gotshal & Manges who specializes in intellectual property, wonders if Napster will find any relief. "The RIAA's case against Diamond was about trying to stop new technology. Its case against Napster is about trying to stop infringing. Those are two very different things."