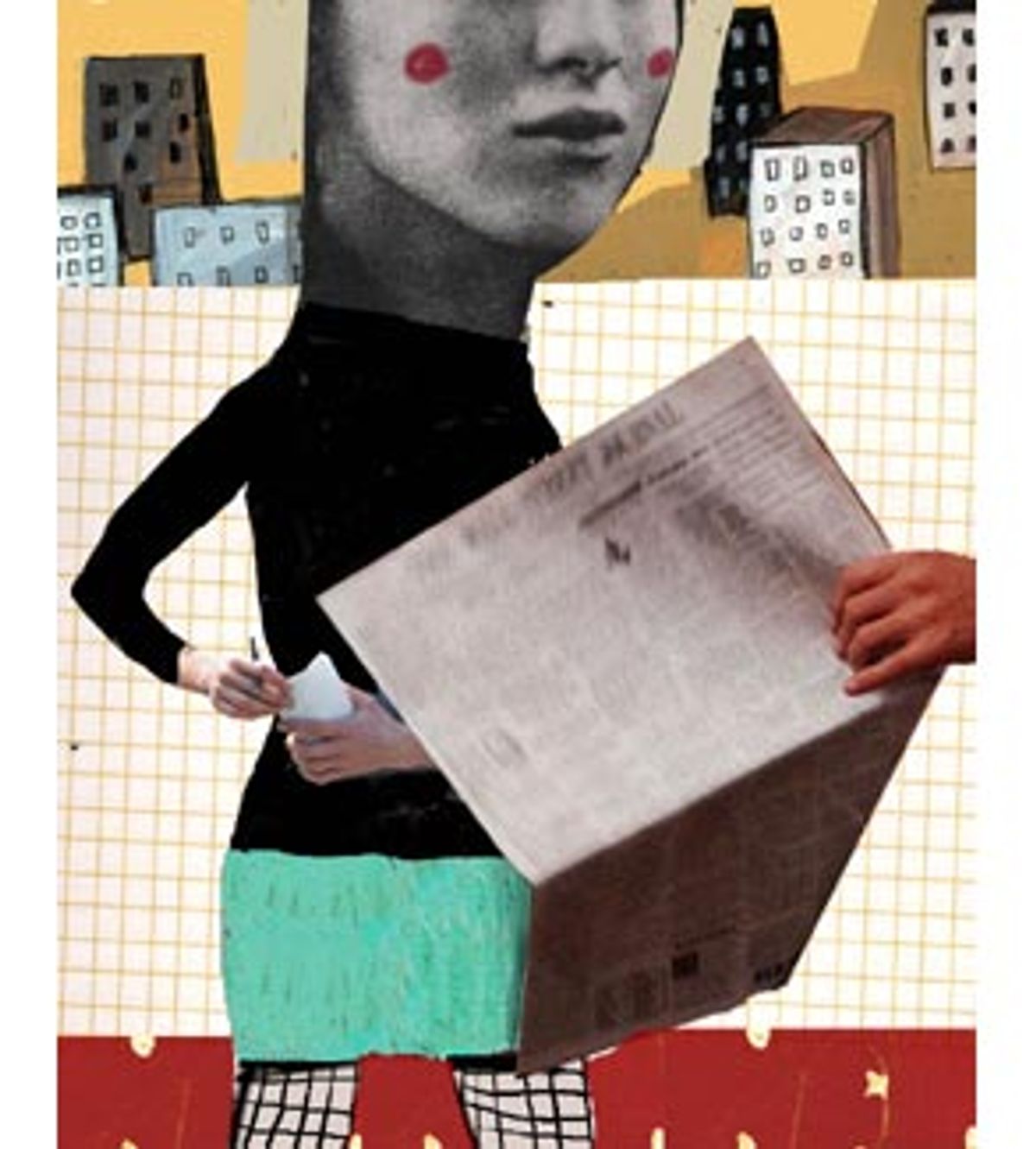 A decade ago, business writing had the reputation as a refuge for geeks and freaks.

Now, I'm one of those scribes tethered to Dow Jones, a Palm Pilot and P.R. harassment on my cellphone. Yikes.

At least for me, it happened by accident. I washed up on the shores of San Francisco after being a freelance writer in South Africa for four years. My then-boyfriend -- a freelance photographer -- was in tow, but two freelancers under one roof made for shaky financial times. One of us had to get a job. And since my ex didn't have a green card, the risumi-sending task fell upon me.

Soon enough, I found a job at Wired, one of two national magazines in town at the time. It seemed like an amusing place to the work, even though at that point, I barely knew what the Web was. When fellow staffers called me a "newbie," I had to ask what the word meant.

But it was at Wired where I absorbed the "business of the Web," the locomotion behind the new economy. When I started to freelance again, I found that subject had become my specialty.

Five years later, I'm still making a living writing business and technology stories. But instead of being a journalistic outcast, I'm now among a large and growing group covering one of the hottest beats around.

What happened? Why did business journalism suddenly become sexy?

Much of it has to do with the veering economy and the obsessed audience business journalism has garnered in the past few years. Half of all Americans now own stock; tens of thousands, inflamed by the Wall Street gold rush, are trading stocks online; and market talk has supplanted politics as popular dinner-party natter.

Indeed, those who only a few years ago had absolutely no interest in business news suddenly find themselves waiting anxiously for corporate earnings or Alan Greenspan's latest uttering on the economy. "IPO" and "venture capital" have become household words, and high-profile CEOs and dot-com entrepreneurs are covered like celebrities, making front-page news with their latest follies.

"The whole culture is more business-oriented," says Stuart Silverstein, a business reporter for the Los Angeles Times and a USC journalism instructor. "More Americans have a stake in this stuff than ever before."

The media isn't complaining, because all this has meant a bigger, richer readership with divine demographics, which equals fat ad revenues and voil` -- more business journalism.

Business and trade magazines, as well as a plethora of financial Web sites, have emerged in force -- not just creating journalism jobs, but reaping cash for their creators. Now, these publications are among the fastest-growing magazines around. For this year's first eight months, Red Herring's ad revenues jumped from $7.9 million to $40.9 million compared to the same period last year; the biweekly Business 2.0's revenues leaped from $6.1 million to $44.1 million and the weekly Industry Standard vaulted up from $11.5 million to $90 million, according to Publishers Information Bureau.

And the year isn't even over yet.

Newspapers, many of whom for years saw its business departments as brackish backwaters, also want in on the ad money and money-hungry readers, and are beefing up their own coverage.

"Just in the last year, we have gone from four to five pages of business coverage a day," says John Elsen, business editor at the New York Post. Says former business reporter turned baseball writer Howard Bryant of the San Jose Mercury News: "The attitude at our paper is that business is the biggest story going."

"It took me a while to appreciate the excitement of business journalism," says Elsen, a metro reporter who fell into financial writing five years ago. "But after freelancing for a while and deciding to take a job at a financial newsletter in New York City, I realized how it relates to everything, especially in a city like New York."

After reporting on the courts, cops and local politics, Elsen suddenly found himself writing about mergers and acquisitions -- a subject he initially knew nothing about. "It was a riot," he says. "It took me about six months to learn what the hell these Wall Street guys were saying to me in interviews. But then I began to see that it's all about raising capital, and that that activity is the underpinning of everything."

That kind of experience -- sort of falling down the rabbit hole into business writing -- happens to a lot of reporters. And in the beginning, the learning curve can be downright dizzying. (Elsen says he went so far as to approach financial analysts and say: "Teach me.")

But many editors are unconcerned, since they feel business -- like other subjects -- can be learned on the job. Even the Wall Street Journal, the daily bible of business, is known to hire writers with strong writing and reporting skills, but little business experience.

The hunt for people to cover business and technology during these boom times has meant boom pay, at least for some. "At the San Jose Mercury News, there was a lot of controversy over the 'haves' -- the business journalists who made significantly better money -- and the 'have-nots' -- other reporters on other beats," says Bryant.

For some journalists, there is also the lure of dot-com riches; people who cover technology and business often get a jump on lucrative dot-com jobs.

"There are a lot of people out there writing about this stuff with that agenda in the back of their minds. When stock options start to become as important as your lead, that seems really sinister to me," said Bryant, who went from covering business to baseball partly for that reason.

But there are also solid, non-financial reasons to get into business journalism, Silverstein says. "I tell my journalism students [that] if you want to write about ideas, business journalism is the way to go. With business journalism, you're not just writing about events, you're talking about the impact that business or technology has on people's lives. You have to translate, to articulate developments in the industry and figure out what it really means to people and society at large."