The author of "A Map of the World" picks five great books about depressed teenagers. 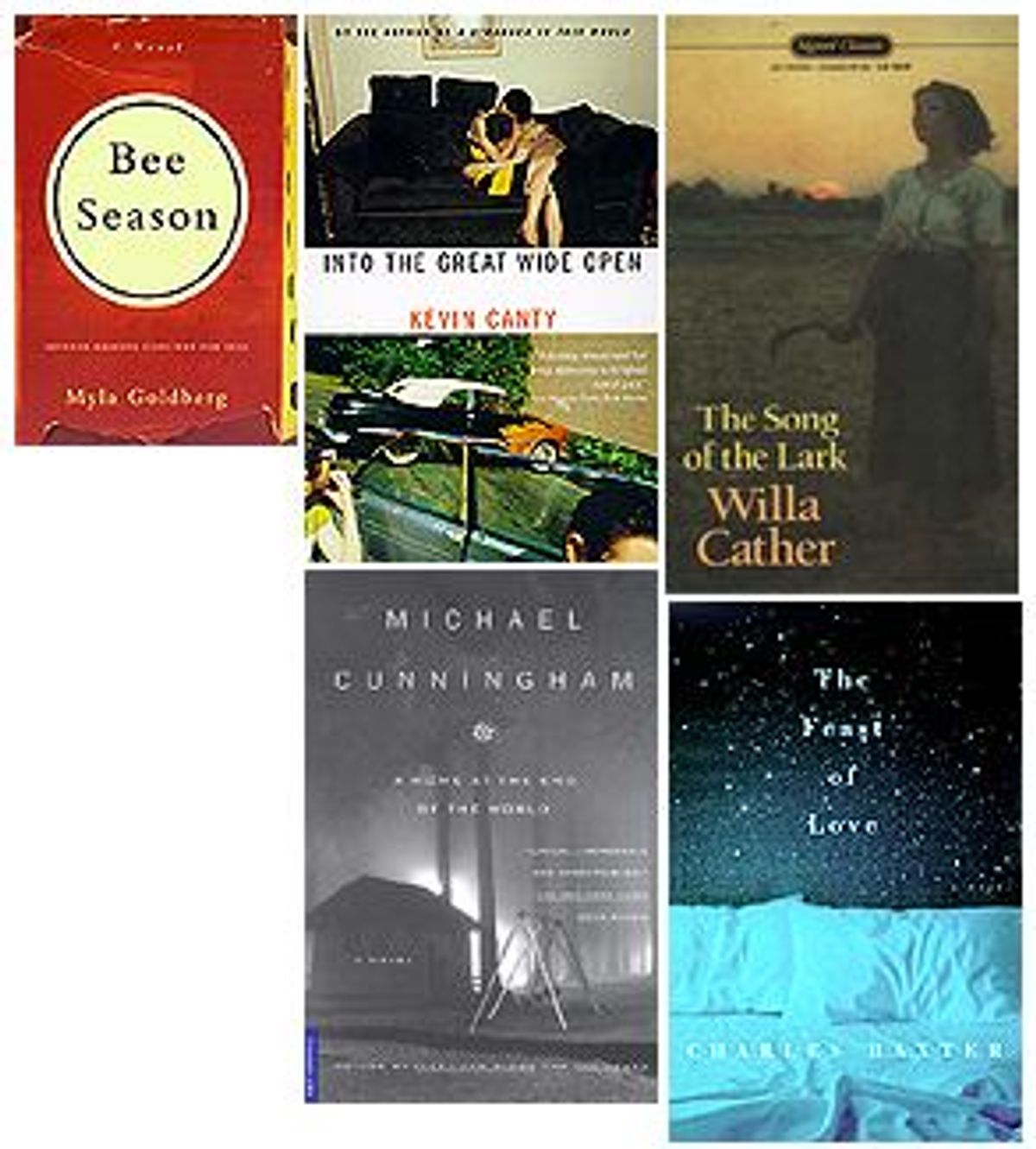 The teenage years are the perfect years for having a good, solid depression, and possibly even enjoying it. Any teenager worth his or her salt is required to think about God -- what the hell is he doing? -- love, death, the atrocities of history, the meaning of life, the weirdness of sex and the absolute wrongness of the family he or she has been born into. Electra and Orestes and all the teens of the House of Atreus are probably the first adolescents in written history to need family therapy. Hamlet raises the bar. Holden Caulfield, after a few thousand years, actually gets to go to the shrink. There are so many terrific books about depressed teenagers that it's a terrible job to have to choose five.

The Feast of Love by Charles Baxter
The teenagers in this book are not depressed, precisely, so it's possibly cheating to include them in this list. They are having too much joyful, inventive and in-love sex to be depressed, it's true, but they are grappling, in their limited spare time, with death, eating, working and their lousy families. They are hilarious and poignant in their alternately cockeyed and clear-eyed look at the world.

A Home at the End of the World by Michael Cunningham
Cunningham wrote a short story called "White Angel" that became a chapter in this book about drugged-up brothers and one night when the world is changed. You have to read the book because there are sentences that will take your breath away, and because the "White Angel" chapter, in particular, is thrillingly sad.

Bee Season by Myla Goldberg
The brother of the heroine becomes unhinged because his spelling-bee-whiz little sister takes center stage in the family. What better way to retaliate, to thumb one's nose at one's Jewish parents, than to become a Hare Krishna? Goldberg so beautifully takes us first through his alienation and then his creative rebellion as he fashions a new self.

The Song of the Lark by Willa Cather
Thea Kronberg has great musical talent but lives in a small town in Colorado ... The seeds of depression are sown.

Into the Great Wide Open by Kevin Canty
Kenny loves Junie, but these two teen lovers are not Charles Baxter characters, the sun shining down into their broken hearts. When Kenny's heart breaks he's a goner; he is never going to recover; he's going to carry that perfect sadness in him past the grave and into the abyss. This depressed-teenager book is sublime.

Jane Hamilton is the author of "The Book of Ruth" and "A Map of the World." Her third novel, "Disobedience," will be published next month.