Others may envy those privileged hedonists who can afford to pay people exorbitant sums to beat them to an herb-scented pulp, but I know better. 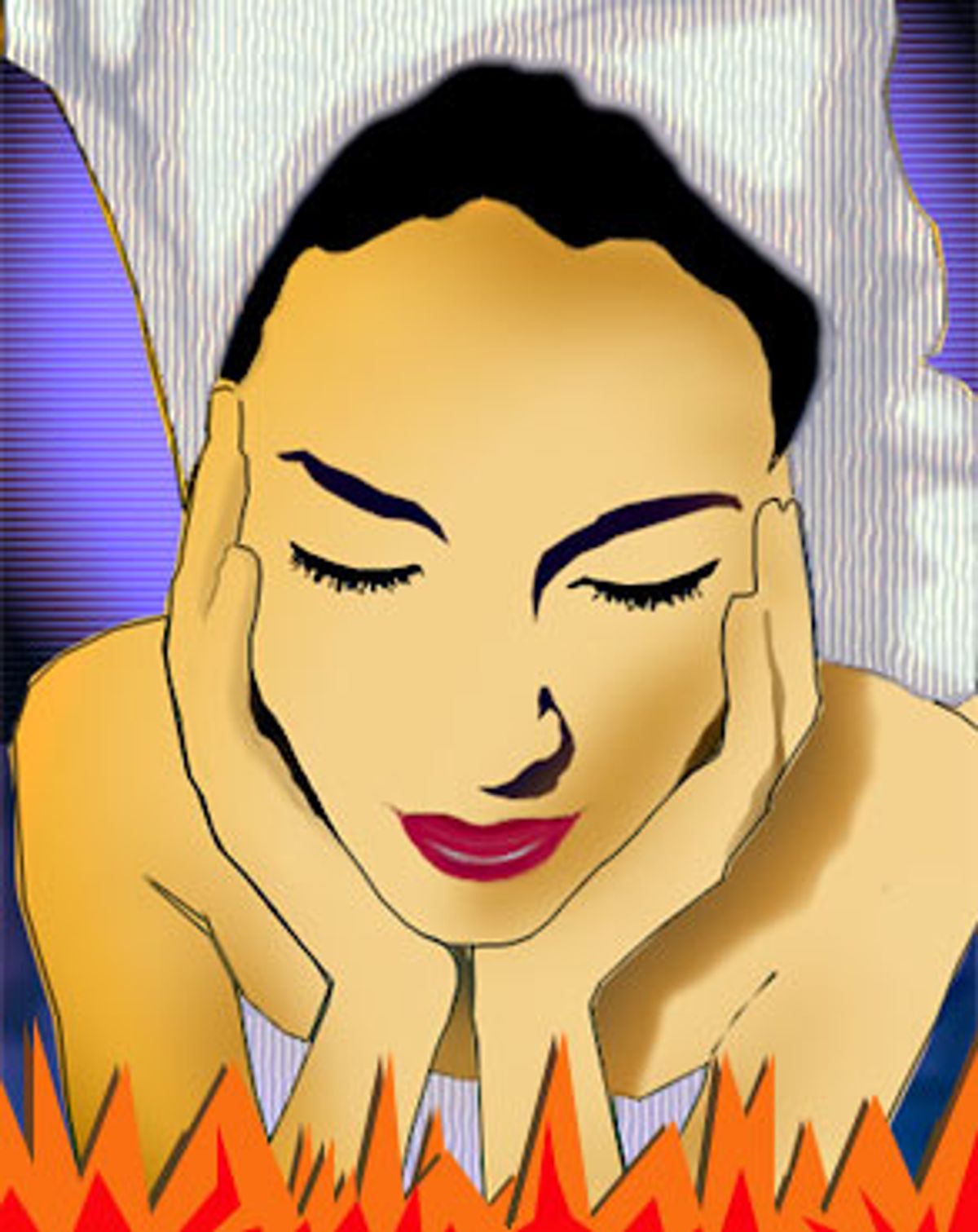 People are throwing money around like lunatics these days. This unnerving prosperity, which makes teenage stock traders millionaires before they fully outgrow the tooth fairy, has been accompanied by a surge in health spas. Repotting the cyclamen while your money makes money can be stressful, so folks have been escaping to Canyon Ranch or Golden Door or the Breakers for a week or two of much-needed rest, tennis and the expert, herb-enhanced massage of various tense or neglected body parts.

I don't envy them a bit.

In the prevailing spirit of "I don't care what you write about me, just spell my name right," I have been welcomed as a freeloading guest at a variety of spas. Say whatever you like about us, they tell me, knowing better than I that note taking can be thwarted and judgment blurred in a constant fog of lavender-scented mist or Jacuzzi steam. It is hard to remain conscious, much less adversarial, in the embrace of Mojave mud wraps and oxygenating facials.

I enjoy an expert rubdown as much as the next woman. But my research has uncovered a secret: After the novelty wears off -- and it wears off faster than the glow from one's first Dead Sea salt scrub -- this stuff gets really annoying. I have been buffed with crushed pearls, infused with vanilla and bergamot in a darkened "relaxation" capsule and hosed down like a circus elephant. I have had my lymph nodes palpated with suction cups, my extremities dipped in hot wax, my face vacuumed, my neck pulled like taffy and my hair oiled, wrapped and cooked like an enchilada. I have gone on aromatic "journeys" and languished in oversize tubs spiked with rose petals. And I have been followed everywhere, inside and out, by tinkly Windham Hill music. After a while I can't tell whether I'm really hearing it, because the ethereal flute-and-dulcimer tracks lodge themselves in my brain like jingles for a fast-food chain.

The standard length of a spa visit is a week. A week! If you ask me, that's a very long time to spend in a place staffed by people who can't keep their grubby New Age hands off you. "This will release the toxins," they tell you, over and over again. Whether they're jabbing your pressure points or patting your face with alluvial clay, it's all about those pesky toxins. Hey, isn't that what livers are for? I had one "detoxification" treatment in which a man in hospital whites placed an ice pack over my heart, covered me with a caterpillar tent and heated me to 130 degrees, all the while blathering about toxins. "Enough," I said. Am I a human being or a leaching field? Why not just call in the Army Corps of Engineers?

I was once a guest at a spa where we could avail ourselves of a "wellness expert" who could customize a person's meals based on whether she was, say, a thyroidal mesomorph or an adrenal ectomorph. In the community fridge was a huge container of something labeled "thyroidal soup." Yum! Actually, spa food is usually very good (for $2,500 a week it damn well better be), but even the cuisine soon begins to, er, wear thin. Even if you're Jacques Pepin there are only so many ways to disguise a Grape-Nut. I arrive at spas with a secret weapon: a sack of chocolate. In certain spa circles this is the moral equivalent of smoking, and once, when I mentioned my stash offhandedly at the dinner table, the other women actually gasped and (was I imagining it?) moved away a bit.

Before my magazine-underwritten spa phase, before freelance-writer friends began expressing their solidarity with the words "I hate you," I would not have believed someone in the throes of a full-body massage could actually be wishing she'd brought along her book. But now I know that after a few days of "treatments" I get itchy, blotchy, irritable and acutely unrelaxed. Not being ill, I grow resentful of being repeatedly washed, as if I can't or won't wash myself. I develop a whopping blemish from that overzealous "detoxifying" facial. My ultraconditioned hair hangs like overcooked capellini. I grow nauseated from the unrelenting infusion of "healing" aromas and I begin to get creeped out by the parade of tousled, entitled adults floating around in white spa robes like extras in "Defending Your Life."

Two days, three days tops, and I long to return home and soak in the prosaic water of my own regulation tub. I long to wash my own face and drink something without a blossom or a sprig bobbing in it. I long for real coffee and chocolate and a romp with my dog, the truest, most reliable stress reliever I know.

So don't waste time envying folks heading off to Palm Beach, Fla., for a rendezvous with a Turkish towel. After a few days they're bound to realize what I have: Perhaps you can't be too rich or too thin, but you can be too clean.

Susan is a writer and contributing editor to Health magazine living in Provincetown, Mass.