Are Candace Bushnell's heroines looking for love or practicing the world's oldest profession? 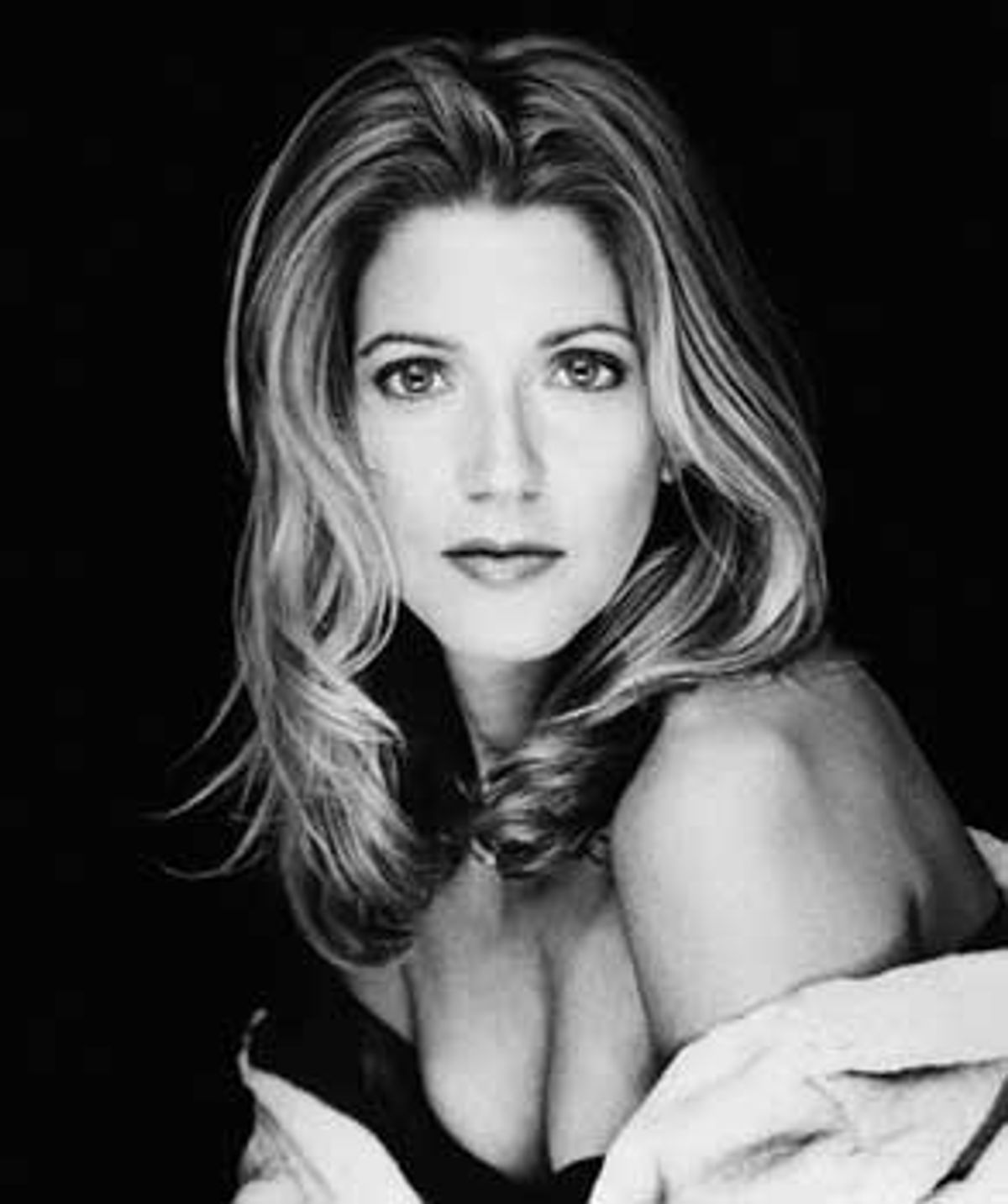 Are all women whores? This question runs through "Sex and the City" author Candace Bushnell's second book, "4 Blondes," a collection of four novellas that is at first glance a salacious, glamorous portrait of upper-crust New York life, but on reflection a depressing reflection of mainstream American mores. Each of the four novellas centers on a blond who is what some in an earlier age would have called an adventuress, a woman prepared to trade herself and her integrity for money and position. (They are only incidentally blonds, by the way; the cutesy novella titles, each alluding to a different blond-making process, wear thin quickly.)

In "Nice N' Easy," Janey, a former model and "lukewarm celebrity" who's never made it big, shops around each year for a rich guy to provide her with a Hamptons house for the summer: "Janey had no money," Bushnell writes, "but she found that was irrelevant as long as she had rich friends and could get rich men." In "Highlights (For Adults)," Winnie Dieke, a journalist who writes a "political/style column" for a major newsmagazine, is thrown into crisis because her journalist husband is doing no better than she is career-wise and has not fulfilled his promise of bringing her to new levels of fame and fortune. In "Platinum," "Princess Cecelia," a shallow, drug-addled beauty who's managed to marry an actual prince, descends into paranoia and despair once she finds herself in the fishbowl of everyday life with him. And in the final novella, "Single Process," a single Manhattan sex columnist edging past her peak marriage years (sound familiar?) travels to London on an assignment and lands herself a rich Englishman.

Bushnell has been pilloried for her depictions of gold diggers, as though she invented or endorsed them. But as a cursory attention to reality will confirm, the materialistically inflected gender relations that "4 Blondes" depicts among Manhattan's elite hold true across much broader geographic and income categories. Yes, one-third of American wives now outearn their husbands ... but two-thirds don't. Yes, there are plenty of young women who decry marrying for money, but how many of them would marry a man they knew would never make as much money as they do? Money is too tied to power, and hence to our perceptions of sexiness, to be removed from the marital equation. If anything, Bushnell removes the glamorous veneer from the notion of marrying for money by her focus on the minutiae involved -- the awful sex (in "Nice N' Easy") or no sex (in "Highlights"), or the large and small humiliations of depending on someone else for money (in "Platinum"). After meditating on Bushnell's descriptions of the dailiness of life with a man one does not love, some readers might even change their minds about how attractive a "good marriage" like Cecelia's seems.

One of the problems with our current system is that men want women in general to be whores but their own wives to be chaste, or, put another way, men want to be able to buy a wife, but not to have her bought by anyone else. Another problem is that women want men in general to treat women equally but the particular man they marry to support them, or, put another way, women want to be able to be bought by a man, who will then not buy anyone else. While women don't want to be dependent on men, considered as a group, most women feel that it's sexy to be dependent on the particular man they have chosen. They are feminists -- except when it comes to how they live.

It is not greed alone that keeps women selling and men buying. In an era in which other gender identifiers have melted away, money remains one of the only ways to tell who is who. And most people are quite anxious to know where they stand on the gender spectrum. In the nearly gender-neutral (and sex-free) marriage of Winnie and James, the issue of who earns more money is the central signifier of gender. And when each of the partners has an affair, they choose to exaggerate the financial divide. Winnie goes for a fabulously rich movie star, while her husband picks a more junior version of Winnie.

For the most part, Bushnell's ideas about the world reduce to the depressing but generally valid principle that everyone is for sale. (Oh, some heroes and ideologues and mulish types aren't, but the Bushnell worldview describes most of those one meets.) Perhaps because of Bushnell's relative artlessness, these ideas loom larger. In Bushnell's world, precious little happens because someone is looking for a human connection, enlightenment or to get perspective on her life, or even because she wants to see a new place or have a new aesthetic experience. The characters in "4 Blondes" don't have interests. They aren't eager to see the latest art show or opera, ski or play tennis, visit Borneo or Alaska. They only have goals: furthering their careers, marrying well, having a large house in a prestigious location, rising in society.

The inner lives we enter are one-dimensional -- human souls as imagined by someone from another galaxy who doesn't have a soul of his own. Or is this our galaxy, after a century that has greatly eroded the popularity of the soul? It's unclear whether Bushnell is merely writing down what she hears as she makes her way through a particular social universe, or whether she is making a conscious decision to show us ourselves in all our one-dimensionality.

Like "Blade Runner," but I fear more inadvertently, "4 Blondes" raises the question of what it means to be human. The extent to which we find Bushnell's characters human is the extent to which they fail to be purely rational economic actors. They have some vulnerability, if only that which springs from their inability to make the right moves all the time. Janey, for example, thinks that one mogul she's sleeping with is "expanding her sexual horizons" by only engaging in anal sex with her, until she hears from someone else that refusing to have "regular sex" is his preferred method of avoiding inconvenient entanglements, such as paternity suits.

I've always found that the most surprising aspect of life is how bad most people, even mercenary people, are at actualizing their self-interest. Most everyone is for sale, but most get a bad bargain for themselves. It takes Janey years to finally figure out that it's a better deal to rent her own small beach house than to put up with the men to whom she has sold her company in the past. And Princess Cecelia of "Platinum" has sold herself for a title and a fortune, but she appears to be going mad.

Such compassion as exists in Bushnell's world is mainly for those who bargain poorly. Though her subject matter is girly, the terms of engagement are as harsh as those of Wall Street. Bushnell says she writes about society, but she really writes about money. As if the two were different. The basic question raised by "4 Blondes" may really be, "Are all people whores?" Theodor Adorno perhaps deserves the last word: "Wrong life cannot be lived rightly."